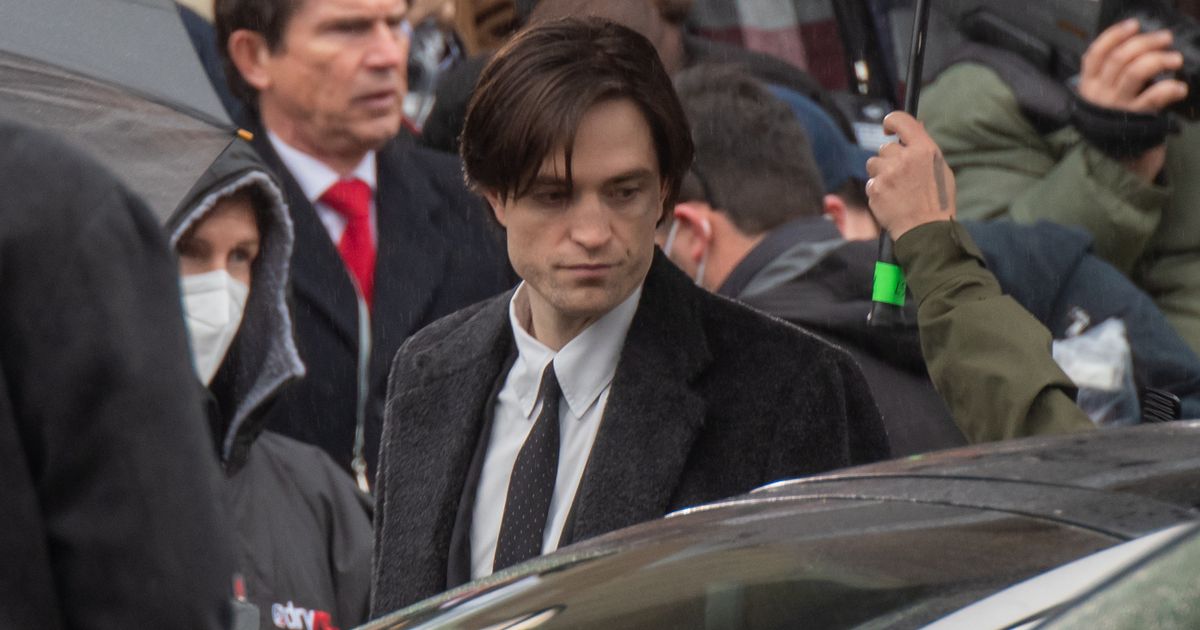 Filming was paused in September due to a positive Covid-19 case on set, widely reported to be Pattinson himself 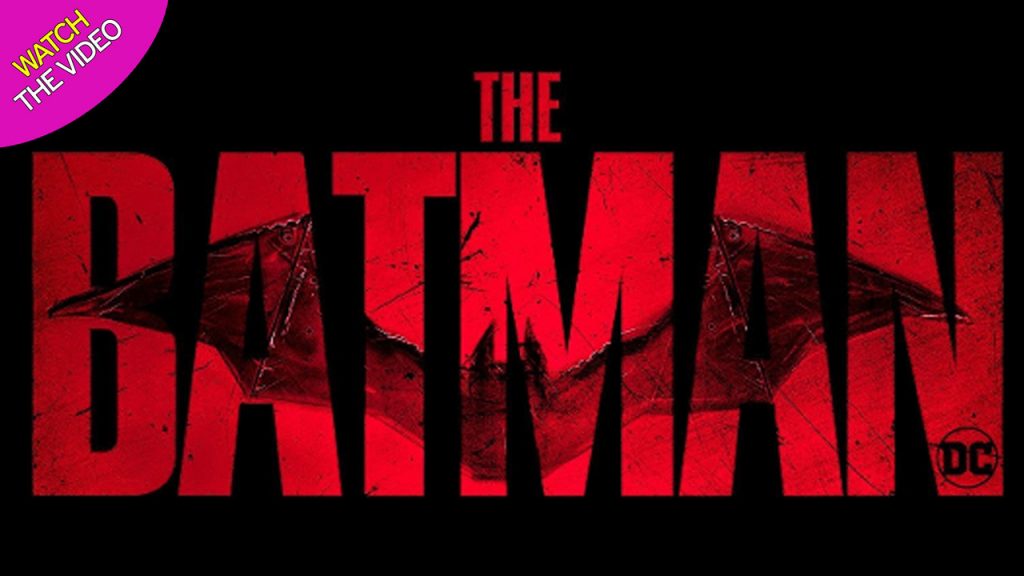 Fans got a sneaky first look at Robert Pattinson ‘s Batman movie on Monday as filming got underway in a massive operation in Liverpool.

Rob was spotted back on set for the first time as he arrived at Liverpool’s iconic St George’s Hall to shoot a huge funeral scene.

Filming was paused in September due to a positive Covid-19 test on set, widely reported to be Pattinson himself.

The 34-year-old star was snapped looking markedly different as he arrived on set today with his face looking gaunt and pale – more reminiscent of his vampire look in Twilight.

Robert was seen stepping out of a chauffeur-driven car as he arrived at St George’s Hall, which is doubling for Gotham Hall for the film. 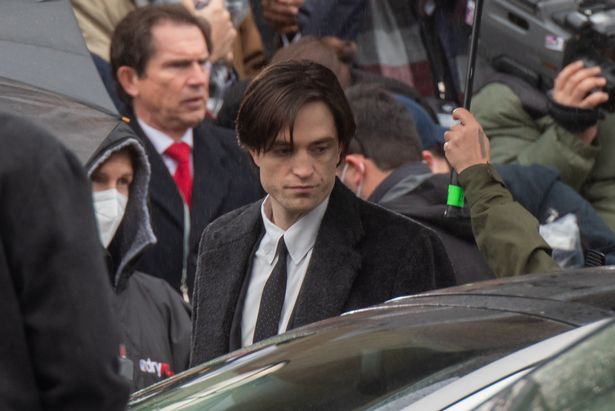 The actor wore a dapper black suit and kept the autumn chill off with a smart woollen coat as he protected himself from the rain under the protection of a large black designer umbrella.

Hundreds of extras and scores of Gotham Police cars were seen gathering outside the hall earlier this morning, ahead of the star’s arrival.

Rob’s appearance on set comes after it was announced the film’s release has been pushed back until 2022 by Warner Bros. 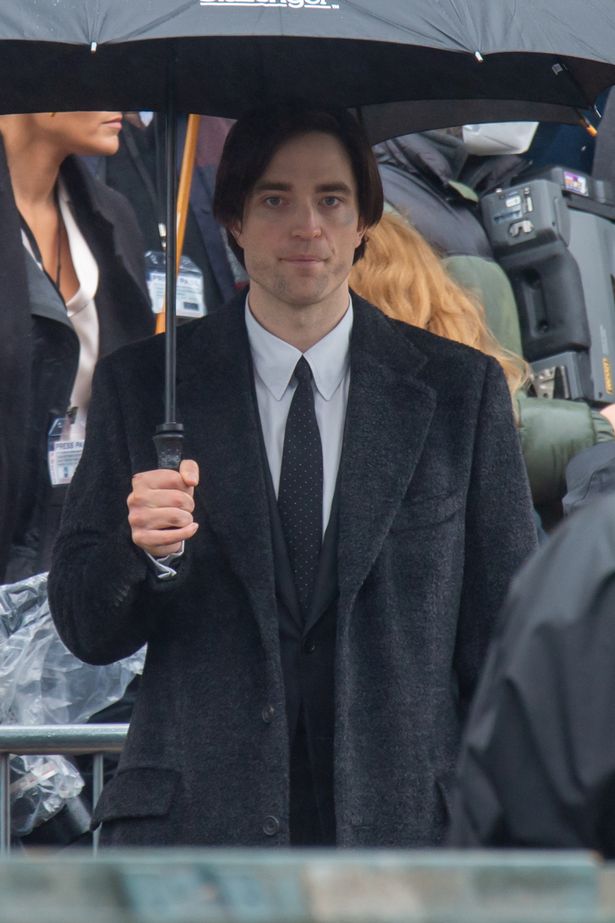 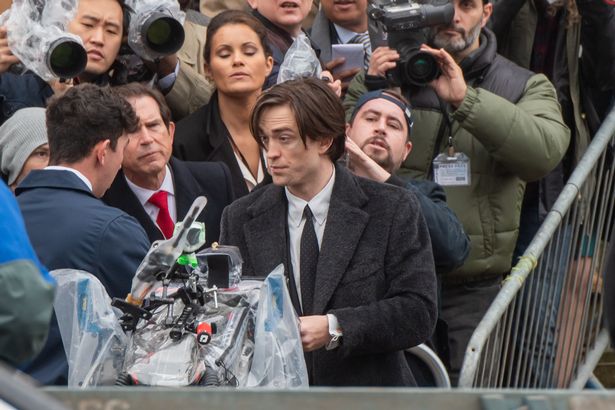 The comic book film from director Matt Reeves had been due for release on June 25, 2021, but was pushed back earlier this year until October 1, 2021 due to the coronavirus pandemic.

The Batman is thought to wrap up filming by the end of the year.

The film will follow Bruce Wayne in his second year of crime-fighting as the caped crusader as he investigates a wave of crime in Gotham City and the actions of a serial killer known as The Riddler, played by Oscar-nominated actor Paul Dano. 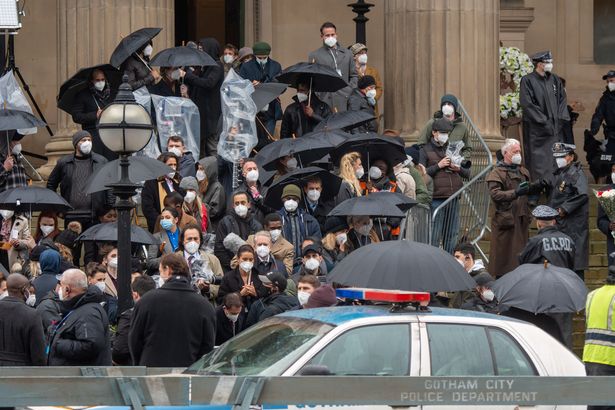 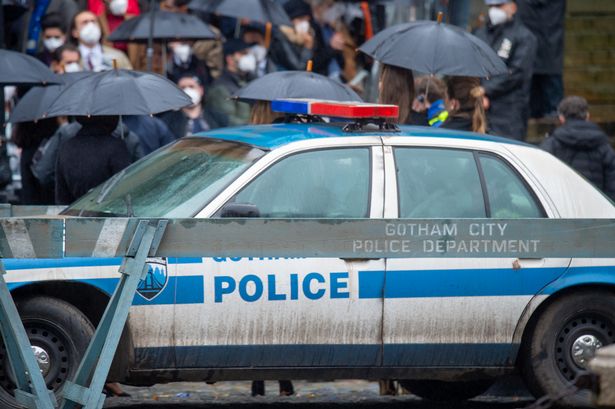