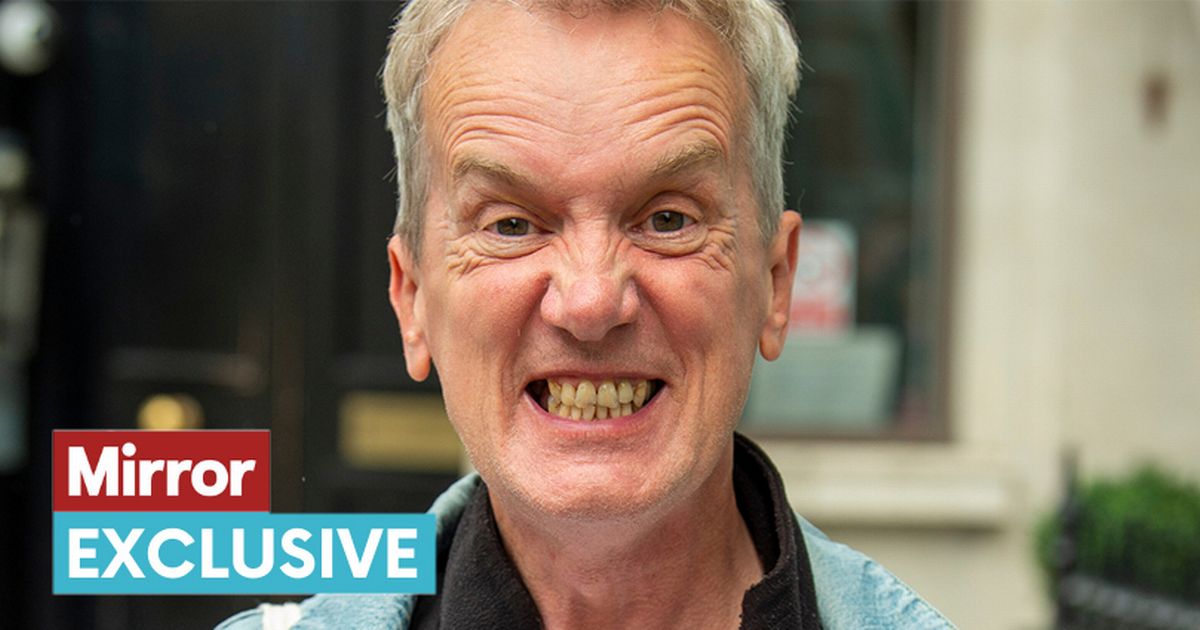 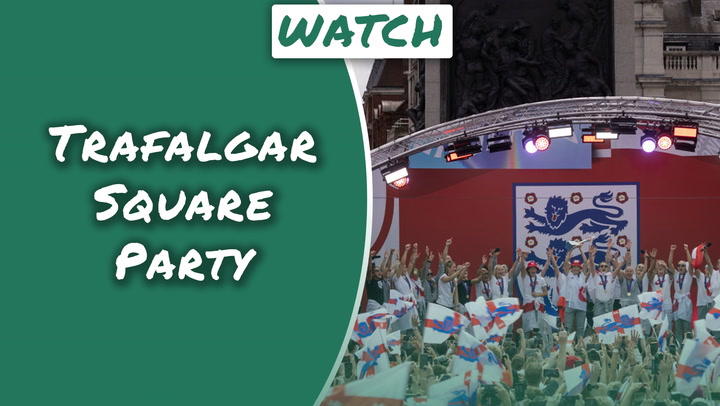 It was the first song on the lips of ­millions as the final whistle blew on the Euros – and the one the victorious Lionesses belted out as they invaded their coach Sarina Wiegman’s press conference and danced on top of her table.

Frank Skinner, who penned ­football’s most famous song with David Baddiel and the Lightning Seeds 26 years ago, is just as thrilled their song is being sung across the nation again – as 56 years of hurt finally came to an end.

“And I quite like it an octave higher,” he smiles. “It’s brilliant. I’ve always said anyone bringing it home would make me really happy, whether it’s the men or the women.”

The comedian adds: “The women were fantastic, it’s been cracking ­football. Watching it, I really thought, this is just about loving ­football, I couldn’t care less about their gender, it was just a ­brilliant performance.”

The comedian said they gave a ‘brilliant’ performance

But Frank was less happy at the way his 10-year-old son Buzz found out he was behind the rousing anthem… when an overenthusiastic cabbie scuppered his plans to tell him himself.

“He’s always known I’m a comic, but the Three Lions thing I thought I’d tell him about when he was a bit older,” he explains.

“I was going to wait for a special moment to say it to him for the first time. I imagined telling him in my rocking chair, playing this old ­football song.

“Then we were in a minicab and the driver said, ‘Hey, I’ve got your dad’s song on tape’, and he put it on, and he didn’t know what was going on.”

The unexpected revelation did send his dad soaring in Buzz’s estimations.

“I’ve been at an England game with him when the crowds have all been singing it, and he’s waving his flag and singing,” says Frank.

“Every dad wants to occasionally be their son’s hero, and that was amazing. He thinks I’m much more famous than I really am.

“But then I’ve been on the bus with him and he’s been singing the song, and people look at me like, ‘you’ve taken this child and forced those words into him’. Which is not true!”

Frank, 65, says there are benefits of being an older father. He says: “It’s all worked out pretty well. People say, ‘Have you found you’ve had to really grow up since you became a parent?’

“And I say, ‘Well, I spent the morning pretending to be a crocodile playing a guitar, so no.’ More comedians should try it. It’s like endlessly having to come up with entertaining talk.”

Frank and David Baddiel, pictured at a match in 2020, released the football anthem in 1996

“He does prop jokes,” says Frank. “Recently he told me there was a leak in the toilet so I went in there and he’d put an actual leek, the vegetable, in there.”

While he’s proud of his son’s humour, he reveals two things that disappoint him. Frank, a lifelong West Brom fan, says: “He’s into is Tottenham Hotspur, which is a constant source of tension in the house. This is what happens if you move to London so I know I’ve brought it on myself.”

That also means he has not got his dad’s Brummie accent.

“There are words he says with a northern ‘a’, and I think he gets teased about that at school. But on one occasion I said to him, ‘Nanny Sandra is coming this weekend’ and he said, ‘I think you mean Nanny Saarndra’.

“I had to sit in a room on my own, clutching an A to Z of Birmingham, rocking backwards and forwards.”

The song has topped the charts in the past

Born in West Bromwich, Frank – real name Christopher Graham Collins – grew up in a council house with three older siblings. He worked as an English lecturer at Halesowen College until giving stand-up comedy a go.

In 1987 he spent £400 of his last £435 booking a room at the Edinburgh Fridge Festival, then four years later returned to win the Perrier Award, comedy’s most prestigious prize.

It turned him into one on TV’s biggest stars, with his own chat show, which ran for 10 years on BBC1 then ITV, and sitcoms.

Frank, who has a Saturday show on Absolute Radio, was preparing to return to the Edinburgh Fringe this year for a month-long residency. But sadly yesterday the run was cancelled.

A statement read: “Due to a family health issue, Frank Skinner is unable to travel for the foreseeable future.” This will disappoint his fans, and no doubt the comic himself, for whom the Scottish capital is special for other reasons. “There’s a place, Advocate’s Close, off the Royal Mile, where my son was conceived,” he says.

The anthem has been heard nationwide recently following the Lionesses’ win

“I’ve photographed him standing in front of the sign. I can only explain it in vague terms, like, ‘this is where the first part of you happened’. I do think conception venues aren’t celebrated enough, birthdays are so boring.”

The “silver lining” of getting old, though, is more funny material. “Some of the stuff you know is going to happen,” he says. “I did a gig with Jack Whitehall and I’d done my back in.

“So he told me some really exciting anecdote about getting drunk and falling off a wall and hurting his back, and then he said, ‘What happened to you?’. And I said, ‘Nothing. You get to an age when injuries don’t come with an anecdote, they just come.’

Frank, pictured with collaborator David, said that the anthem is one of his proudest achievements

“I’ve found I can’t bite into an apple without pressing down onto the top of my head. I don’t have the jaw strength to do it unassisted. So it all becomes potential comedy material.”

Of all the highlights of the last three decades, it’s clear “It’s coming home” is one of his proudest.

No doubt the anthem will get another resurgence during the men’s World Cup in Qatar later in the year.

But despite its popularity, and being one of three songs to top the UK charts more than once, he says it won’t be what pays bills in retirement.

He says: “I’d be surprised if I’d made six figures. Three Lions has been one of the least financially profitable things I’ve done. But obviously the joy of it has been incalculable.”