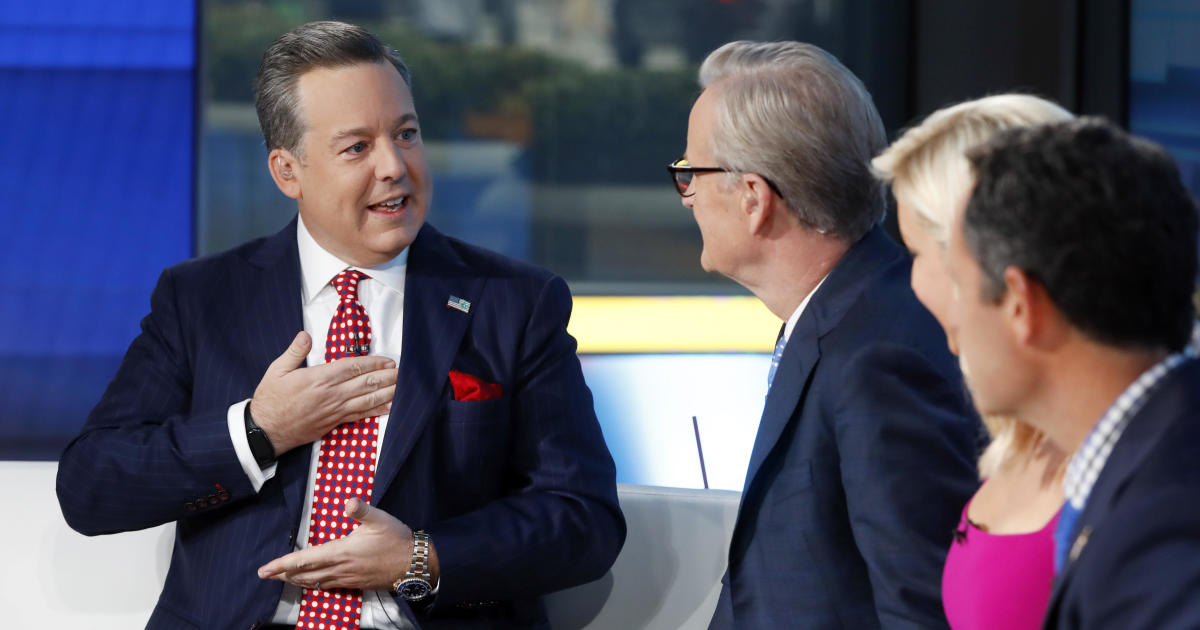 A former Fox Business producer has accused former Fox News correspondent Ed Henry of raping her while they both worked at the network. The lawsuit, which was filed Monday, claims Henry “performed sadistic acts on her without her consent that left her injured, bruised and battered with bloody wrists” after placing handcuffs on her.

The lawsuit alleges that beginning in 2014, Henry — who at the time was Fox News’ chief White House correspondent — attempted to “groom” the producer, Jennifer Eckhart, and “coerce” her into a sexual relationship. Henry was married at the time.

When Eckhart refused his advances, the lawsuit alleges Henry “sexually assaulted her on office property, and raped her at a hotel where Fox News frequently lodged its visiting employees.” The lawsuit claims Henry put Eckhart in handcuffs and took photos of her prior to the assault, which Eckhart believes Henry kept as a way to blackmail her or keep her from speaking out.

According to the lawsuit, a few months later in September 2015, Henry physically forced Eckhart to perform oral sex on him at Fox News’ New York offices. When it was over, Eckhart “immediately ran out of the office in a state of shock, panic and fear,” the lawsuit alleges. Henry continued sending Eckhart “lewd and graphic sexual messages” over the next few months, the lawsuit claims.

The lawsuit also claims that, prior to the assault, Henry sent “inappropriate, flirtatious and, at times, sexually graphic text messages to Ms. Eckhart.” She claims she felt compelled to respond to Henry’s texts due to his position within Fox News, but always made it clear she was not interested in pursuing a sexual or romantic relationship.

Henry, who also served as co-host of the “America’s Newsroom” for five months beginning in January, was fired from Fox News on July 1 following allegations of sexual misconduct.

“On July 1, 2020, Fox News disclosed to the public that it had terminated Mr. Henry based on the findings of an internal investigation, and purported to take credit for acting appropriately. However, nothing could be further from the truth,” the lawsuit says. “In reality, Fox News knew that Mr. Henry had engaged in sexual misconduct as far back as early 2017.”

Eckhart posted a statement to Instagram on Monday: “My decision to speak out was not an easy one, but I refuse to let fear of retaliation, victim shaming and further attacks intimidate me into remaining silent. I am hopeful that my decision to file this action will result in positive change for women at Fox, and for all victims in the workplace.”

An attorney representing Henry said in a statement that “The evidence in this case will demonstrate that Ms. Eckhart initiated and completely encouraged a consensual relationship… That evidence includes graphic photos and other aggressively suggestive communications that Ms. Eckhart sent to Mr. Henry.”

Areu, a frequent guest on Fox News, claimed she was sexually harassed by several prominent hosts at the network, including Henry.

The lawsuit alleged “Mr. Henry sent Ms. Areu a slew of wildly inappropriate sexual images and messages,” including a video titled “fastest interview” where a woman interviewing for a job is hired after exposing her genitals to the interviewer.

“Immediately after Mr. Henry sent Ms. Areu this video, he texted her, ‘Are you avail for anchor interview,'” the suit alleges.

Areu also claims that in 2018, Hannity, who hosts his self-titled show, threw down $100 on his set desk and “began calling out to the men in the room and demanding that someone take Ms. Areu out on a date.” According to the lawsuit, Areu could not leave because she was still wearing audio equipment that had to be removed by a stagehand.

After a guest appearance on Carlson’s program in 2018, Areu claims she was told to stay until the end of the show and had no choice but to comply because, once again, she was wearing audio equipment that the show’s crew hadn’t removed. Areu claims Carlson told her he would be staying in a hotel that night “without any wife or kids.”

“Without question, Mr. Carlson was probing to see whether Ms. Areu was interested in a sexual relationship,” the lawsuit alleges. “Ms. Areu awkwardly sidestepped Mr. Carlson’s advances and declined to spend the night at his hotel.”

The lawsuit blames Areu’s lack of appearances on the show following the alleged incident on her response to Carlson.

The lawsuit claims a similar incident occured between Areu and “Media Buzz” host Howard Kurtz. He allegedly asked Areu to meet him at his hotel room after she had asked his advice on securing a full-time position at the network. Areu declined, but invited Kurtz to come to dinner with her and a friend, the lawsuit claims. Kurtz declined the invitation and the next day said he didn’t have time to meet with her at the office, according to the lawsuit. Areu believes Kurtz was simply trying to get her alone in his hotel room for sexual reasons, and when she declined, she believes Kurtz retaliated by cutting down on her appearances on “Media Buzz.”

“I chose to file this complaint because no woman should have to suffer the conduct to which I was subjected, much less the egregious conduct suffered by Ms. Eckhart,” Areu said in a statement.

Wigdor LLP, the law firm representing Eckhart and Areu said Monday, “What this lawsuit reveals is that today’s Fox News is the same old Fox News. Some of the names in leadership may have changed since Roger Ailes’ regime, but Fox News’ institutional apathy towards sexual misconduct has not.”

“We expect Fox News to claim – as it almost always does – that an ‘independent’ investigation found no evidence of wrongdoing,” the attorneys added.

Fox News vehemently denied the allegations brought forth against their current employees. It said in a statement:

Based on the findings of a comprehensive independent investigation conducted by an outside law firm, including interviews with numerous eyewitnesses, we have determined that all of Cathy Areu’s claims against FOX News, including its management as well as its hosts Tucker Carlson, Sean Hannity & Howard Kurtz and its contributor Gianno Caldwell, are false, patently frivolous and utterly devoid of any merit. We take all claims of harassment, misconduct and retaliation seriously, promptly investigating them and taking immediate action as needed — in this case, the appropriate action based on our investigation is to defend vigorously against these baseless allegations. Ms. Areu and Jennifer Eckhart can pursue their claims against Ed Henry directly with him, as FOX News already took swift action as soon as it learned of Ms. Eckhart’s claims on June 25 and Mr. Henry is no longer employed by the network.