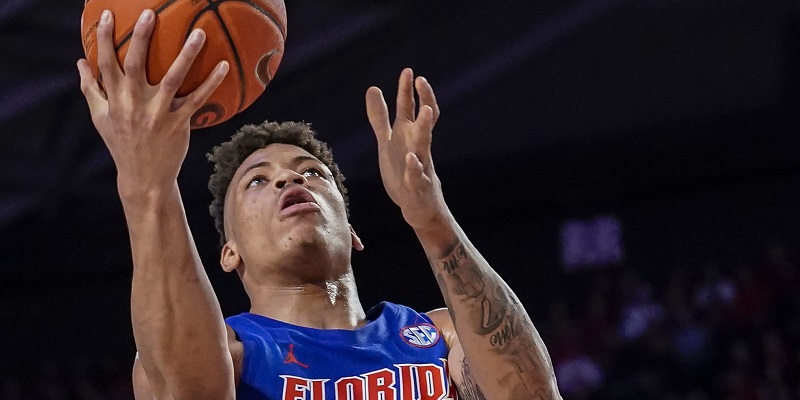 Florida star forward Keyontae Johnson was in critical but stable condition at a Tallahassee hospital after collapsing on the court during Saturday’s game at No. 20 Florida State.

The SEC’s Preseason Player of the Year, Johnson finished an alley-oop dunk off a pass from Tyree Appleby to give the Gators an 11-3 lead just 3:42 into the game, prompting a timeout by Seminoles coach Leonard Hamilton. Coming out of the timeout, the 6-foot-5 junior from Norfolk, Va., fell forward onto his face near the center court logo, according to Florida play-by-play announcer Mick Hubert.

Medical staff rushed to treat Johnson, who was stretchered off the court and taken to Tallahassee Memorial. 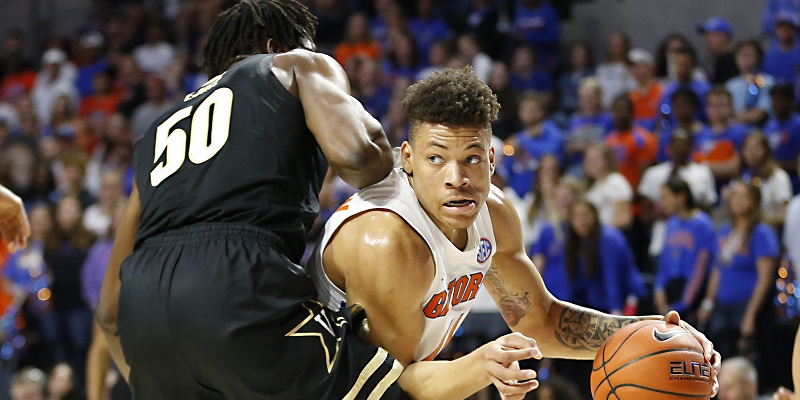 His teammates huddled together on the court, many of them in tears, before the teams resumed playing. Florida State (3-0) ultimately handed Florida (3-1) its first loss of the season, 83-71.

Florida spokesman Denver Parler said Johnson was in critical but stable condition. “We will provide more updates when we are able,” he tweeted.

The school canceled Gators coach Mike White’s postgame Zoom call with reporters and said White would remain with Johnson while the rest of the team returns to Gainesville. Johnson, who scored five points against the Seminoles, entered the game averaging 19.7 points and 6.0 rebounds this season. The All-SEC honoree averaged 14.0 points and 7.1 rebounds in 31 games in 2019-20.

Johnson and several teammates tested positive for COVID-19 in the offseason, according to the Associated Press. Studies have linked the virus to myocarditis, an inflammation of the heart muscle that can lead to cardiac arrest in the most severe cases.