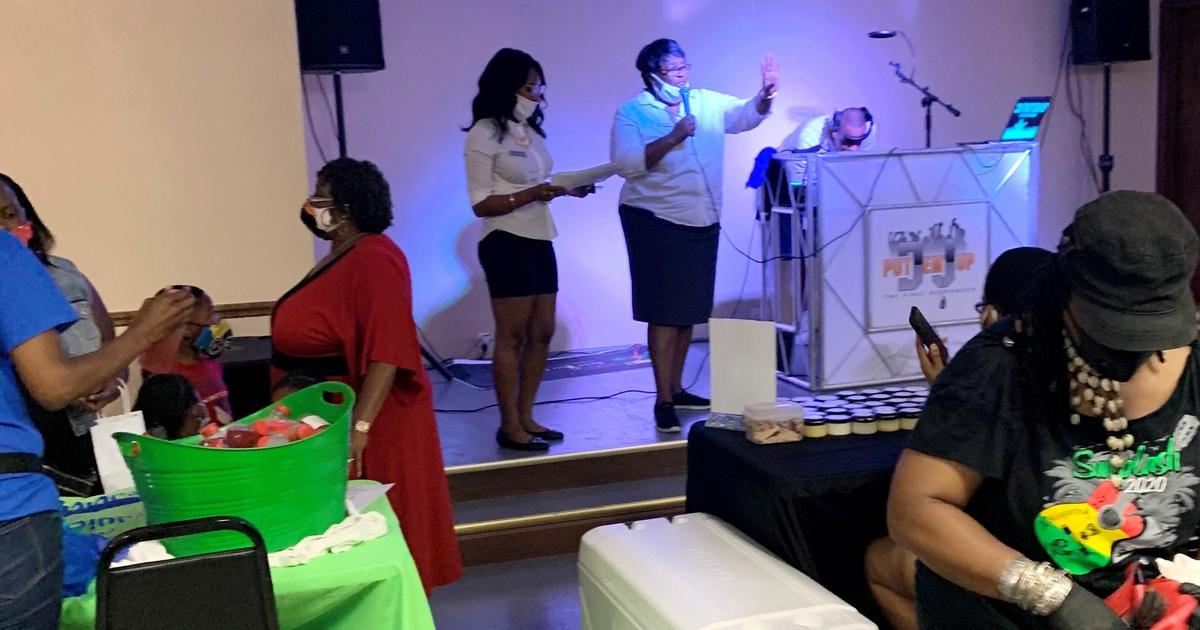 IRS: Up to 9 million people need to claim stimulus checks

“Keeping Up with the Kardashians” to end in 2021

When CBS News spoke to Dr. Fitzherbert Harry in June, he said his small physical therapy business in Maitland, Florida wasn’t at “break-even” yet, because it was recovering from negative impacts from the coronavirus pandemic. Harry, 35, said then that his business could probably survive just another few months before he’d have to seek other sources of income.

Two and half months later, Florida is in phase 2 of its reopening, and Harry says things have improved and that his personal case load, which had significantly decreased from 25 clients to three — is now back up to 10 to 20 clients, depending on the week. Though his small staff still has to work other jobs to supplement their work with Harry, he is hopeful that business will improve.

Harry received a $3,500 Paycheck Protection Program loan at the end of June but was still using personal savings to stay afloat. Since then, he has been able to obtain funding from the CARES Act and was recently approved for a $3,000 small business grant from the City of Orlando.

“As long as we’re in this, we’re going to try to find innovative ways to serve our patients and serve our community,” said Harry, who noted that his team is scheduled to launch a two-month online course in fall prevention and balance training by December.

Ensure Financial Group in Lakeland, Florida, is also finding innovative ways to engage employees. Since CBS News last spoke with EFG chief executive officer Glenn Jones, 55, and chief operating officer Jahlinda Jones, 27, the father-daughter duo said they have been able to increase hours for employees. And though EFG hasn’t perfected its digital operations, the two are working on it.

“It’s a…marathon,” said Jahlinda Jones. “We’re still in the adjusting phase and trying to see what’s really going to be the best fit moving forward to continue to have a sustainable business.”

As the cases of coronavirus have gone up and down, Florida Governor Ron DeSantis signed an executive order Friday allowing Palm Beach County—home to the third largest number of cases and deaths among Florida residents—to enter phase 2 of re-opening.

Glenn Jones said that as some churches reopen with limited seating in his county, he’s talking with a pastor about conducting an in-person presentation for congregants soon. In time, Jones said more of his agents have become more comfortable with going back into the community in person. Jahlinda Jones said in-person engagement is necessary for their business.

“A lot of people are still more trusting and open to seeing people in person, and so just like we still go to the grocery stores and things of that nature…I believe that it’s still a necessary piece for our business,” said Jahlinda Jones. “I’m not necessarily against it especially when everyone—most people—are taking the precautions of wearing their masks and being very sanitized.”

In the last two weeks of July, Glenn Jones resumed home visits. Of the approximately 15 homes he’s visited, most were not wearing masks but did socially-distance during the visit and one client wore a mask during the entire home visit.

EFG received some federal loan assistance. Though it hasn’t received any more federal help, the business did receive funds from Polk County through CARES Act funding.

Less than two months away from the general election, Harry said that the impact of the pandemic on his business has solidified his resolve that there should be a change in the White House.

“This [pandemic] was not taken seriously soon enough… if it was, things would have been a little bit different,” said Harry, who said he’s been disappointed with the president’s response to recent social unrest throughout the country. “Since COVID hit, and the pandemic is here, and the social injustice…and seeing that it has not been directly addressed, I really think that that has solidified my thoughts.”

Glenn Jones said that he votes based on what he believes are the best policies that allow his business and quality of life to be sustained, and that offer opportunities to succeed.

“The EIDL, the paycheck protection, I think those were awesome gestures and were necessary, were healthy and were good…[but] I’m not like feeling like I have an owed responsibility to vote a certain way because of those things,” said Jones. “…we shouldn’t be bought by gestures. We still have to look at policies that allow a quality of life that we believe should be had in the American dream.”