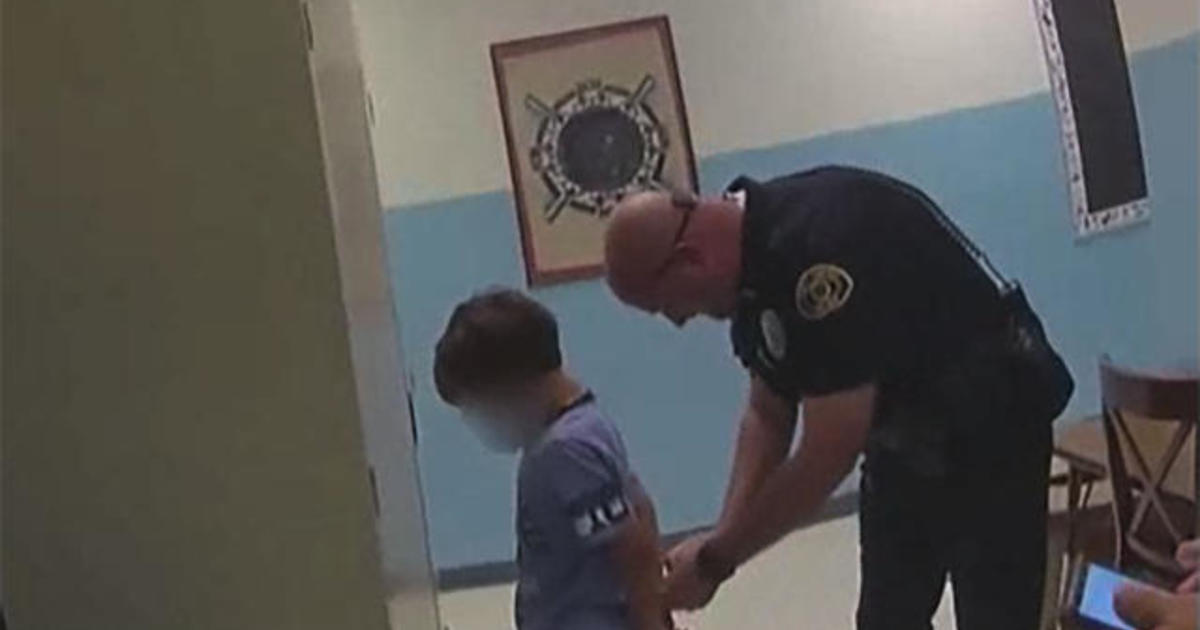 Police body camera video, released this week, shows police officers in Florida arresting an 8-year-old boy with special needs at his school in 2018. The officers try to handcuff the boy, but his hands are too small. His family is now filing a lawsuit. The boy was charged with felony battery, but the case was later dropped. Manuel Bojorquez reports.