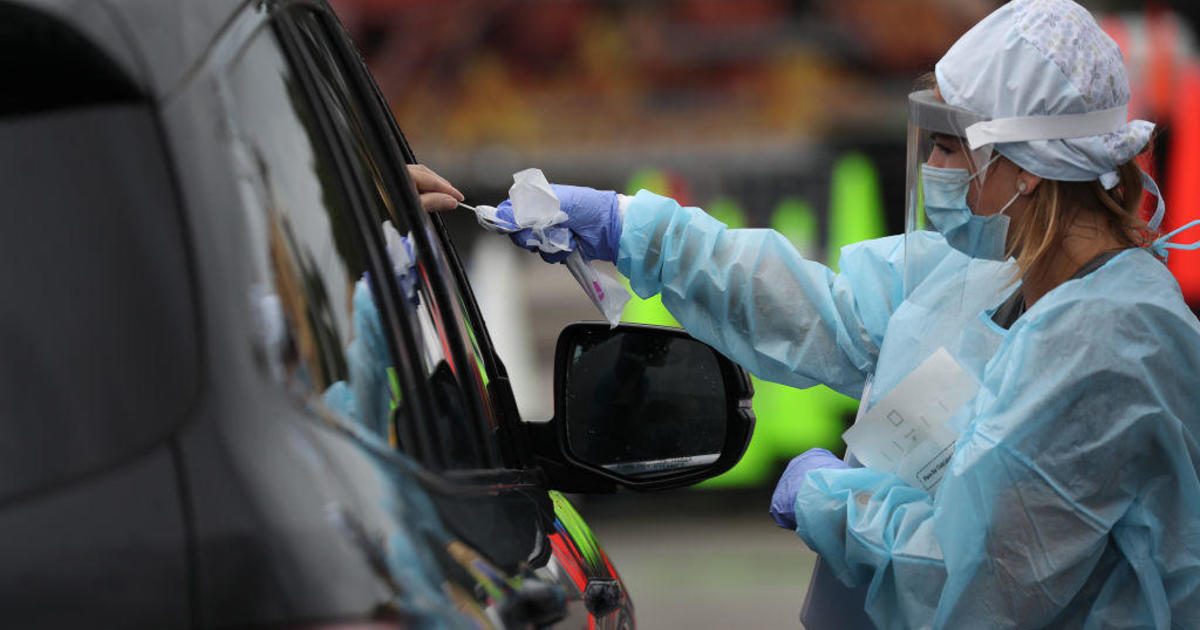 Florida reported 253 new COVID-19 related deaths on Thursday. The fatalities mark the third day in a row that Florida has reported its highest single-day death toll during the pandemic.

On Tuesday, the Florida Department of Health reported 186 new deaths due to COVID-19. The next day, that number jumped to 216. Both records were eclipsed on Thursday, as 9,943 additional COVID cases were also confirmed by the state’s department of health.

At least 6,333 people in Florida have now died from the disease, according to data collected by Johns Hopkins University. There is a total of 461,379 COVID-19 cases across the state, and 26,017 residents are hospitalized with the disease.

BREAKING: For a third day in a row, Florida has broken its single-day record of #COVID19 deaths, adding 253 residents to the toll. The number of new confirmed cases was also up from yesterday's tally with 9,956.

Despite the uptick in deaths, Florida Governor Ron DeSantis presented an optimistic outlook for the state at a press conference on Tuesday. According to the governor, about 20% of all ICU beds are available statewide, and emergency departments across the state have seen a decline in visits for COVID-like illness.

But Dr. David De La Zerda, the ICU director of Jackson Memorial, one of the largest hospitals in the state, told “CBS This Morning” lead national correspondent David Begnaud last week that his department would soon be 100% full. According to De La Zerda, the hospital had to open a fifth ICU to handle the influx of patients.

When asked on Tuesday how his message of stability squares with the state’s record number of COVID-19 deaths, the governor said the uptick is likely due to a delay.

“I think when you see those reports, those are probably reflective of infections and hospitalizations that have happened in the past, so it’s more of a lagging indicator,” DeSantis said. “Whereas I think the (emergency departments) visits, and some of the hospitals censuses, is probably more of a leading indicator of where things are trending.”

California, which leads Florida in total cases, also set a new record for single-day deaths on Wednesday with 197 new deaths, for a total of 8,715 lives lost to the virus. The state’s positivity and hospitalization rates are both also trending upward over a 14-day average, according to the California Department of Public Health.

California Governor Gavin Newsom said this week that the disease is disproportionately impacting the state’s Latino population in the Central Valley. Positivity rates range from about 10% to 17% in the region — compared to the state’s overall average of 7.5% — according to the governor.

Newsom, who has pleaded with residents to wear masks in public, this week proposed allocating $52 million to local health health departments in eight Central Valley counties. The money, which comes from a $499 million grant from the Centers for Disease Control and Prevention, would provide support staff for healthcare workers, and improve protocols in tracing, quarantine, and testing, CBS Sacramento reports.

“Not enough focus, candidly, has been placed on essential workers in this state,” Newsom said during a news conference on Monday.

« Porsha Williams Announces ‘Race In America: A Movement Not A Moment’ On Bravo TV