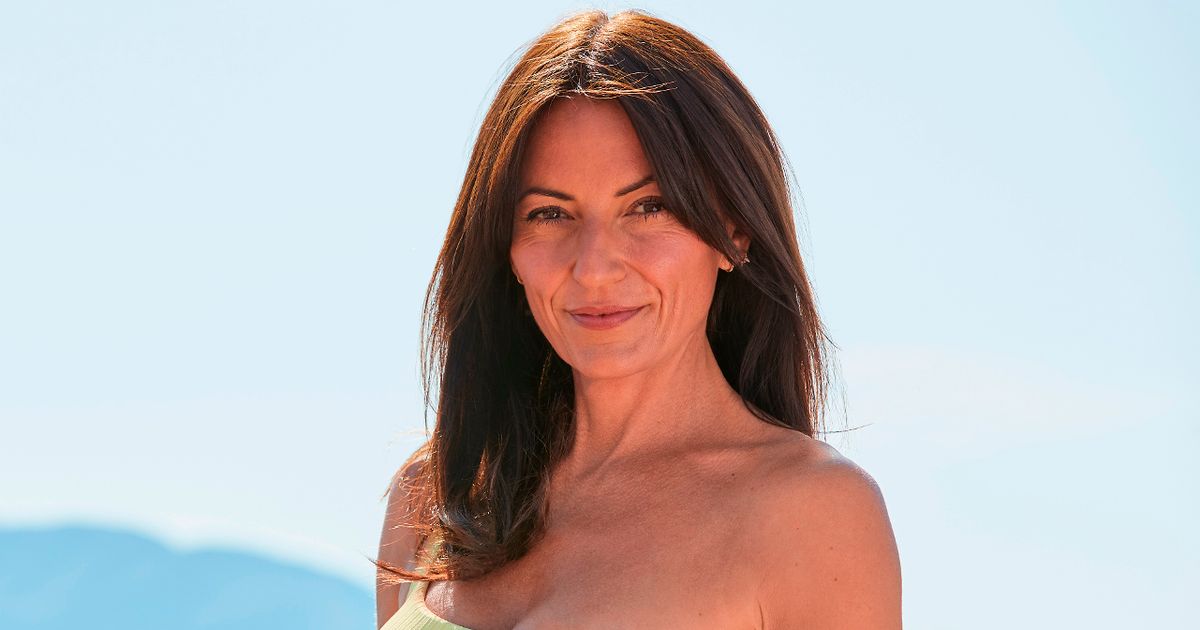 Davina McCall – known for Big Brother and more recently the Masked Singer – spoke to Gemma Calvert about gut health, her experience dealing with grief and getting away from it all 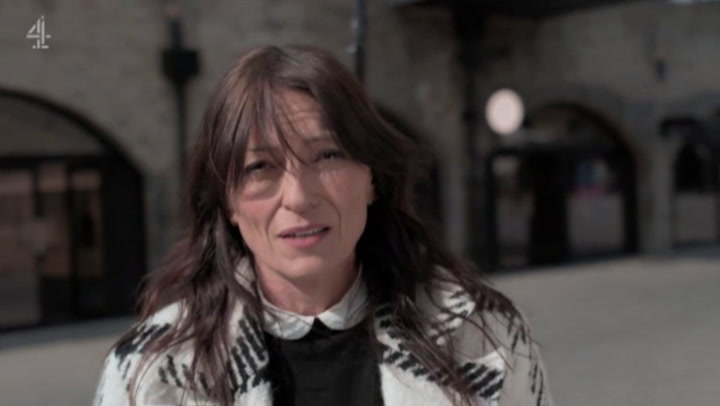 Over the years, Davina McCall has inspired millions – with many workout DVDs under her belt and a fitness platform, Own Your Goals, to list just a few of her many projects.

She’s also published best-selling healthy cookbooks, spoken freely about her history of self-help, and demystified the menopause with her acclaimed Channel 4 documentaries.

The Masked Singer judge is now on the receiving end of new lessons in health though, thanks to her eldest daughter Holly, 20, who’s a dietetics student at Newcastle University.

“I get secondhand information non-stop from her. It’s so useful,” says Davina, who has two other children, Tilly, 18, and son Chester, 15.

She explains that “by osmosis” she has developed an understanding of how the food we eat affects not only our physical health, but our feelings.

Davina McCall opened up health, self-esteem and getting older recently

She said: “Obviously, from talking to Holly a lot I know ‘you are what you eat’. I used to think that was just a catchphrase but the microbiome in our tummies dictates a lot of how we feel and look.

“Gut health is really important, so I’m constantly learning about fermented foods, which I’m not hugely keen on, so I’m trying to change my taste buds to get more good bacteria to my gut.”

It’s why when good and bad gut bacteria become imbalanced, we sense it physically and emotionally.

For Davina, it is especially noticeable when she eats sugar, which bad bacteria and yeast thrive on in the gut.

“I definitely know that refined sugar does not agree with me at all,” says Davina. “It bloats me up and makes my tummy sore. It’s almost like I’m allergic and my body is repelling me from eating sugar. It just doesn’t make me feel good.”

Insisting she is “not restrictive” with food, Davina maintains her phenomenal figure by championing simple and sensible eating hacks, including enjoying her main meal at lunch, limiting processed food and meal planning.

Happily, her days of crash bikini diets are long gone. “Pre-children, I did the Atkins diet where I just had horrific breath,” she recalls.

“I did lose a ton of weight – it was miraculous – but the minute I stopped the diet I put it all back on again. What is the point in that?”

Even Davina’s “three or four times a week” workouts are no longer in pursuit of aesthetic reward.

“I stay fit a lot less now to be bikini-body-ready,” she says, meaning she looks forward to weeks away more than she could in the past with holidays more about feeling mentally refreshed.

She recently visited the TUI BLUE Grand Azur in Turkey

That meant opting for “meditative” forms of fitness like swimming, as well as making an effort to step away from technology. “I tried an amazing Turkish hammam, which I found cleansing for mind and body. I loved it.”

TUI BLUE conducted research that found 54 per cent of Brits have felt worse after trying a wellness trend. Davina believes the key to replenishing the mind, body and spirit is to find an activity that brings comfort, rather than a sense of pressure.

“We look at wellness a bit like a punishment but it isn’t that,” she says. “Wellness is about finding your happy. It isn’t about being a gym bunny, jogging every morning or getting up at 6am and doing a HIIT class.

“It’s not even about meditating. It’s just about stopping for a second and switching off from your day-to-day life.”

The presenter is best known for Big Brother

Back home, walks with her dog Bo are immensely restorative and have helped her process the recent loss of her beloved father.

In March, graphic designer Andrew passed away aged 77, having been diagnosed with Alzheimer’s in 2016.

“Grief is like waves and has no respect for appropriate timing,” says Davina. “When it comes, you’ve just got to let it come.

“Just going out and getting some fresh air, feeling the sun on your face, leaving my phone at home and really trying to connect with my dog. That kind of stuff helps me.”

According to Alzheimer’s Research UK, 74 per cent of adults would want to know they had Alzheimer’s before the appearance of symptoms, which include memory loss and concentration problems.

Long Lost Family host Davina hasn’t ruled out having ­predictive genetic testing to assess the likelihood of her one day being affected.

“Obviously, it crosses my mind – that my dad had it so would that put me more at risk? Until my grandmother got vascular dementia [Davina’s beloved late grandmother Pippy’s progressive vascular dementia was triggered by a stroke at the age of 93] she was in fine fettle, so I prefer to be of the mindset that I am just going to do things that I know lower the risk of getting it.”

Davina fronted the documentary Sex, Mind and the Menopause

“New research suggests that taken early on, HRT can have quite a profound effect on lowering your risk of Alzheimer’s and dementia, so that’s really lovely.

“It helps with my ­menopause symptoms but it also helps lower my risk of getting Alzheimer’s,” says Davina.

The research she’s referring to looked at the health records of 400,000 women and found those who had used or were using HRT were 58 per cent less likely to develop Alzheimer’s and other neurodegenerative diseases.

The study was cited in Davina’s 2021 ­programme Sex, Myths and the Menopause, where she laid bare her experience of struggling with perimenopausal symptoms.

Now “on the other side” and having “adjusted” to HRT, the former Big Brother host says one of the greatest midlife wins is finally learning to let worries go.

“When you’re of childbearing age, you’re like, ‘Are you seeking a partner to have children’. It’s a biological thing. When you can’t do that any more, everything is up for grabs, it’s like, ‘Do I want to be single?’ Do I want to work?’

“You can do anything you want in life and you care a lot less about everything – what people think of you, what you look like. It’s a good transition, a good place to be,” says Davina, who is dating hair stylist Michael Douglas, with whom she co-hosts a weekly podcast, Making The Cut.

From the outside looking in, Davina is a positive, centred and go-get-’em sort but she has been working on achieving this for almost three decades.

Her foray into wellness began 29 years ago at a £10 one-day self-esteem workshop.

“I went with a girlfriend and we giggled a lot through it but we took away stuff from that workshop that 29 years later we [still] practice in our daily lives,” says Davina.

“Self-esteem can come and go during the day. You can wake up in the morning and think, ‘Look at me. I look like Heidi Klum’. Then at lunchtime, somebody shoots you a look across the office and you think, ‘Everybody hates me, I hate myself’ and your self-esteem falls on the floor.

“It is so transient, so I’ve tried to find tools to realise that not everybody’s talking or thinking about you. Now I stay fit to stay alive longer. I just want to be as healthy as I can be for as long as I can.”