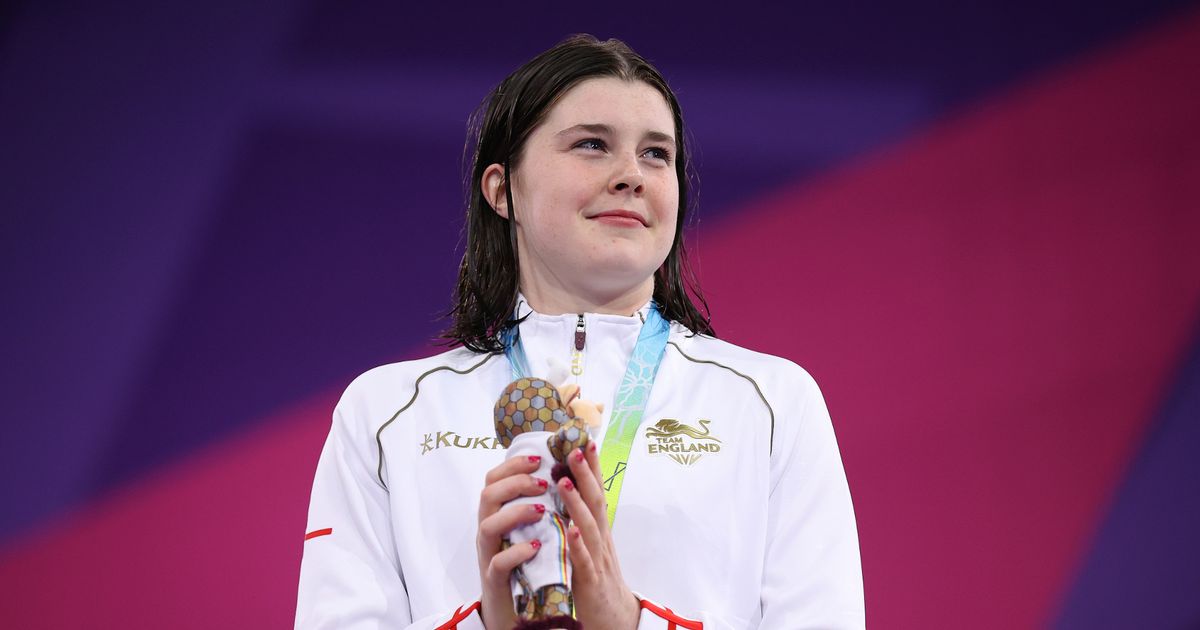 Andrea Spendolini-Sirieix won the 10m Platform diving gold on Thursday, with her father – First Dates star Fred – watching on from the sidelines in Birmingham 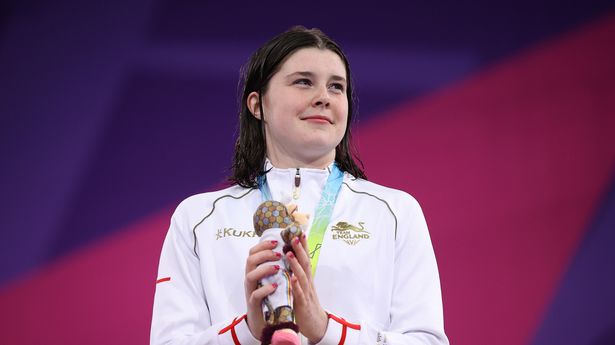 Andrea Spendolini-Sirieix celebrates on the podium after winning gold

Andrea Spendolini-Sirieix claimed gold for England in the 10m Platform diving final whilst her father Fred, the face of First Dates, watched on from the stands in Birmingham.

At just 17 years of age, Andrea is competing in her first ever Commonwealth Games, and has done her father proud following her sensational triumph. She secured the gold medal with a brilliant score of 357.50 points and was seen wiping away tears from her eyes after clinching victory.

Her England team-mate Lois Toulson claimed silver, upgrading from bronze from 2018 on the Gold Coast.

Andrea had been leading her competitors ever since her second dive, and finished over 20 points above her compatriot.

it was a golden night for England’s diving team on Thursday, with Jack Laugher also winning gold – successfully defending his 1m springboard title for a second time, as team-mate Jordan Houlden walked away with bronze.

Laugher won the 1m springboard crown back in 2014 and 2018 too, and claimed a third victory in a row with a score of 447.05 to finish 10 points clear of Australia’s two-time world champion Li Shixin.

For Andrea, it will certainly be a night that will live forever in the memory, after triumphing in her first Commonwealth Games as she showed no fear.

Her father, Fred – who is the face of the hugely popular Channel 4 dating show First Dates – was cheering her on from the sidelines, and was seen celebrating as she performed her exquisite dives.

While he was seen celebrating her performance, he was clearly on edge throughout too, but he had nothing to worry about as his daughter brought the gold home,

Get email updates with the day’s biggest stories