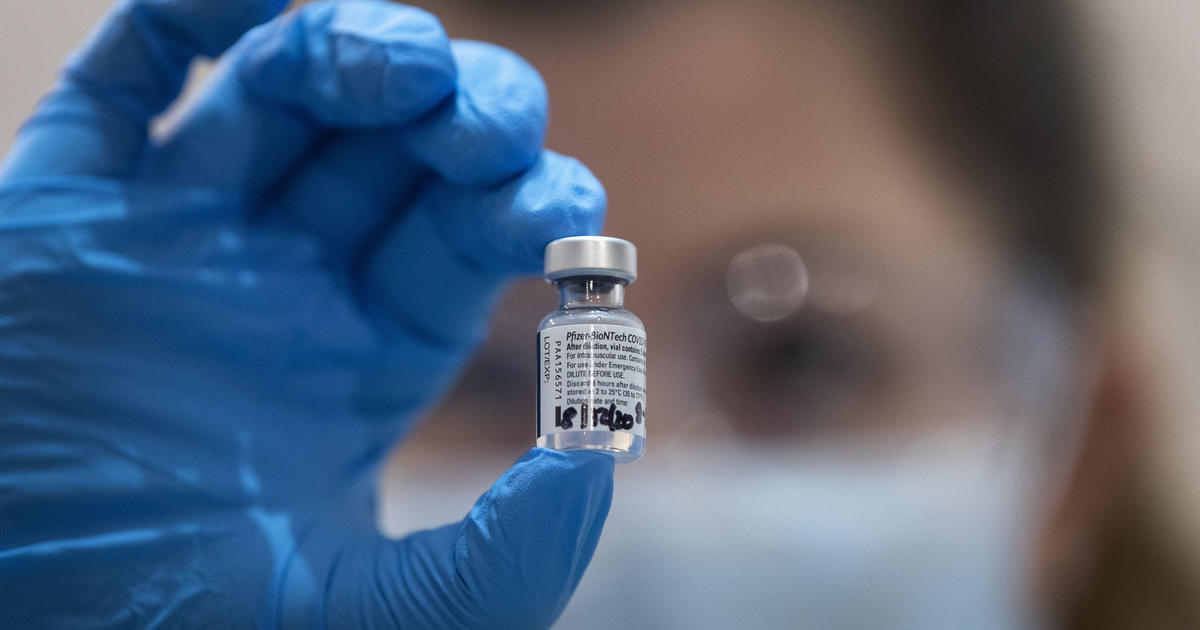 The Food and Drug Administration on Friday authorized Pfizer’s coronavirus vaccine for emergency use, kicking off a massive effort to initially deliver nearly 3 million doses of the vaccine to more than 600 sites nationwide. The approval comes just a day after the FDA’s advisory panel voted 17-4 in favor of approving the vaccine.

Frontline medical workers and residents of long-term care facilities will be the first to get the vaccine, and could receive it as early as Monday. The vaccine is authorized for people age 16 and older, the FDA said in a statement announcing the decision.

“The FDA’s authorization for emergency use of the first COVID-19 vaccine is a significant milestone in battling this devastating pandemic that has affected so many families in the United States and around the world,” FDA Commissioner Stephen Hahn said in the statement.

President Trump posted a video on Twitter celebrating the authorization and calling the vaccine a “medical miracle.” He also touted the safety of the vaccine, saying it had “passed the gold standard of safety.”

Mr. Trump said the first doses of the vaccine will be administered in less than 24 hours.

Speaking to the FDA’s advisory panel on Thursday, Dr. Nancy Messonnier, a senior CDC official, said “active surveillance systems” will be in place to monitor the safety of the first vaccine recipients to track any potential adverse side effects. Messonnier said the systems will provide useful information about how the vaccine is affecting different communities.

“Understand that vaccine safety and effective monitoring is a top priority for the U.S government and we’re committed to ensuring that all these systems are in place and ready to go as soon as the vaccine program is implemented,” Messonnier said.

Clinical trials showed the Pfizer vaccine was nearly 95% effective for adults 18 to 64 and was just as effective for people of all ethnicities. However, some groups — people with weak immune systems, individuals with severe allergic reactions, and pregnant women — could be restricted from getting the shot.

British health officials on Wednesday warned that people with a history of “significant” allergic reactions to vaccines, medicine, or food should not be given Pfizer’s vaccine.

Pfizer’s vaccine must be kept at nearly negative 100 degrees Fahrenheit to remain effective. That’s about 20 degrees colder than extreme winter temperatures at the South Pole. Early on, experts warned that the U.S. lacked the necessary ultra-cold storage trucks and cargo planes needed to ship hundreds of millions of doses at sub-zero temperatures.

To get around that, Pfizer has developed specially built deep-freeze “suitcases” that can be tightly sealed and shipped even in non-refrigerated trucks. But while Pfizer may have solved the problem of how to ship the frozen vaccine, these highly engineered shipping containers create other problems, particularly for the hospitals, pharmacies and outpatient clinics that will have to administer the vaccinations to hundreds of millions of Americans.

Health and Human Services Secretary Alex Azar said the vaccines will ship via UPS and FedEx. UPS says the process has already begun, and it has already shipped vaccine kits with supplies including syringes, masks and a diluting agent for the Pfizer vaccine, which will be used to administer the drug. UPS will also send dry ice to sites that don’t have the ability to store the vials at the required temperature.

As hospitals await shipments of the vaccine, they are facing a record surge in coronavirus patients. California is reporting its highest-ever number of new daily cases, and Mississippi has no more ICU beds.

Nearly 16,000 Americans have died this week, and cities and states are imposing drastic new restrictions to curb the virus’ spread. Experts say that despite the vaccine approval, it’s still critical that all Americans wear masks and social distance.

The announcement comes after the FDA has faced increasing pressure from the Trump administration to approve the vaccine. White House chief of staff Mark Meadows called FDA Commissioner Dr. Stephen Hahn on Friday and told him to approve the Pfizer vaccine or consider resigning, according to a senior administration official. Hahn denied the phone call occurred.

President Trump urged Hahn on Friday to approve the vaccine, tweeting: “Stop playing games and start saving lives!!!” and “Get the dam vaccines out NOW.”

« Cynthia Bailey Shows Fans A Throwback Photo From When She Used To Have Short Hair – She Looks Like Her Daughter, Noelle Robinson