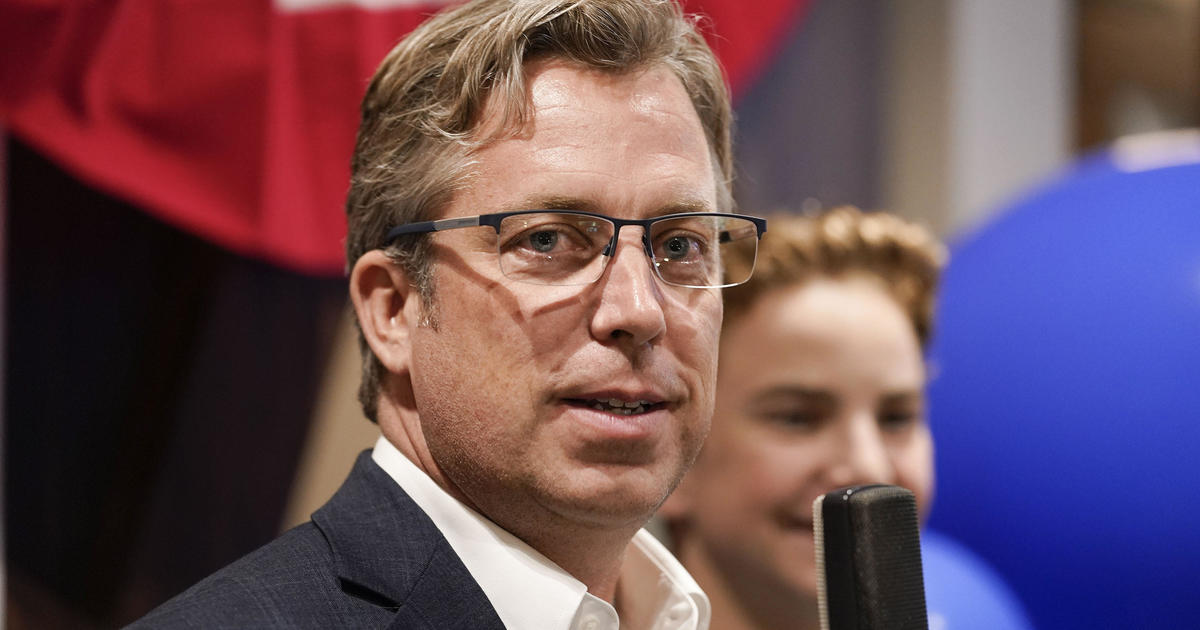 Andy Ogles, a far-right county mayor, won Tennessee’s crowded Republican primary on Thursday in a reconfigured congressional district in left-leaning Nashville that the party is hoping to flip in November. In a warning ahead of the general election, he said, “Liberals, we’re coming for you.”

“We’re at war. This is a political war, a cultural war, and it’s a spiritual war,” Ogles said in his victory speech. “And as we go forward, we’ve got to get back to honoring God and country.”

Smiley would be the state’s first Black nominee for governor. Martin, a political newcomer, said he was spurred to run by Lee’s hands-off response to the COVID-19 pandemic.

Lee will have a strong advantage in November in a state that has not elected a Democrat to statewide office since 2006. He defeated a Democratic opponent by 21 percentage points in 2018.

Ogles described the GOP primary as “establishment versus the conservative wing of the party,” saying voters were getting a “true conservative” in his nomination. He didn’t shy from inflammatory comments during his victory speech, calling for the impeachment of President Joe Biden and Vice President Kamala Harris, as well as treason charges against Department of Homeland Security Secretary Alejandro Mayorkas over the administration’s handling of immigration issues.

At a debate in July, Ogles accused the Biden administration of “deliberately and intentionally” attacking Americans “by weaponizing COVID” and “destroying our energy policy.”

Campbell, who was unopposed in her Democratic primary, said the race was “symbolic of the crossroads” the country finds itself at.

“One where we move forward together, protecting working families, our freedoms, and future — or one where extreme politicians turn us backward, controlling our lives and ruling for the wealthy few,” she said before the GOP primary was called for Ogles.

Redrawn congressional districts helped put Tennessee among the states where Republicans hope to flip a seat in a push to reclaim control of the U.S. House. Tennessee held the only statewide elections in the nation Thursday.

In the other two Nashville-area districts, the Republican incumbents had no primary opponents. The new maps weight their districts in their favor.

But at least in Nashville, anyone who turned on a TV was more likely to see ads for a Republican running for the 5th Congressional District than a candidate for anything else.

The election marked the first time voters get a say over a seat that had been subject to months of Republican political brokering.

One local contest stood out Thursday.

In the Shelby County district attorney’s race, Democratic challenger Steve Mulroy was leading incumbent Republican Amy Weirich, who drew national attention when she prosecuted Pamela Moses, a Black woman, for registering to vote erroneously, resulting in a six-year prison sentence that was later discarded. Weirich has been criticized for failing to say outright whether she will or won’t prosecute doctors who perform abortions. Mulroy said he would make abortion prosecutions “extremely low priority.”

Weeks said he could not find an African American nominee for governor, Democrat or Republican, in state history. Yet, he noted that in 1876, William Yardley, an African American Knoxville official later elected to the county court, ran as an independent when the Republican Party declined to nominate a candidate for governor. Democratic Gov. James Davis Porter won reelection that year.

Tennessee had a Black Democratic nominee for U.S. Senate as recently as 2020.