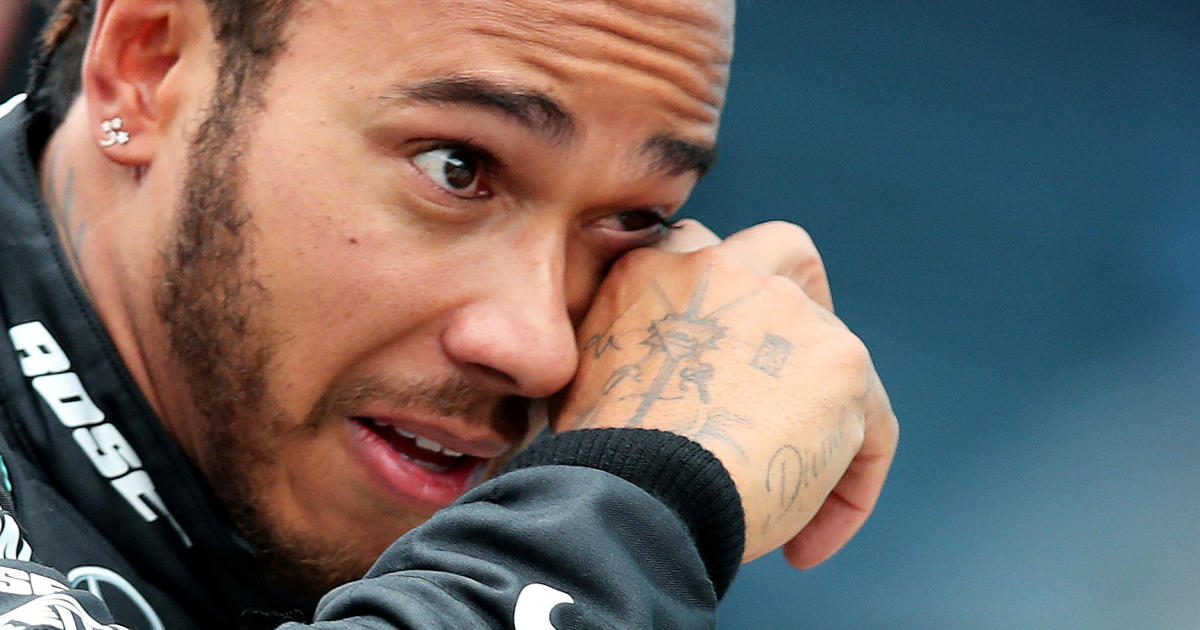 Formula 1 driver Lewis Hamilton won a record-tying seventh world championship title on Sunday. After the victory, F1’s only Black driver said he has “walked this sport alone” and wants to continue push for “equality” in the racing circuit.

The latest championship trophy puts Hamilton in the exclusive company of sport legend Michael Schumacher, who also has seven titles. After his 94th Grand Prix victory at the Turkish Grand Prix, the 35-year-old Briton reflected on the significance of being one of F1″s most powerful voices against racism and the top driver in the sport.

Mercedes’ Lewis Hamilton celebrates after winning the Formula One Turkish Grand Prix at Istanbul Park in Istanbul, Turkey on November 15, 2020.

“It’s obviously no secret that I’ve really walked this sport alone as the only Black person here,” he told reporters. “It’s a really interesting point, the fact is I’m biracial…I’m biracial and I think this color isn’t [what] people should read about.”

“When I was younger, I didn’t have anybody in the sport that looked like me,” he added. “And so, it was easy to think that it’s not possible to be there, because nobody of your color has been there, you don’t see any Black people on TV that are in F1. But I think hopefully this sends a message to the kids that are watching, hopefully they see the performance today and hopefully they can see that it doesn’t matter where you come from. Whatever your background, I think it’s so important to dream big.”

In the aftermath of George Floyd’s police-custody death in the U.S., Hamilton was a vocal supporter of Black Lives Matter. He has knelt on one knee as a nod to Colin Kaepernick’s protests and wore a shirt calling for justice for Breonna Taylor. He also applauded Formula 1 for creating the #WeRaceAsOneInitative to address inequality and racism – and for making strides to become a “more diverse and inclusive sport.”

Hamilton endured a difficult road to become a superstar in Formula One. He has said his family had no money and his father worked four jobs at one point to keep him racing as a youngster.

In an Instagram post following the race, he talked about “his ultimate purpose” and how there’s “another race we’ve yet to win.”

“This year I’ve been driven not just by my desire to win on the track, but by a desire to help push our sport, and our world to become more diverse and inclusive,” Hamilton said. “I promise you I am not going to stop fighting for change. We have a long way to go but I will continue to push for equality within our sport, and within the greater world we live in.”

“A driving force for me this year has been to set an example for the next generation, to never give up on your dreams,” he added. “I was told by many that my dream was impossible, yet here I am. I want you to know that you can do it too.”

« Biden COVID adviser: Next 2 months will be "most dangerous"

Navigating holiday shopping amid a pandemic »