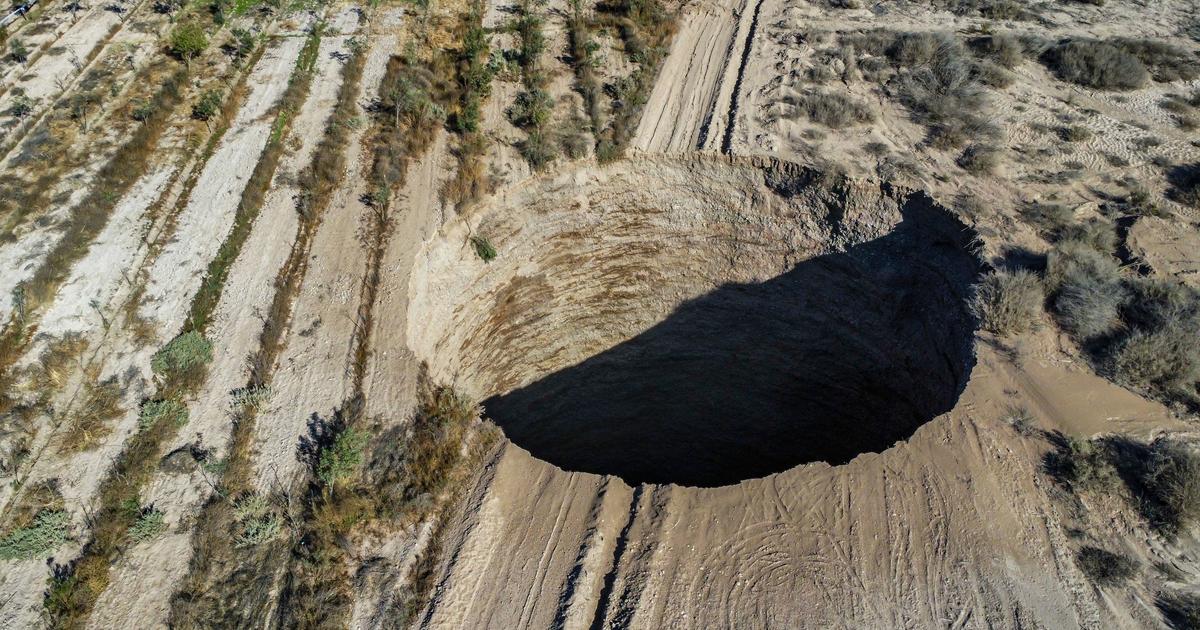 Experts in Chile on Tuesday were investigating an enormous sinkhole, bigger than a tennis court, that has appeared near a copper mine in the Atacama desert.

Experts were dispatched to examine the hole, some 32 meters (104 feet) in diameter and twice as deep, which appeared in an area nearly 500 miles north of Santiago over the weekend, the National Geology and Mining Service (Sernageomin) said in a statement.

Aerial view taken on August 1, 2022, showing a large sinkhole that appeared over the weekend near the mining town of Tierra Amarilla, Copiapo Province, in the Atacama Desert in Chile.

A 100-meter security perimeter has been erected around the hole in the Tierra Amarilla municipality, near the Alcaparrosa mine operated by Canadian firm Lundin Mining.

The company said in a statement there had been “no impact to personnel, equipment or infrastructure,” and the sinkhole has remained stable since its detection.

As a preventive measure, “development work in an area of the Alcaparrosa underground mine has been temporarily suspended,” the company said.

Sernageomin director David Montenegro said experts would seek to determine the cause of the collapse and “ensure that all safety measures are taken to safeguard the lives of workers and communities close to the site.”

Cristian Zuniga, mayor of the Tierra Amarilla municipality of some 13,000 inhabitants, told journalists the sinkhole was unprecedented.

“We ask that the cause be clarified: whether the collapse is the product of mining activity or something else,” he said.

Chile is the world’s largest copper producer, responsible for a quarter of global supply.