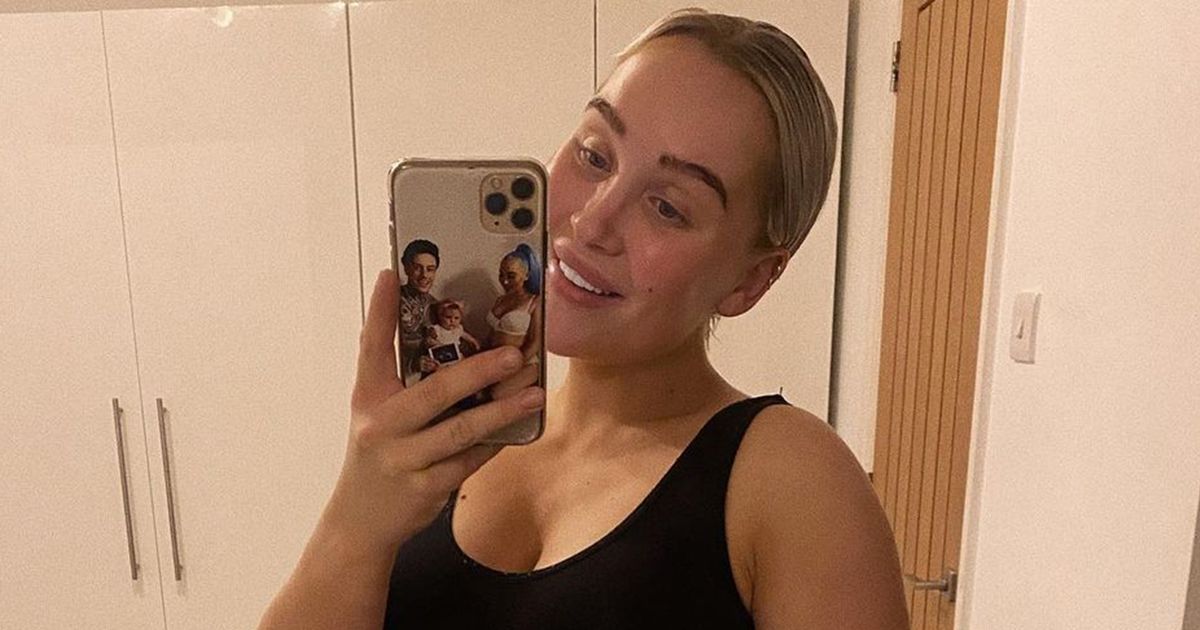 Ex On The Beach star Helen Briggs, 26, shared the happy news on Instagramon her seventh anniversary with Chet 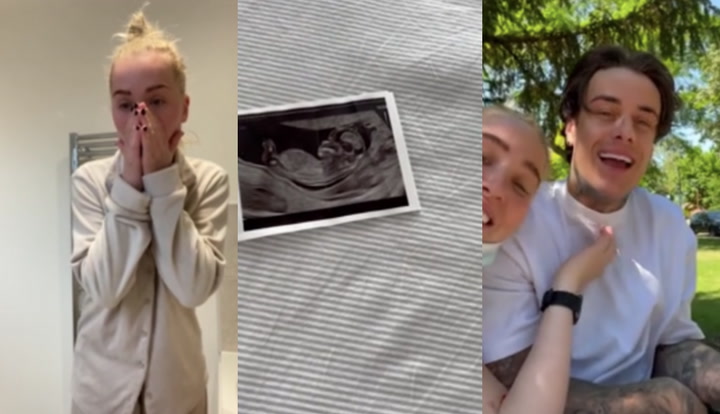 Ex On The Beach star Helen Briggs has announced she is expecting her third child with partner Chet Johnson.

The television personality, 26, shared the happy news on Instagram on her seventh anniversary with Chet.

Helen posted a video documenting her pregnancy journey so far – from a positive test at three weeks to her first ultrasound scan.

The sweet footage also showed her two children daughter Ocean, two, and son Elvis, one, accompanying her to the hospital appointments with Chet, as well as Helen cradling her blossoming bump.

She wrote: “Happy 7 year anniversary to us. We are officially out numbered!!! Baby number three due 2022”.

The couple’s reality star pals soon took to the comment section sending in their congratulatory messages.

“Ahhh congratulations to you all” wrote Cara De La Hoyde.

Chet and Helen charmed audiences when their love story played out on screen.

Helen posted a video documenting her pregnancy journey so far

She showed her positive test

The two featured on the fourth season of the popular reality show, in which former couples are sent to a romantic location to see if their love will rebloom.

Chet is the brother of Casey from Stereo Kicks, who has a one-year-old son with Geordie Shore star Marnie Simpson.

Last week, Helen revealed her daughter Ocean had a birthmark on her chest removed after it grew bigger and darker.

Helen took to Instagram to share a video of her two-year-old’s journey and urged parents to look out for changes in birthmarks.

Her daughter, who she shares with boyfriend Chet Johnson, was born with the birthmark, but it began changing at the beginning of this year.

Her children got involved with the announcement

The couple both starred on Ex On The Beach

She revealed a black dot even appeared on the mark.

The reality star said: “Hey guys, I just wanted to pop on here & explain a little what Ocean had done at @greatormondst in London.

“Ocean was born with a birthmark on her chest which never bothered her or us but over the past 6 months, a black dot appeared which grew bigger & darker along with her birthmark (it’s really changed shape since she was born).

“I took her to the doctors about it who we’re a little unsure what it was, so they advised us to get it removed & have a biopsy on it so here we are today in London visiting for 2 days. She was so brave & is recovering so well.”

Friends and fans sent their well wished in the comment section and praised Ocean’s bravery.