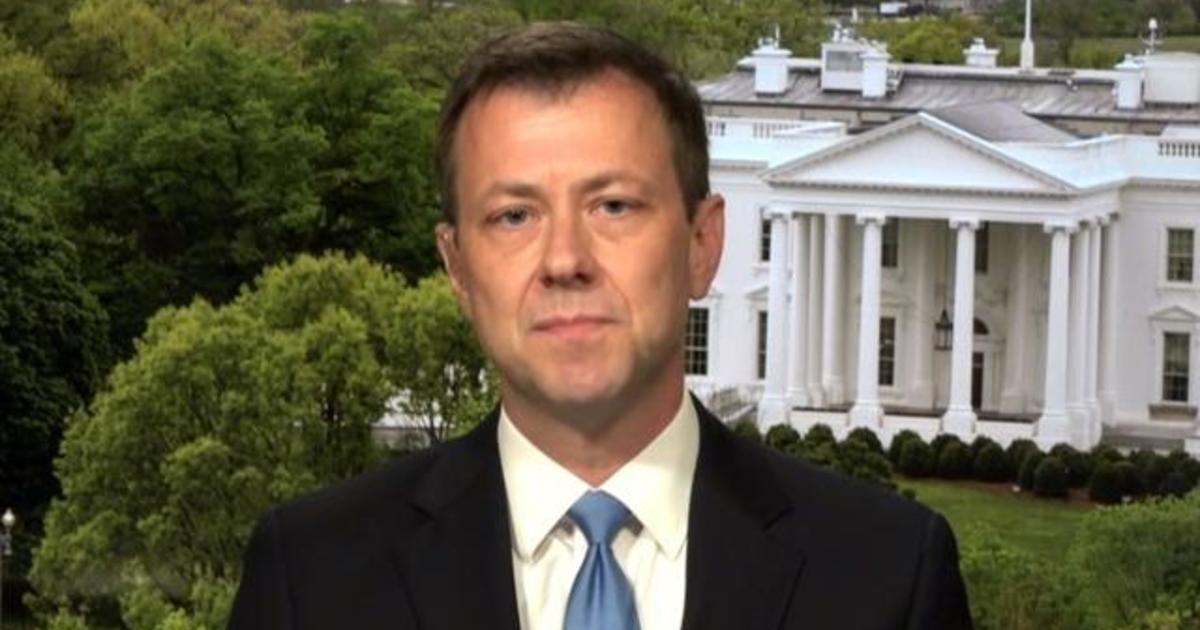 Former FBI agent Peter Strzok is out with a new book Tuesday that claims President Donald Trump is a national security threat. “Compromised: Counterintelligence and the threat of Donald J. Trump” focuses on Strzok’s work with the Mueller investigation into possible collusion between Russia and the 2016 Trump campaign.

Strzok was dismissed from the investigation and later fired by the FBI after text messages showed him criticizing then-candidate Trump. The White House says the book is full of lies and “isn’t worth the paper it’s printed on.”

Strzok joined “CBS This Morning” Tuesday for his first live interview about his book. He defended his own controversies and denied setting up a “perjury trap” when he interviewed former National Security Advisor Michael Flynn in 2017. He also said he has not been interviewed in the investigation into the Russia probe.

Read his conversation with “CBS This Morning” co-host Tony Dokoupil below.

Tony Dokoupil: To say your book is highly anticipated is an understatement. There’s a very big claim at the center of it and that is that the president of the United States is compromised, unable to put the country’s interest above his own. What is your best evidence of that charge?

Peter Strzok: Well, good morning. It’s great to be here. Look, I do think the president is compromised. I spent over two decades recruiting spies and supervising counterintelligence investigations throughout the United States and around the world. There’s nobody who has done that kind of work who does not believe that the president is compromised, and when you ask that question, when you look at that fact, you have to wonder how deep that compromise is and what he would or would not do to protect his own interest.

Dokoupil: Mr. Strzok, I want to interrupt you because that’s an assertion that everyone believes this. But what is the evidence so that people at home can make their own judgment?

Strzok: Absolutely. I think you need to look to the president’s actions with regard to Russia. When it comes to his absolute refusal to respond to the Russians placing bounties on the heads of our soldiers in Afghanistan, when you look at his statements questioning our commitment to the NATO alliance, asking whether or not we would come to the mutual aid and defend our allies in Europe, when you look at his failure to respond to the poisoning and attempted assassination of a Russian dissident. When you look at his absolute silence when it came to Russia ramming a truck in Syria and injuring many of our servicemen, you have to ask yourself why on earth is he doing these actions, allowing these things to occur without speaking out? It makes no sense for American security.

Dokoupil: I hear you saying that there’s an appearance of him being compromised. When we talk about appearances we also have to talk about appearances in your case. In 2016 during your investigation of the Trump campaign, you sent text messages that I would like to remind our viewers of and also you because you don’t recall sending them, you called the president a f-ing idiot, a disaster. At one point in southern Virginia, you said you can “SMELL” the Trump supporters. And, of course, most famously you said, don’t worry he won’t be president, “we’ll stop it.” I think the question is, are you trying to stop it now?

Strzok: No. Look, every agent has their own opinion. I have my own personal opinion as well. Every day, though, around the United States, government employees walk into their jobs and they leave their political opinions at the door. They do their job like I did my job, objectively, independently and in pursuit of the truth.

Dokoupil: I want to move on to something in the news right now but I will point out that the inspector general’s report could not rule out — the indication of bias was the phrase used. There was no documentary evidence of that bias, no explicit plan, but there were indications.

Strzok: Right, but if you note that, you need to note as well that the inspector general found absolutely no evidence of any kind that improper political considerations played a role.

Dokoupil: Documentary evidence. I want to move on to the Michael Flynn case because that’s in the news right now. The Justice Department is trying to dismiss charges against former National Security Adviser Flynn. You went to the White House to interview him back in 2017. The attorney general is saying what you did is set up a “perjury trap.” Did you do that, sir?

Strzok: Not at all. That’s a ludicrous accusation. The fact of the matter is that the national security adviser of the United States had had discussions with the Russian ambassador about lessening Russian response to those sanctions well before the Trump administration had sworn in. We get one president at a time in this country and what Flynn did, and what the FBI was trying to do to understand what he had done was absolutely legitimate and was absolutely justified.

Dokoupil: Quickly, through two more points. The first is, what happened to the original interview notes from that Flynn interview you conducted in 2017?

Strzok: Like every interview I’ve ever done, they went into an … envelope, they’re attached to the file, they’ve been provided to both the Department of Justice, to the special counsel and to Flynn’s attorneys.

Strzok: I have not.

Dokoupil: Are you a target or a witness?

Dokoupil: Do you expect additional indictments?

Strzok: With regard to government employees working on the case? Not at all.

Dokoupil: Unfortunately we have to go. People will have their opinions. We appreciate you being here answering the questions. Peter Strzok, thank you very much.