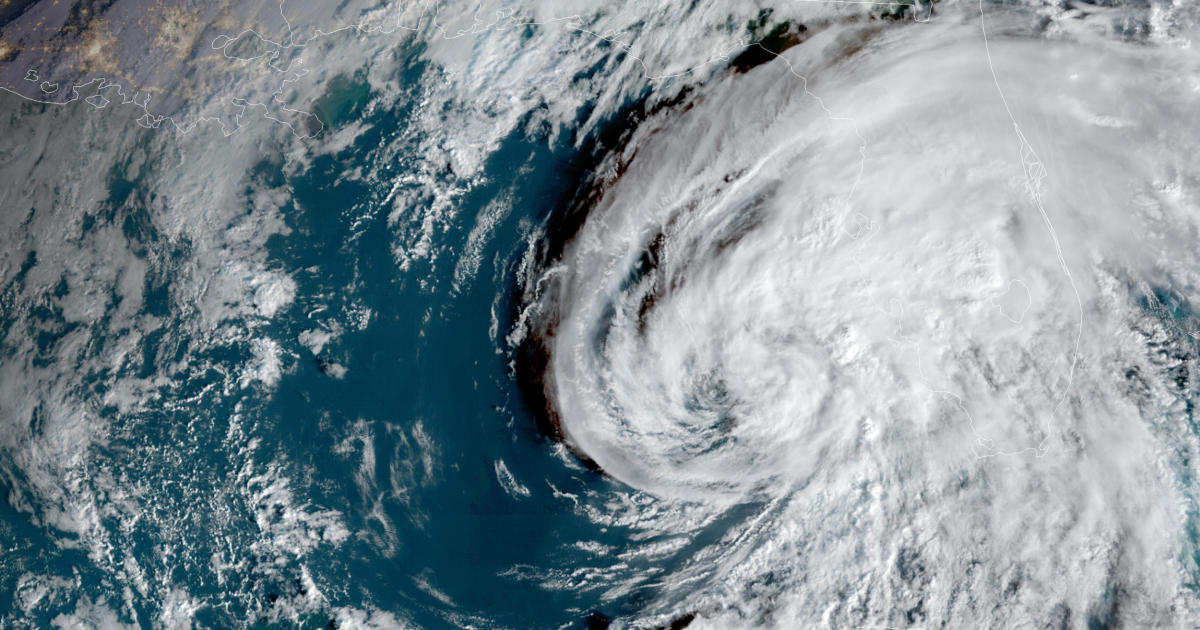 Eta regained hurricane strength Wednesday morning as Florida braced for a second hit from the storm. The storm’s maximum sustained winds increased to around 75 mph off Florida’s southwest coast.

Forecasters at the National Hurricane Center in Miami issued a hurricane watch for a 120-mile stretch that includes Tampa and St. Petersburg. The storm has been in the Gulf of Mexico since crossing over South Florida on Sunday.

The latest hurricane watch extends from Anna Maria Island, which is south of St. Petersburg, to Yankeetown.

On Wednesday morning, Eta was about 115 miles west-southwest of Port Charlotte, between Sarasota and Fort Myers, and about 145 miles south-southwest of Tampa. The storm was moving north-northeast at 10 mph.

Forecasts call for more rain from the storm system over parts of already drenched South Florida.

“Never seen this, never, not this deep,” said Anthony Lyas, who has lived in his now-waterlogged Fort Lauderdale neighborhood since 1996. He described hearing water and debris slamming against his shuttered home overnight as the storm crossed Florida.

The storm first hit Nicaragua as a Category 4 hurricane and killed nearly 70 people from Mexico to Panama, before moving into the Gulf of Mexico early Monday near where the Everglades meet the sea, with maximum sustained winds of 50 mph.

“It was far worse than we could’ve ever imagined, and we were prepared,” said Arbie Walker, a 27-year-old student whose Fort Lauderdale apartment was filled with 5 or 6 inches of water.

There was nowhere for the water to go across much of South Florida, which had already experienced nearly 14 inches of rain in October.

As much as 16 inches of rain damaged one of the state’s largest COVID-19 testing sites, at Miami-Dade County’s Hard Rock Stadium, officials said. Throughout the pandemic, it has been among the busiest places to get a coronavirus diagnosis. The site was expected to be closed until Wednesday or Thursday.

Eta hit land late Sunday as it blew over Lower Matecumbe, in the middle of the chain of small islands that form the Keys, but the heavily populated areas of Miami-Dade and Broward Counties bore the brunt of the fury.

Earlier this year, CBSN Originals explored how climate gentrification was threatening Miami’s last pockets of affordable housing in the documentary “Rising Tide: Priced Out in Miami.”

Rising Tide: Priced Out In Miami

Eta was the 28th named storm of a busy Atlantic hurricane season, tying the 2005 record for named storms. And late Monday, it was followed by the 29th storm — Theta.

The hurricane center said Theta broke the record of 28 named storms in 2005. Theta was centered Wednesday morning about 740 miles southwest of the Azores, bearing top sustained winds of 65 mph as that system moved east-northeast at 8 mph.