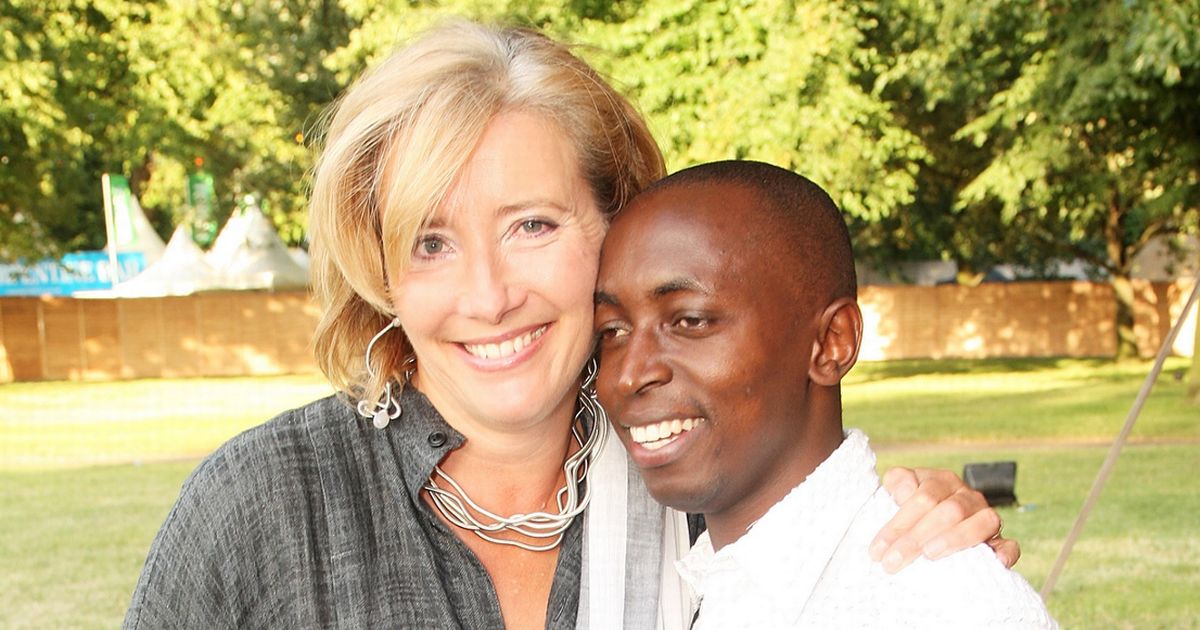 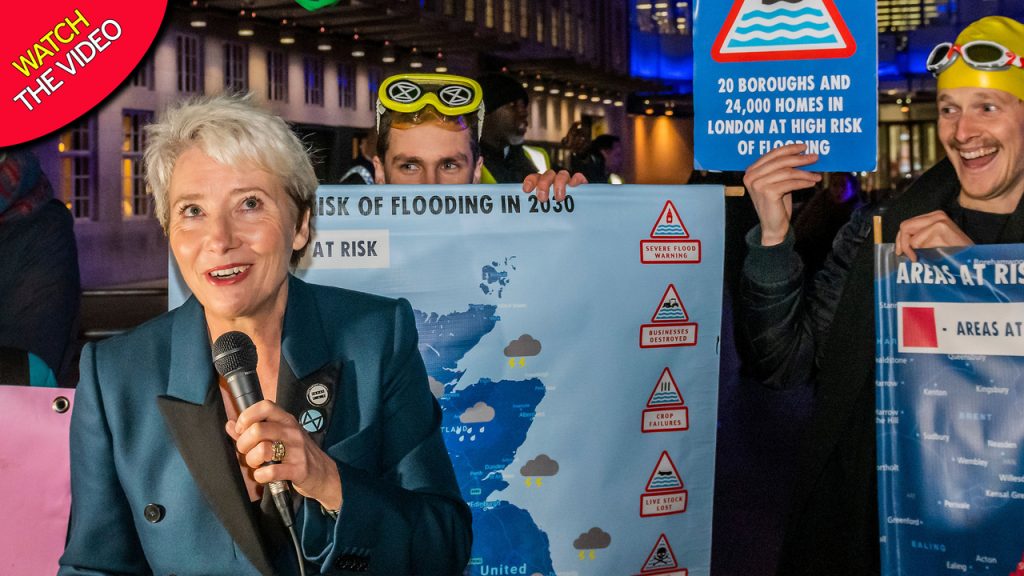 As a script, it might seem far fetched: Boy soldier escapes war zone, is adopted by famous couple… then aids refugees who still face hell.

But this is not a Hollywood invention. It is the real-life tale of Tindyebwa Agaba Wise and the couple who gave him a new life in Britain – actors Dame Emma Thompson, 61, and Greg Wise, 54.

But today, he is a proud humanitarian who has just landed a prized job with a specialist arm of the Metropolitan Police, helping refugees just like him.

And Greg, star of films such as Sense and Sensibility, tells how he and Emma couldn’t be prouder of their “remarkable son” and his work in war zones across the globe.

Greg said of the Met Police role: “Tindy is just about to start a job there and he’s doing some very interesting things for them – an adjunct of the work he was doing in war zones.

“Helping struggling people, working with victims of trafficking and radicalisation… that kind of thing.

“It’s a very rewarding thing to have happened.” 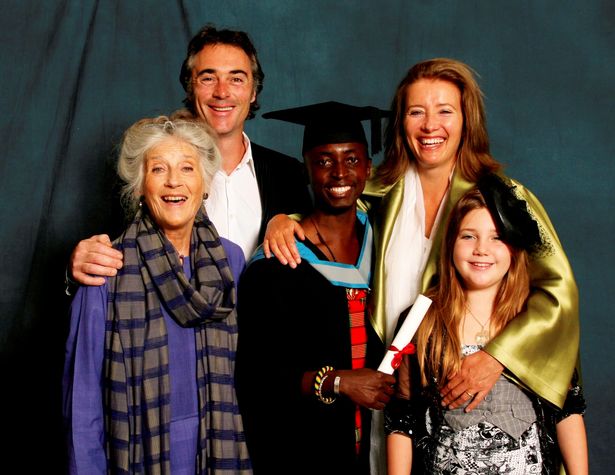 Tindy’s achievements – he graduated with two degrees and speaks eight languages – are all the more remarkable when you understand his background.

His biological father died of AIDS when he was just nine.

And when Tindy turned 12, soldiers stormed his village to kidnap its children. Unimaginable violence ensued.

When the sound of machine-gun fire and screaming subsided, militia rounded up Tindy and nine other children and marched them across unfamiliar bush for days.

The boys were separated from the girls and that was the last time Tindy saw his three sisters.

His next memory is of arriving at a prison camp where he would remain for three years – to be radicalised, brainwashed and trained as a child soldier.

Aged 16, having finally escaped Rwanda, thanks to the kindness of a charity worker at Care International, he boarded a flight for London to claim asylum. 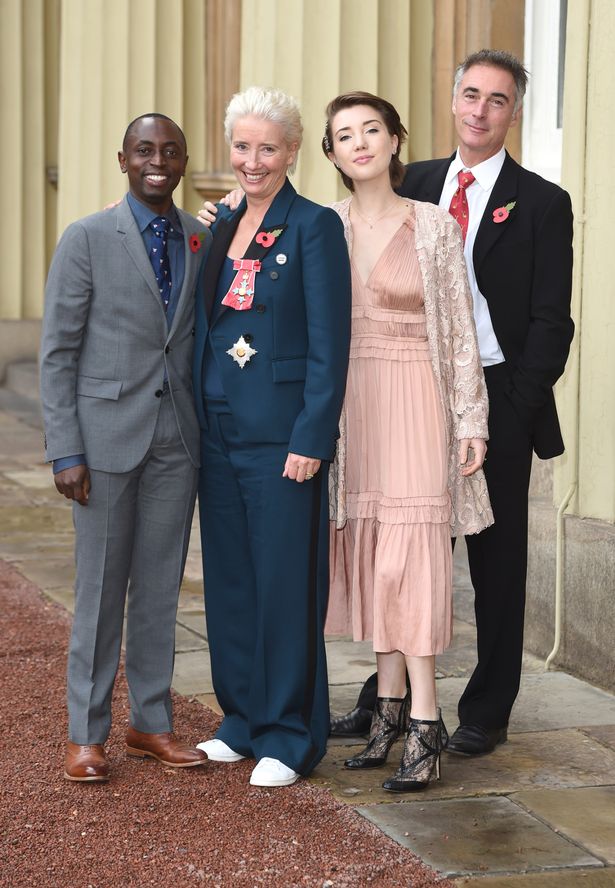 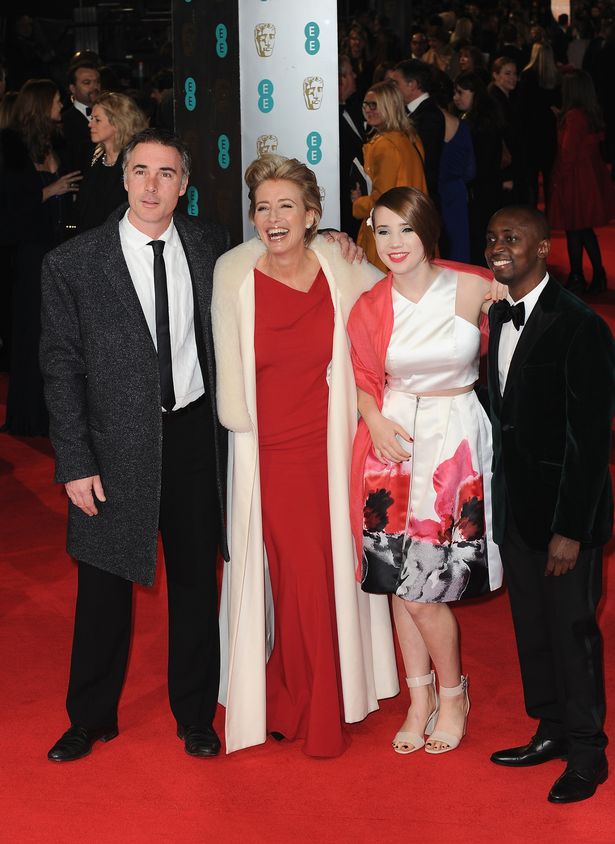 But he ended up living a twilight life among drug addicts, prostitutes and drunks, sleeping rough on the streets around London’s Trafalgar Square.

It is perhaps not surprising, then, the mistrust and suspicion Tindy initially felt towards Emma, who offered him help at a Refugee Council event months later.

“I wondered, ‘What does she want?’” Tindy later admitted. If the past had taught him one thing, it was that encounters with ­unfamiliar adults usually ended very badly.

But Emma tracked him down again and invited him round for a Christmas Eve dinner.

That dinner turned into regular stays at her £15million house in West Hampstead, North London, where he was given his own room.

Then there were whole weekends. Then whole weeks. 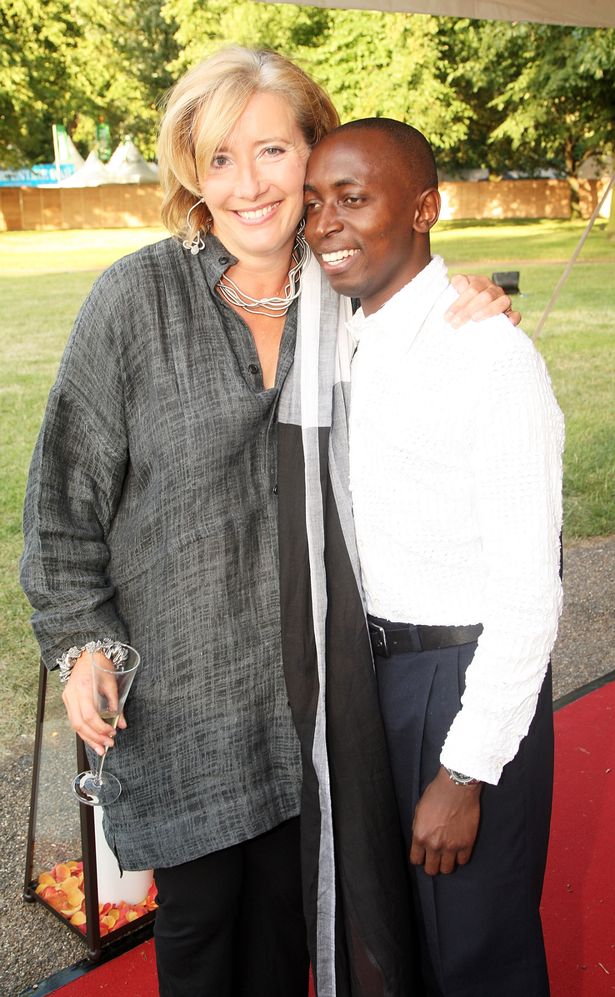 In the end, Emma and Greg adopted him “informally” – Tindy by then old enough to make his own legal decisions.

Still unable to utter more than a few words of English, he moved in with Emma, Greg and their daughter Gaia, then two – and now 20.

But it was a while before Tindy realised just who his new parents were.

A year after he first came to London, in 2004, something extraordinary happened. Tindy, newly enrolled at college and learning to speak English, was in class, studying Shakespeare.

His teacher pulled out a DVD of Henry V, dimmed the lights and pressed play.

Three scenes into the film, a woman wearing a crown appeared on the screen. Tindy blinked.

It was the woman whose house, by this point, he’d come to think of as home. He’d even started calling her “Mum”. It was, of course, Emma. That was the first inkling of the new life he was getting into.

Tindy embraced it. He soared through education, achieving a degree in politics at Exeter University and a second degree, in human rights law, at the School of Oriental and African Studies, University of London. 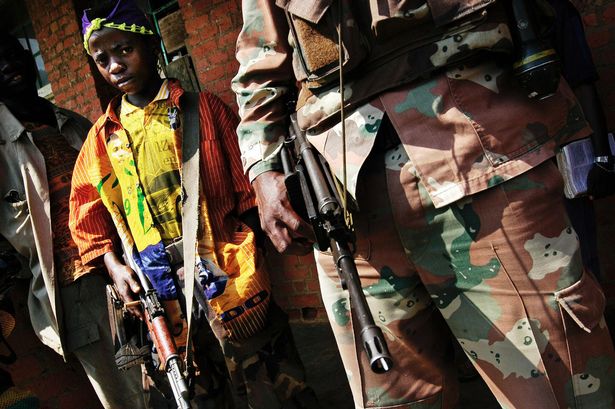 He now speaks ­English, Arabic, a bit of French and five African languages.

It was after unspeakable horror during the Rwandan genocide – when some 500,000 were murdered – that Tindy put himself on a path to try and right the dreadful wrongs he had witnessed as a child.

Emma and Greg supported him all the way. Greg went on: “He is an ­absolutely extraordinary young man and he, of course, knows more than his fair share of death and grief having been a child soldier captured by the [Rwandan militia group] Interahamwe and then managing to escape.

“Because he has suffered, he can understand what others go through. That is a fantastically powerful force to have around at the moment.”

After university, Tindy worked for the United Nations High Commission for Human Rights before setting up a charity providing pastoral care to refugees and asylum seekers in Cairo.

As well as Egypt he has worked in Burma, Liberia and Palestine – and even studied again at university in Iran.

Speaking about the reasons they decided to informally adopt Tindy, Emma has previously said: “Sometimes being friends is not enough.

“You need family. I think we don’t talk enough about the happiness that it gives you to find new connections with strangers and people who aren’t familiar to you.”

Emma, famed for movies such as Harry Potter, Nanny McPhee and Love, Actually, has introduced Tindy to many of her celebrity friends including Hugh Laurie and Rowan Atkinson, who live nearby.

Tindy, of course, posed happily for a family picture at Buckingham Palace when Emma was made a Dame by Prince William two years ago.

And family is most important for him – memories of the one he left in Rwanda, and the one who rescued him in London.

He is very settled here and is married to a Chinese marketing expert studying to be an astrophysicist at King’s College University in London.

The couple still live near Greg and Emma, which keeps everyone happy.

Greg added: “We are all literally living in each other’s pockets still – after all this time. And we are still a very, very close-knit family.”

Greg Wise is an ambassador for end of life care charity Marie Curie and is among a roll call of names supporting a National Day of Reflection next year to remember coronavirus victims.

Read More: Emma Thompson adopted a child soldier and his life became better than any script

Only Fools and Horses legend David Jason, 80, still rakes in £1m a year »