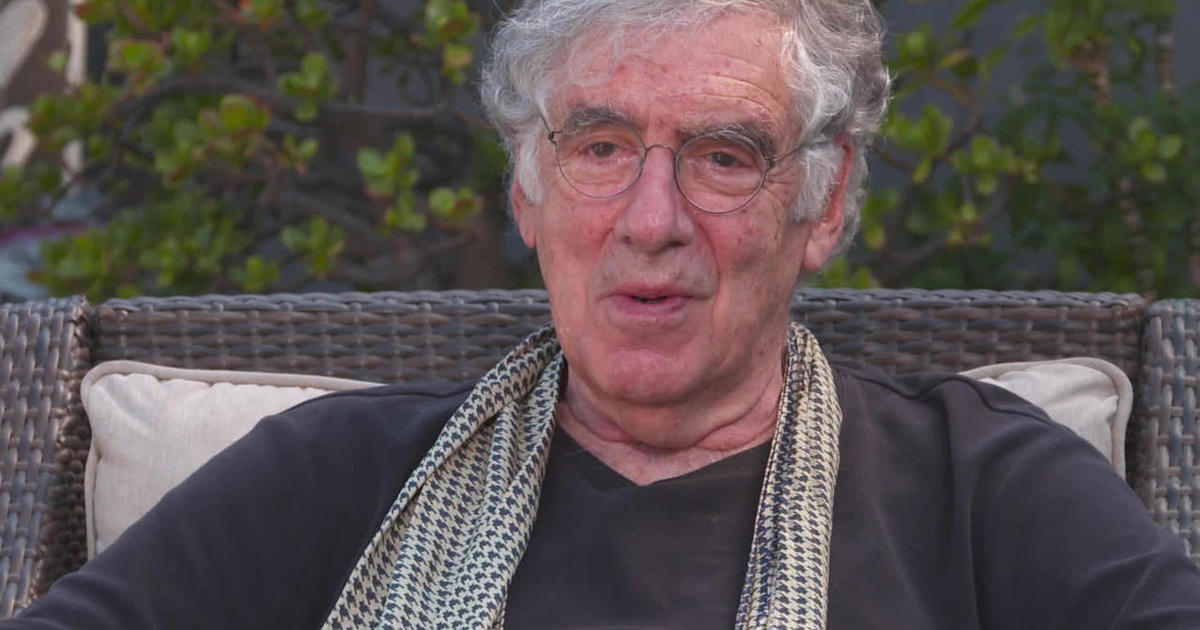 Elliott Gould on his unconventional stardom

For Elliott Gould, all the world’s a stage, even when that stage is a backyard patio in Los Angeles.

“To be or not to be. That’s the question. Whether ’tis nobler in the mind to suffer the slings and arrows of outrageous fortune, or to take arms against a sea of troubles, and by opposing, end it?”

Gould is rehearsing Shakespeare’s signature soliloquy. But he’s not playing Hamlet. He simply decided, at 82, it was time to memorize it.

He’s never been a typical Hollywood star – not now, and not in 1970, when Time magazine put the “MASH” actor on its cover.

“Donald Sutherland, one of my best partners, great actor, said to me, ‘What good does it do to know everything when you don’t understand anything?'” said Gould.

Pretty sure Gould understands acting. For seven decades, from “The Long Goodbye” to the “Ocean’s” movies and “Friends,” his characters have been unconventional and distinctive. Six times he played himself, hosting “Saturday Night Live,” a return home to his New York roots.

Turner Classic Movies host Ben Mankiewicz asked Gould, “Where are you from?”

“I am from Brooklyn, New York. I was conceived in Far Rockaway, and born and brought up in Brooklyn.

“My next question was, ‘Where were you conceived?'” Mankiewicz laughed.

His birth certificate reads Elliott Goldstein. His mother, Lucille, changed his last name without telling him. She also nudged him into show business. “My mother would say to me, ‘I’m your severest critic’ – she used that word – ‘and all you have to do is please me.” And I thought, “That’s not very fair.’ As I got to know myself, I said that, ‘What you’re saying then is, I can’t please myself until you’re pleased.'”

At eight or nine, his parents enrolled their shy, withdrawn kid in a song-and-dance school. He was good, and in 1962, at 23, he earned the lead in a Broadway musical, “I Can Get It For You Wholesale.”

And that’s where he met an actress playing his secretary, another Brooklynite, 19-year-old Barbra Streisand.

Actress-singer Barbra Streisand receives a kiss from her husband, actor Elliott Gould, on the opening night of “Funny Girl” at the Prince of Wales Theatre in London, April 13, 1966.

Mankiewicz asked, “How’d you get her to go out with you?”

“After her last audition, they said, ‘Thank you.’ She then was very flummoxed as to being right there and not knowing what’s gonna happen next. And so, she announced her phone number. And she said, ‘Would somebody call me?’ And I remembered her number, and I called her.”

They were an “It Couple.” She became a superstar, while he had back-to-back breakout films. First, he earned an Oscar nomination in a bold comedy about the sexual revolution, “Bob and Carol and Ted and Alice,” with Robert Culp, Dyan Cannon and Natalie Wood. “Oh, Natalie Wood. She’s so missed,” Gould said.

And then as Trapper John McIntire in “MASH” for director Robert Altman.

But fame came at a cost. Gould and Streisand, who had a son, Jason in 1966, stayed together for eight years, but they divorced in 1971.

When asked to explain what ended their marriage, Gould responded, “Well, Barbra asked me at one point, ’cause she’s still writing her book, she said, ‘Why did we grow apart?’ And I said, ‘My question would be, ‘How could we have grown apart?’ And the answer to that is that we didn’t grow together. And the reason for that was because she became more important than us. And then I also said to her, ‘We did great. We made it very fast. And nobody has what we have. There’s you, and me, and our kid.”

After the divorce, Gould collaborated twice more with Altman, in arguably his signature role, as Philip Marlow in “The Long Goodbye”; and as an addicted gambler in “California Split.”

That one hit close to home for Gould, who used to gamble, a lot.

“Well, I mean, I’m obsessive compulsive, you know?” he said. “My family had no money. And I’m second generation American. And so, I would sort of gamble. And like, you know, a lot of people have that, you know?”

“Did you lose a lot of money?” asked Mankiewicz.

“I can’t say I made a lot of money,” Gould laughed.

“Nobody makes a lot of money.”

Fittingly, Gould was in Las Vegas when he met the King: “We went backstage, and I met Elvis. Elvis and I were in the same room. And Elvis was carrying a gold, gilded .45 in his belt. And Elvis looked at me and he said, ‘You’re crazy, man. Hey man, you’re crazy.’ And I said, ‘I ain’t crazy, Elvis. I’m scared, just like you, you know?’

And then he said to me, he said, ‘Why did you and Barbra split? You’re two of my favorite people.’ And I said, “Shut up, Elvis.'”

The Elvis story is good; the Groucho one might be better. Groucho Marx was home, bedridden. Gould came to visit, when a light bulb blew: “And so, I was able to get a fresh light bulb. I took my shoes off, I got on back on his bed, took the used one out, put the new one in, and Groucho gave me the greatest review I’ll ever get, which was, ‘That’s the best acting I’ve ever seen you do!'”

Light bulb or not, Elliott Gould has staying power. He keeps acting, he keeps thinking, and finding peace in the present.

Gift of baseballs, with a catch »