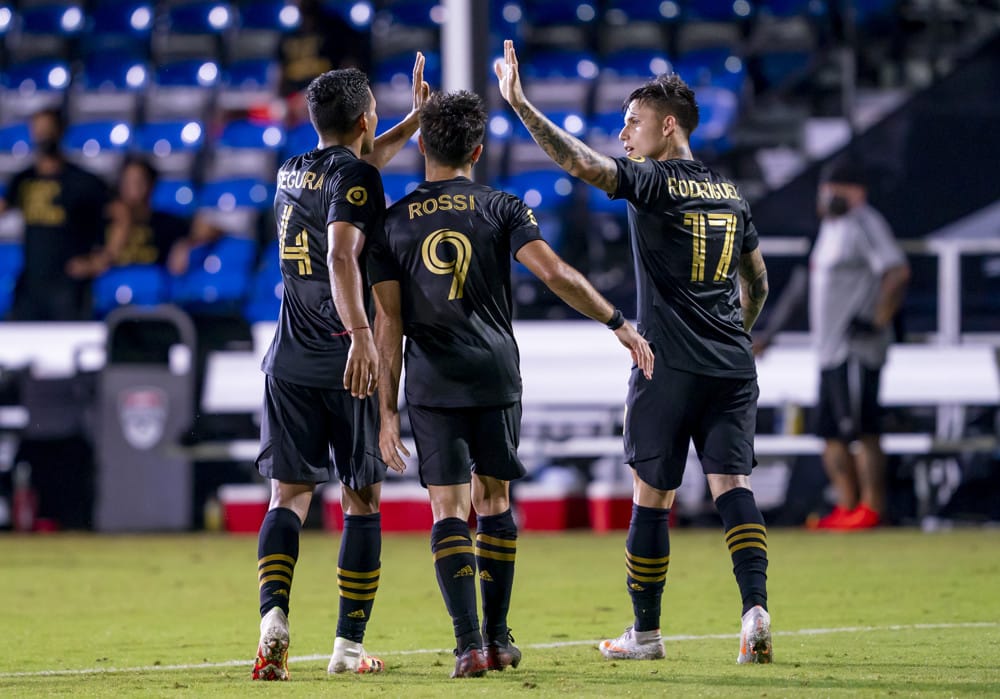 Diego Rossi exploded this Saturday night, scoring four goals and leading his LAFC to a win over LA Galaxy, 6-2.

The Uruguayan striker was unstoppable for the Galaxy’s defense, as he not only scored four times, but managed to add one assist to his tally becoming the only player in the MLS history who was involved in five goals at one game – twice.

Rossi’s hits were equally divided two in the first and two in the second half. Two came in the stoppage time – one of the first halftime, and the other of the latter, so we might say that he pretty much dispersed his contribution perfectly.

Latif Blessing opened the show with an own goal in the fifth minute, once Sebastian Letget’s attempt hit the LAFC’s defender and finished behind Pablo Sisniega.

Rossi leveled the score in the 13th minute from the penalty, but Galaxy took the lead once more after that. Christian Pavon scored the second goal for Galaxy also from a penalty. The turning point of the match happened in the second minute of the first half’s stoppage time.

Rossi would once again level the result to two-all, but it seems that the time of the goal created momentum on the LAFC’s side, while killing the morale of the Galaxy’s players.

After that, only one team played, and that was LAFC. Bradley Wright-Phillips raised to 3-2 in the 56th minute, and Rossi made it 4-2 for the Supporters’ Shield winners in the 75th minute. Mohamed El-Munir scored his second goal for FC since joining from Orlando five minutes later. It was a screamer that left no chance for the Galaxy’s goalkeeper to do anything.

Rossi sealed the victory in the second minute of the stoppage time, to humiliate the biggest opponents.

LAFC now awaits Portland Timbers in a match which will decide the winner of Group F of the MLS is Back tournament.

On the other side, LA Galaxy faces Houston Dynamo, who has one point, and this will be the battle for the third place, which could lead to the round of 16. It would require some other results to come together, but the chance is there.

Both games are set for the next Thursday.

« Kanye West Is Set To Hold The First Presidential Campaign

Andy Cohen Hints Teddi Mellencamp And Kyle Richards Are Being Fired From The RHOBH? – Here’s Why Fans Are Convinced After Seeing This Pic! »