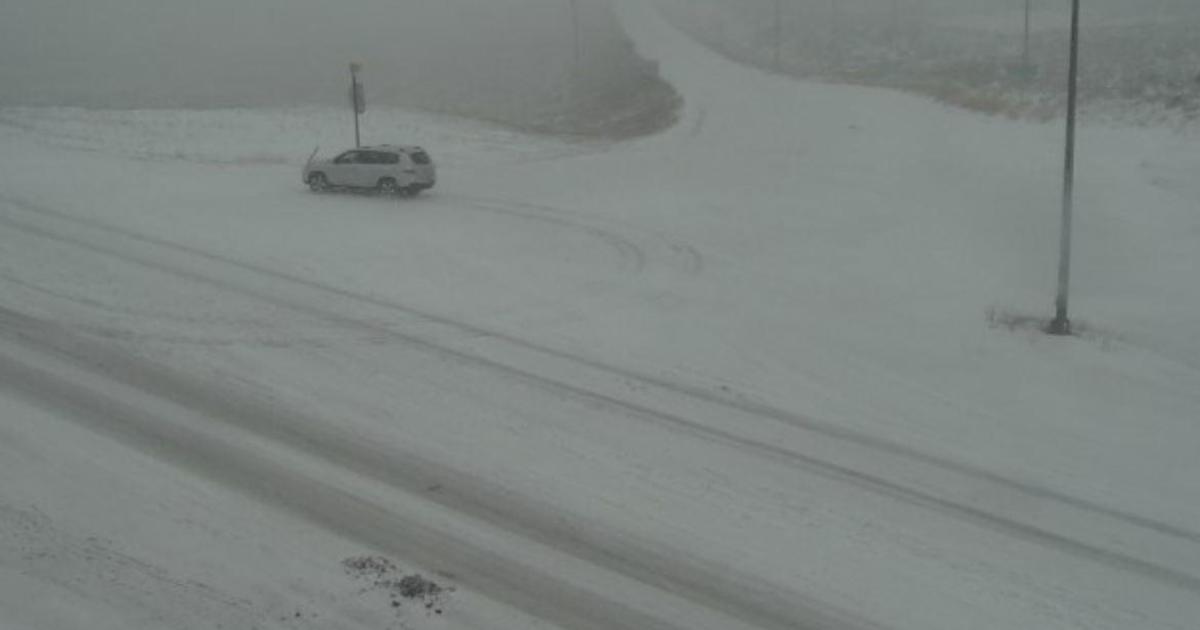 After shattering records over the Labor Day weekend with temperatures in the 90s and 100s along the Southern Rocky Mountains, winter abruptly showed up Tuesday morning in Colorado, CBS Denver reports.

Going from record heat to the coldest weather seen in the last five months was quite a shock Tuesday morning.

“We have a temperature difference of 60 to 70 degrees in 24 hours across the Rockies,” CBS News meteorologist and climate specialist Jeff Berardelli said Tuesday on CBSN. “Yesterday in Denver you were swimming in your pool … hopefully today you are wearing long pants, a sweater … and a coat because it’s in the 30s.”

That type of temperature swing is not necessarily uncommon in Colorado in the winter months, but it’s unprecedented for September.

“While Denver has experienced measurable snow in early September once before, this is a very rare occurrence,” Berardelli noted. “And certainly to have all these extremes happen at the same time is not something I can recall ever seeing before.”

The cold air was enough to turn rain into wet snow in most areas Tuesday morning. A brief change back to rain is possible below 6,000 feet Tuesday afternoon, but all precipitation is expected to be snow Tuesday evening. And Tuesday night is when the majority of the accumulation will occur along the Southern Rocky Mountains.

The Denver, Boulder and Fort Collins areas are under a Winter Weather Advisory for 2-6 inches of snow through 12 p.m. Wednesday.

Main impacts from this storm expected to arrive this evening when heavier snow moves in. There is still moderate uncertainty with regard to accumulations due to melting, but broken tree limbs and scattered power outages are main concerns for lower elevations tonight. #COwx pic.twitter.com/5O7aasIFGP

In the mountains, the highest snow totals will likely be in the Sangre de Cristo Mountains and Wet Mountains west of Pueblo, Walsenburg and Trinidad. These areas will get up to 18 inches of slushy snow. Farther west there will be up to 12 inches in the San Juan Mountains. The mountains of Summit County and northern Park County will see at least 6 inches of snow, including along the I-70 corridor above Georgetown and Highway 285 above Morrison.

The storm will be slow to move out of Colorado, with additional snow mixed with rain possible in the mountains on Wednesday, Thursday and even Friday. Snow should end completely for Denver and the Front Range no later than noon Wednesday, but it will take several more days before warmer weather returns.

Video Update: Not much accumulating snow is expected for at least the next few hours. Then we expect a surge late afternoon into the evening with highest amounts piling up in the foothills. Hard to believe I'm typing this forecast in early September.#cowx #4wx pic.twitter.com/de6YEtQTbG