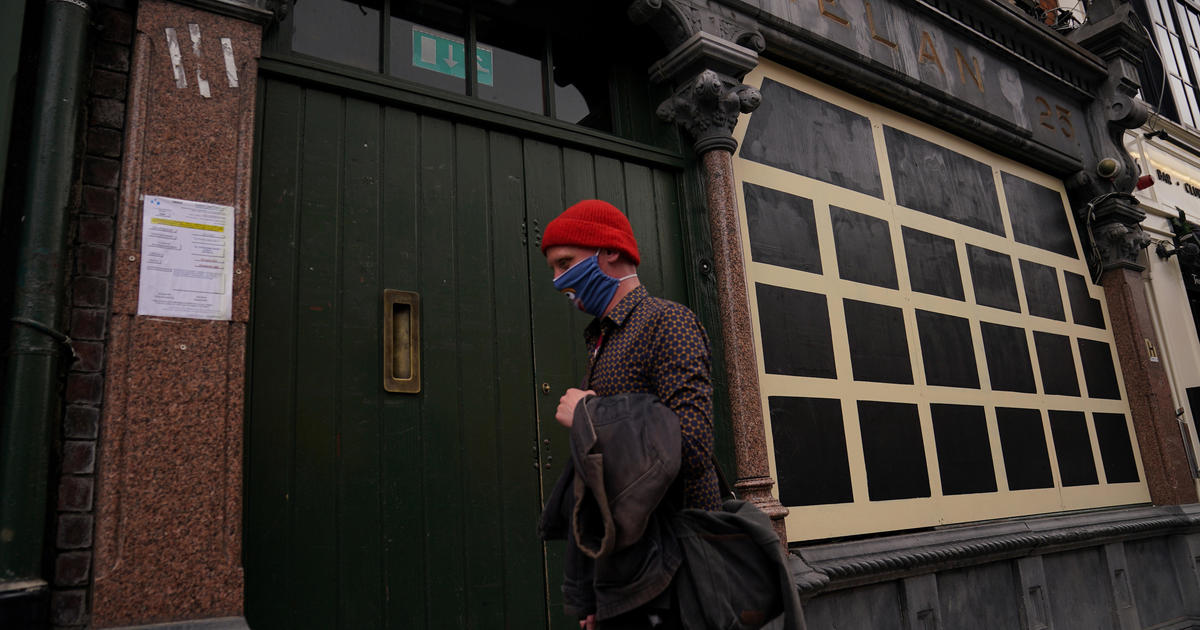 Dublin pubs will remain shut when those outside the capital reopen next week, the Irish government said Tuesday as it unveiled new restrictions following a surge in coronavirus cases. Prime Minister Micheal Martin said the government would introduce “additional measures” to suppress the spread of the virus, which has so far killed nearly 1,800 people in Ireland.

“Current COVID numbers in Dublin are very worrying,” he told a press conference in the capital after a cabinet meeting.

A shuttered pub is seen with hoarding over its windows, closed due to Government coronavirus restrictions amid the coronavirus disease (COVID-19) outbreak in Dublin, Ireland, September 3, 2020.

All Irish pubs closed in March as the country entered coronavirus lockdown, but those serving food have been permitted to reopen their doors since late June.

The remaining “wet pubs” — those serving drinks only — will be allowed to operate from Monday, around six months after first shuttering.

However in Dublin they are now to remain closed.

Meanwhile new restrictions will require those in the capital to limit meetings to two households in maximum groups of six people.

“Those living in Dublin should be encouraged to limit travel outside the region,” the new government advice stated.

Some 1,784 people have died from the virus in Ireland, according to the latest official figures.

On Monday the health department said 108 of the 208 new cases recorded were registered in Dublin.

“The situation in our capital (is) worrying and has deteriorated in the past few weeks,” said Leo Varadkar, the deputy prime minister. “The level of the virus circulating in our city and county has increased more than tenfold.”

The government announced the latest restrictions alongside a new “medium-term” plan to tackle COVID-19.

It contains five levels of restriction measures which can be rolled out regionally based on the prevalence of the virus.

However the framework prompted immediate confusion after the government classified all of Ireland, including Dublin, as currently at “level two” — the second least severe ranking — despite the new localised restrictions in the capital.