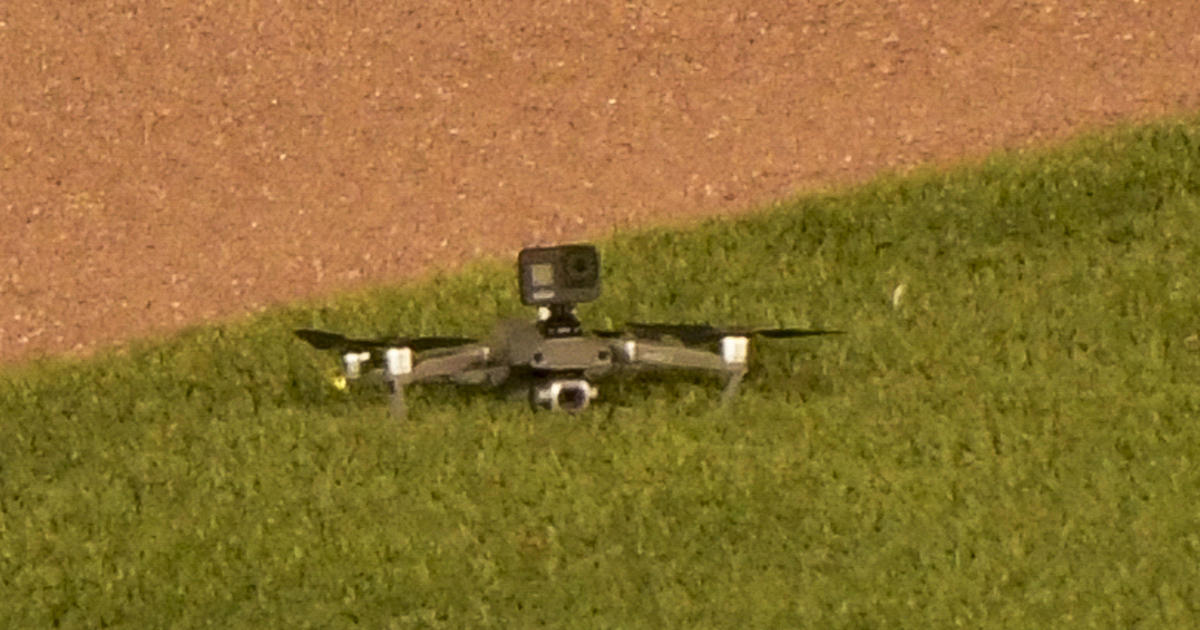 Sally still a threat to Florida Panhandle and Alabama

Trump says CDC director “made a mistake” on vaccine timeline

Why a growing number of Americans are turning to socialism

Chicago — Umpires hastily cleared the field during a game between the Cleveland Indians and Chicago Cubs on Wednesday night when a small drone flew into Wrigley Field over the bleachers and landed on the grass in deep left center.

A drone sits on the grass after it landed in Wrigley Field outfield during game between Chicago Cubs and Cleveland Indians on night of September 16, 2020, in Chicago. Play was briefly suspended.

As Willson Contreras came to bat with two outs in the bottom of the fifth and the game tied at 2, the device was spotted over the left-center stands. Before the drone landed, umpires rushed players into the dugouts.

Cleveland Indians wait out a brief suspension of play during the fifth inning after a drone landed in the Wrigley Field outfield during game against Chicago Cubs on night of September 16, 2020, in Chicago.

The blinking drone took off, hovered at about 100 feet, then pulled away and vanished past the vintage center-field scoreboard.

Following a 7-minute delay, Contreras resumed his at-bat and grounded out to end the inning.