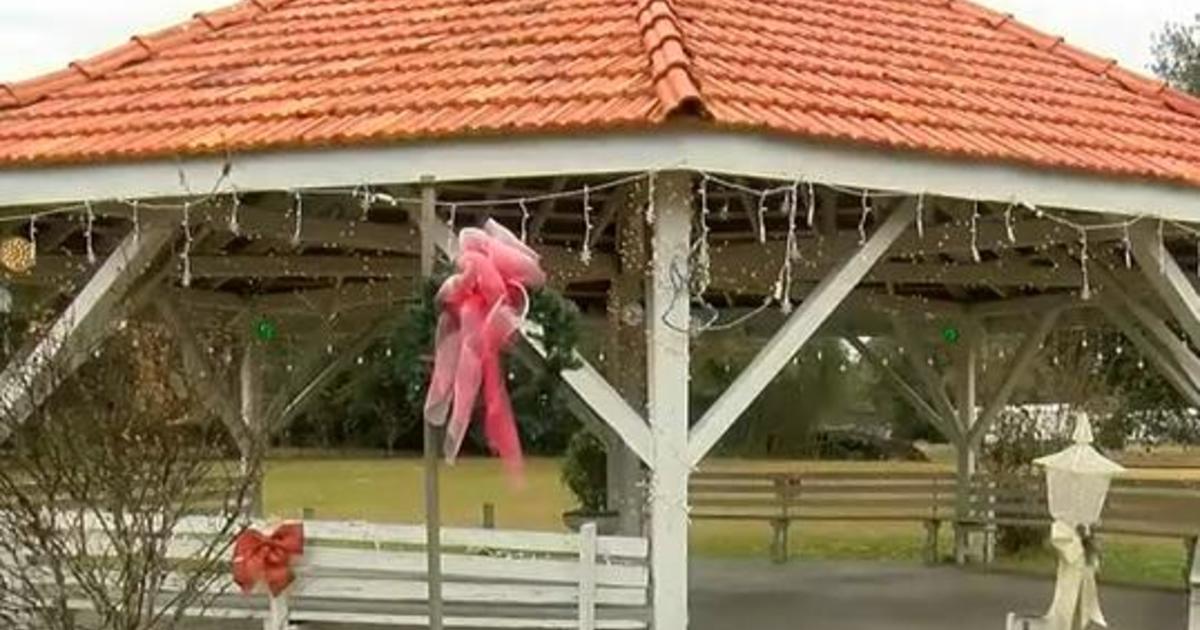 Long County said in a statement that roughly 50 kids were involved. Parker said his two were among them.

The Long County School System is asking parents to keep children who were there or show symptoms home until after the new year, though schools will remain open.

Gazebo in Ludowici, Georgia where dozens of children had pictures taken with “Mr. and Mrs. Claus” at Long County’s Christmas parade on December 10, 2020. Three days later, the couple tested positive for COVID-19.

Parker said in a statement that he doesn’t “feel this incident is cause for panic.”

Most local officials, he said, “still stand by the decision of the Chamber to move forward with these holiday traditions and to bring some sense of normalcy to these trying times.

“I have personally known both ‘Santa’ and ‘Mrs. Claus’ my entire life and I can assure everyone that they would have never knowingly done anything to place any children in danger. They have both filled these roles for many years, and bringing joy to children during the holidays is one of the most important parts of their lives.

“Without them filling these roles locally, I know there are countless underprivileged children who would never have experienced the joy of meeting Santa Claus.”

Parker told WTOC anyone who was in close contact with the couple should follow CDC guidelines designed to limit COVID’s spread.