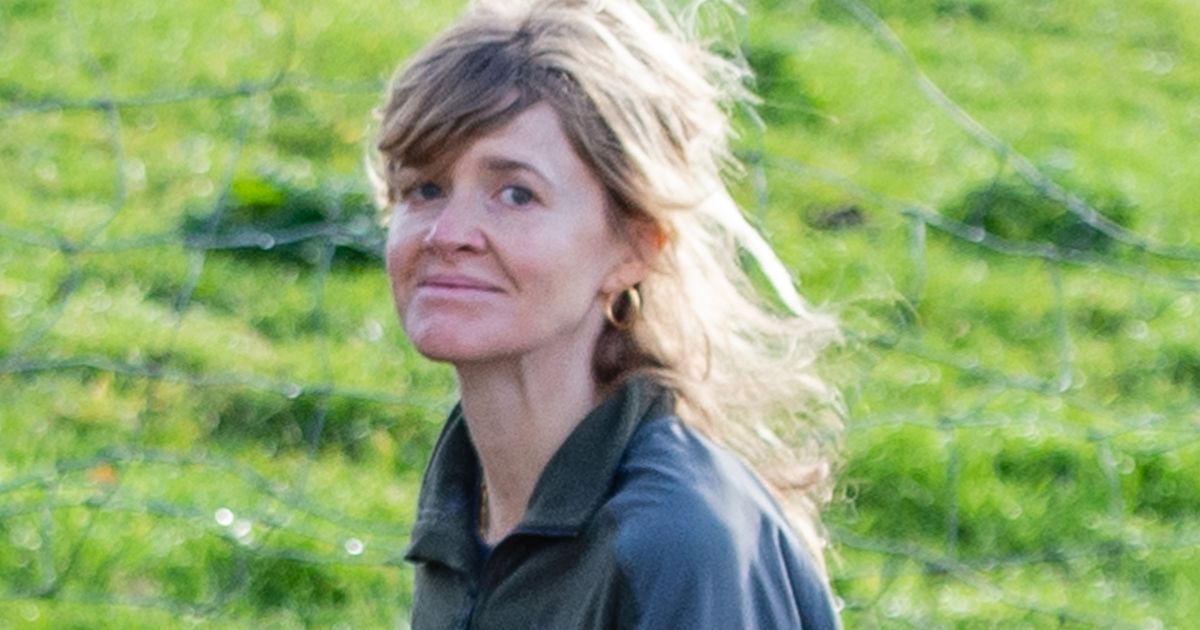 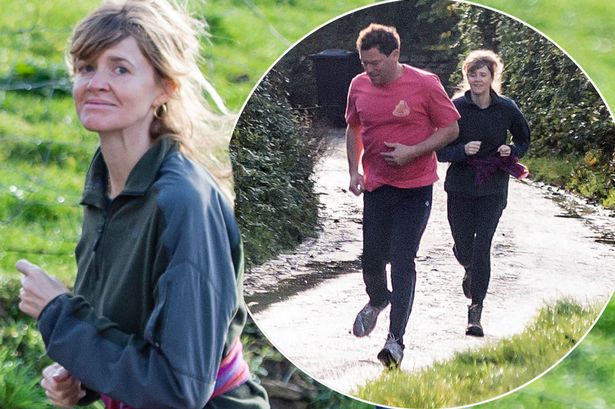 Dominic West and his wife Catherine FitzGerald made a defiant show of unity as they headed out on a couples run together following recent speculation about their ten year martiage.

Questions were raised after Dominic, 51, was spotted enjoying a holiday to Rome with his Pursuit of Love co-star Lily James, 31.

The pair were seen speeding round the romantic city on the same electric scooter before sitting down to lunch where Dominic was seen nuzzling Lily’s neck and appearing to kiss her in front of diners.

After two sun-soaked days abroad with Lily, Dominic returned to his family home in Wiltshire, where he lives with Catherine and their four children. 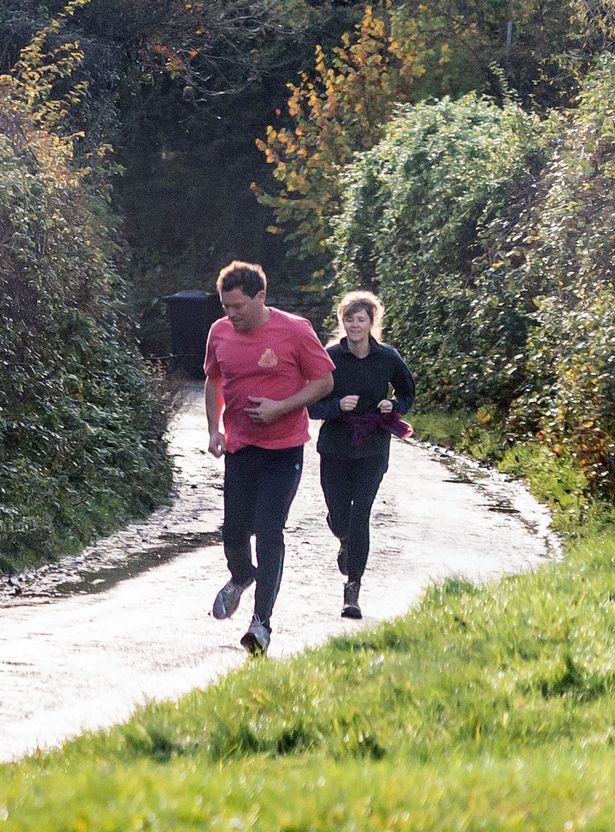 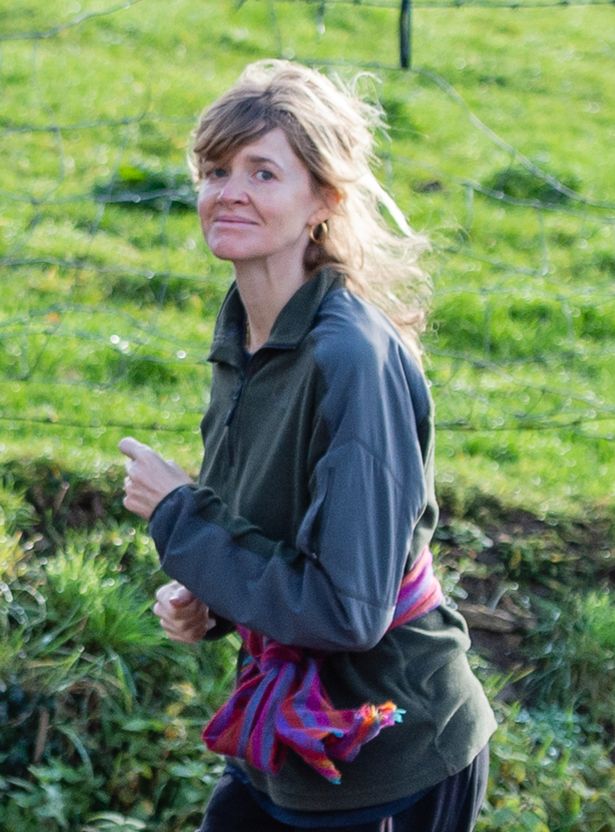 This week it was rumoured that despite publicly taking Dominic back, Catherine was reportedly planning to leave him and return to her family home in Ireland.

However, Catherine and the Affair actor appeared to be putting the speculation behind them as they headed off for a run together around the scenic countryside surroundings of their Cotswolds home.

Catherine, 49, gave a smile to the camera as she followed behind her husband dressed in a pair of tracksuit bottoms, a loose-fit fleece and walking boots.

While Dominic led the way clad in a striking pink t-shirt and joggers as the duo raced along.

When Catherine appeared to fall behind as they sped up a hill, Dominic gave a sidewards glance over his shoulder to check she was keeping up. 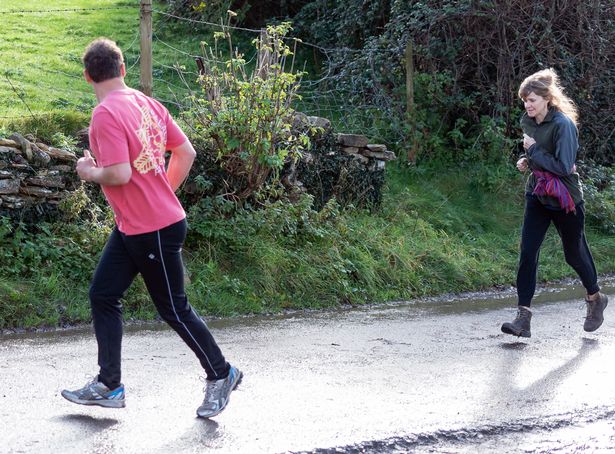 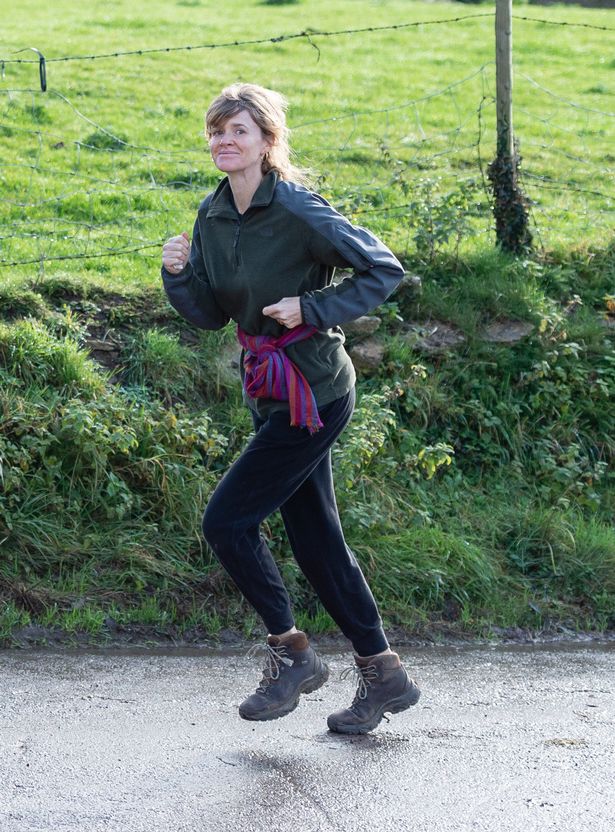 At one point, Catherine gave a brief smile to the camera as she followed after her husband as he steamed ahead.

The outing came on the same day it was reported that Catherine had decided to walk away from the marriage.

The joint run appeared to put the rumour to bed, and is the first time Catherine has been seen with Dominic since they staged a press conference outside their home last month to confirm that their marriage was very much still on.

Catherine stood by her husband for the photos and kissed him affectionately on the cheek, while holding in her hand a piece of paper that read: “Our marriage is strong and we’re very much still together. Thank you.”

Dominic noticeably kept his left hand in his pocket throughout keeping his wedding ring – which had been missing during his holiday with Lily – out of view. 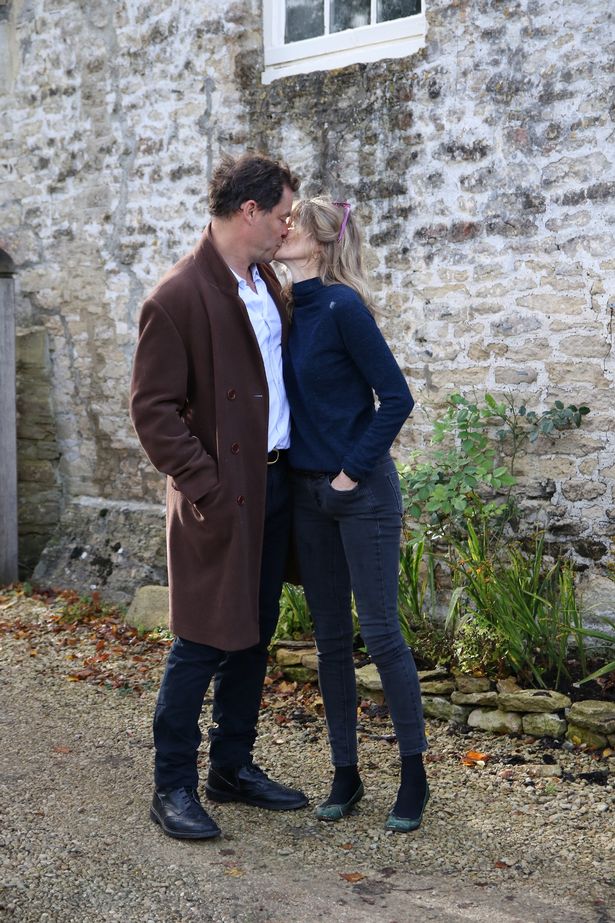 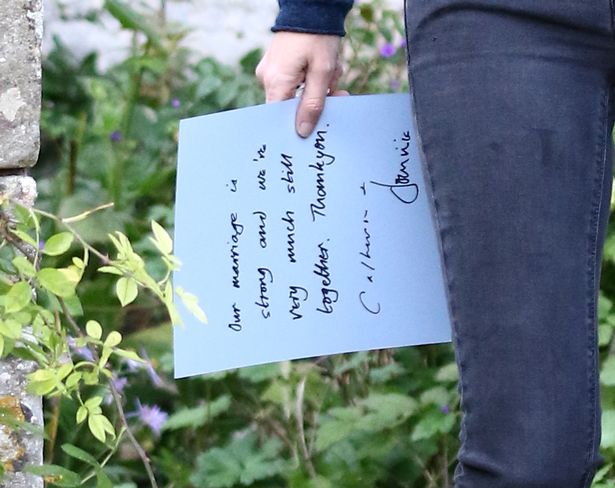 Married father-of-two Dominic and Mama Mia star Lily found themselves at the centre of a media storm in October after being pictured looking cosy on a trip to Rome.

An eye witness on Dominic and Lily’s BA flight out to Italy described them as looking like ‘two teenagers in love.’

“Within minutes of the plane taking off, they began kissing and cuddling after both removed their masks,” they told the Sun On Sunday. 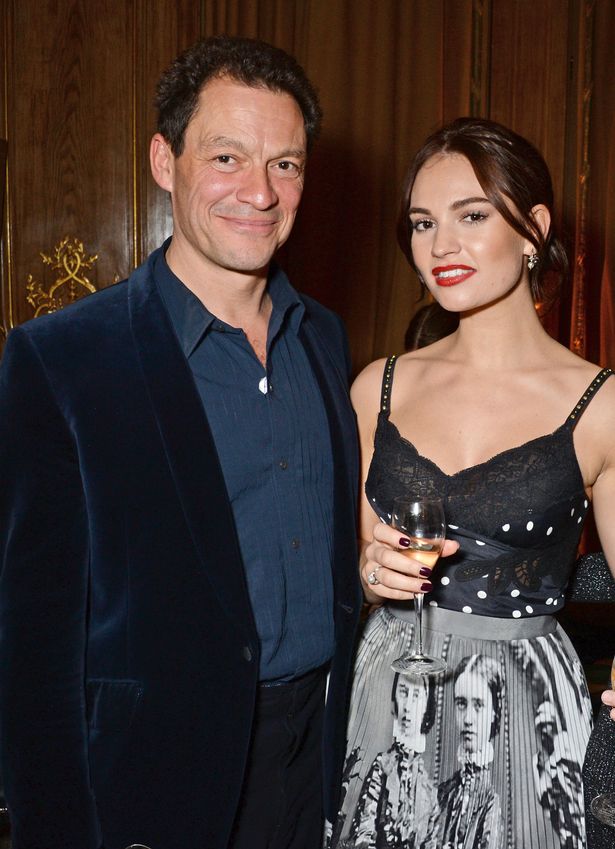 “They looked like a couple heading for a dirty weekend and they were all over each other. They were French kissing and there was a lot of necking going on.”

The witness – a businessman who was on the same flight – said he didn’t know who Lily was until he saw the media reports about the pair’s cosy lunch.