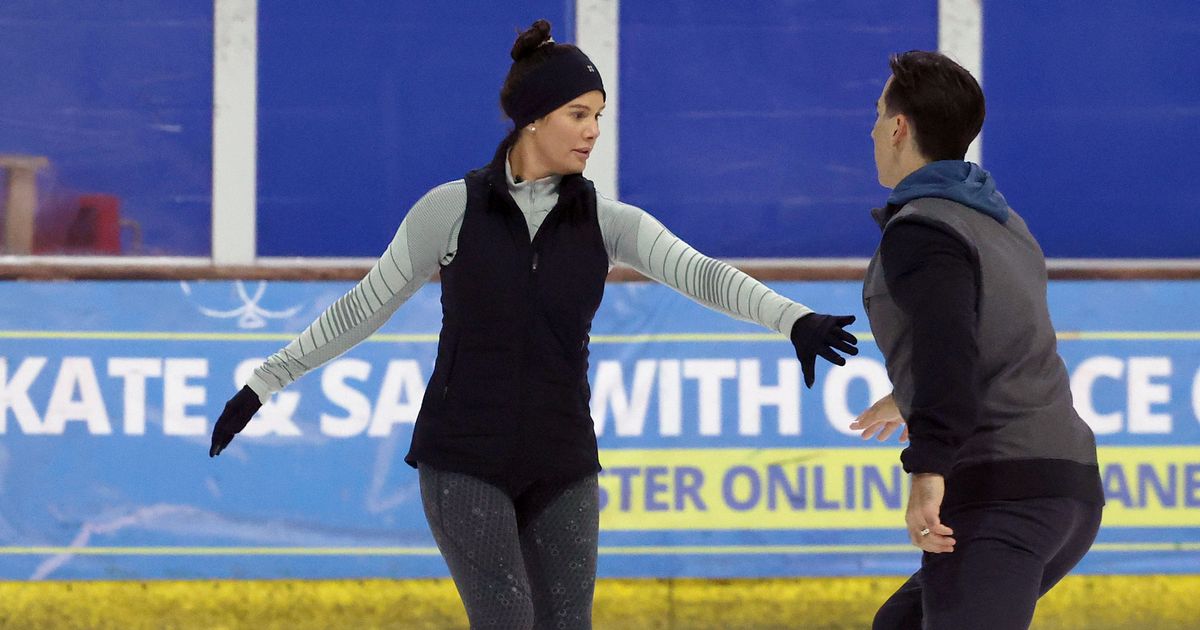 WAG Rebekah Vardy has been pictured hitting the rink with her skating partner Andy Buchanan as she gets stuck into training for Dancing On Ice. She has just two months to get ready before the show debuts on ITV in January 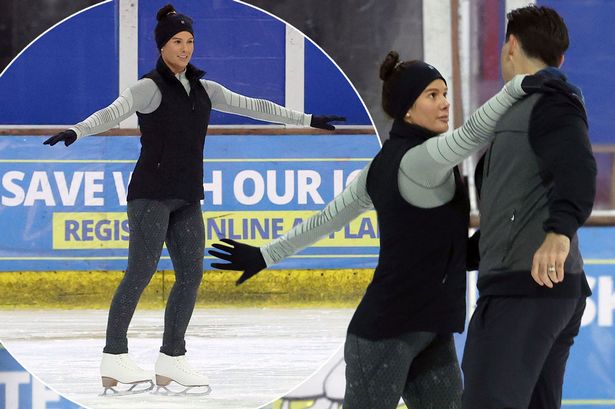 Dancing on Ice star Rebekah Vardy has been pictured looking nervous as she put through her paces by her skating partner Andy Buchanan.

The wife of footballer Jamie Vardy is among the famous faces who have signed up for the new series of the ITV show.

She previously shared a picture from the Alexandra Palace ice rink in North London as she unveiled Andy as her partner, and now Rebekah has been pictured getting to grips with some moves.

In new pictures, she’s seen looking apprehensive as Andy guides her across the ice.

However, Rebekah appears to be getting the hang of it as she’s also seen standing on one leg and trying to skate backwards. 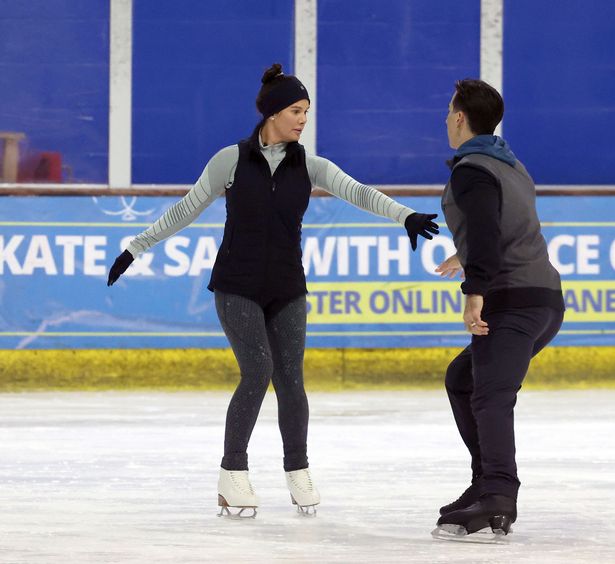 She’s being carefully supervised by Andy, who makes sure she doesn’t put a foot wrong.

The pair try out several moves together, with the professional skater looking pretty pleased with his protege.

Andy is a Canadian figure skater who has spent years at the top of his game. 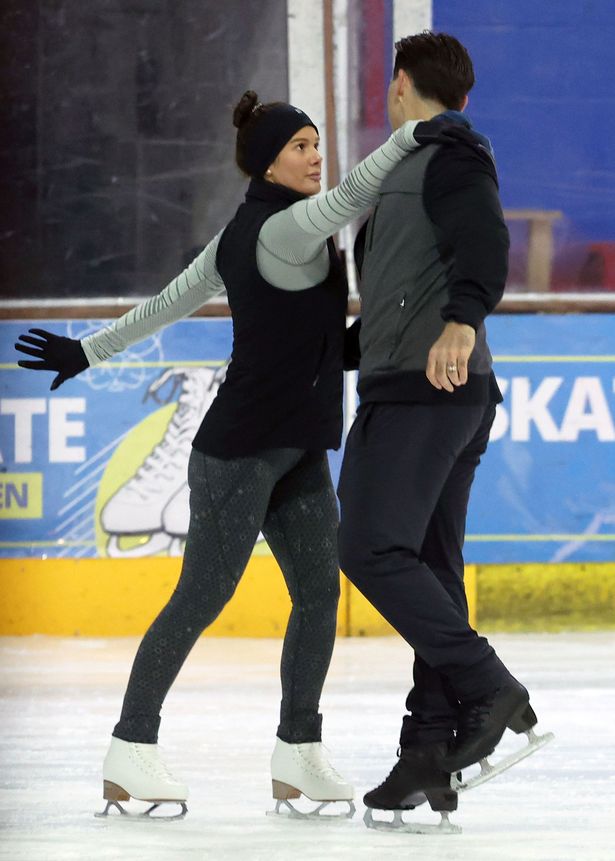 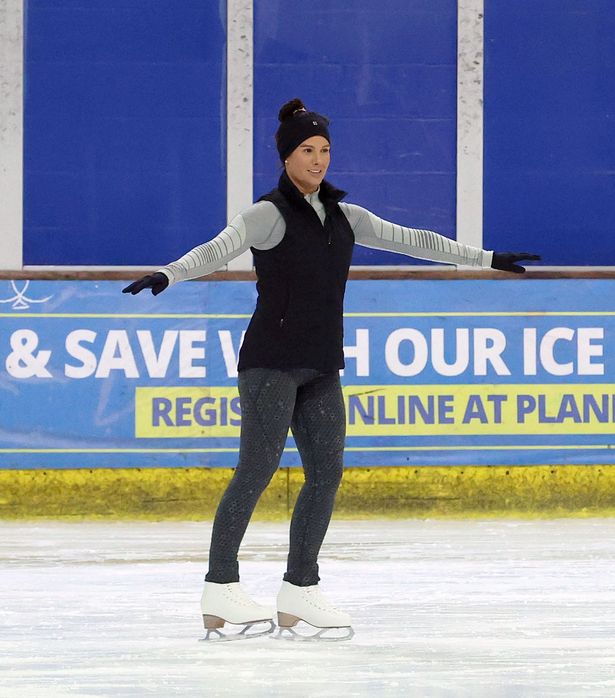 He’s performed in productions such as Cirque du Soleil, Holiday On Ice and Disney on Ice, and he’s married to fellow skater Robin Johnstone.

They’ve been married for more than a decade and often perform together on the ice.

Rebekah is among the stars taking part in the next series of the ITV skating show, hosted by Holly Willoughby and Phillip Schofield. 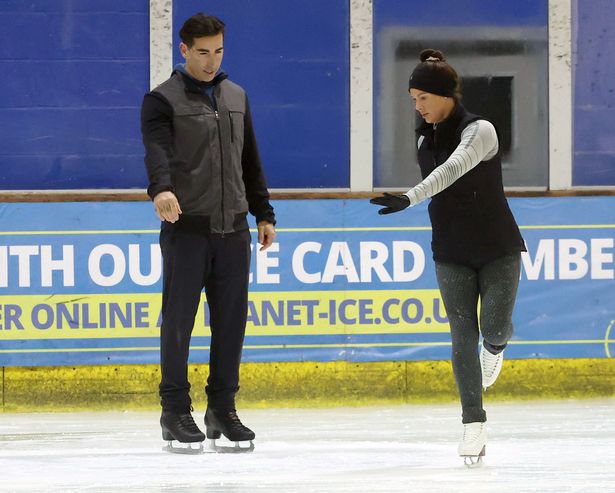 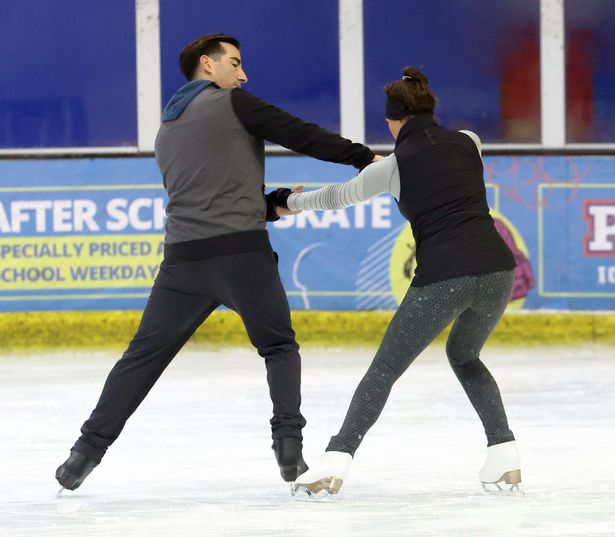 Filming kicks off in January so the stars have just a few short months to get themselves ready.