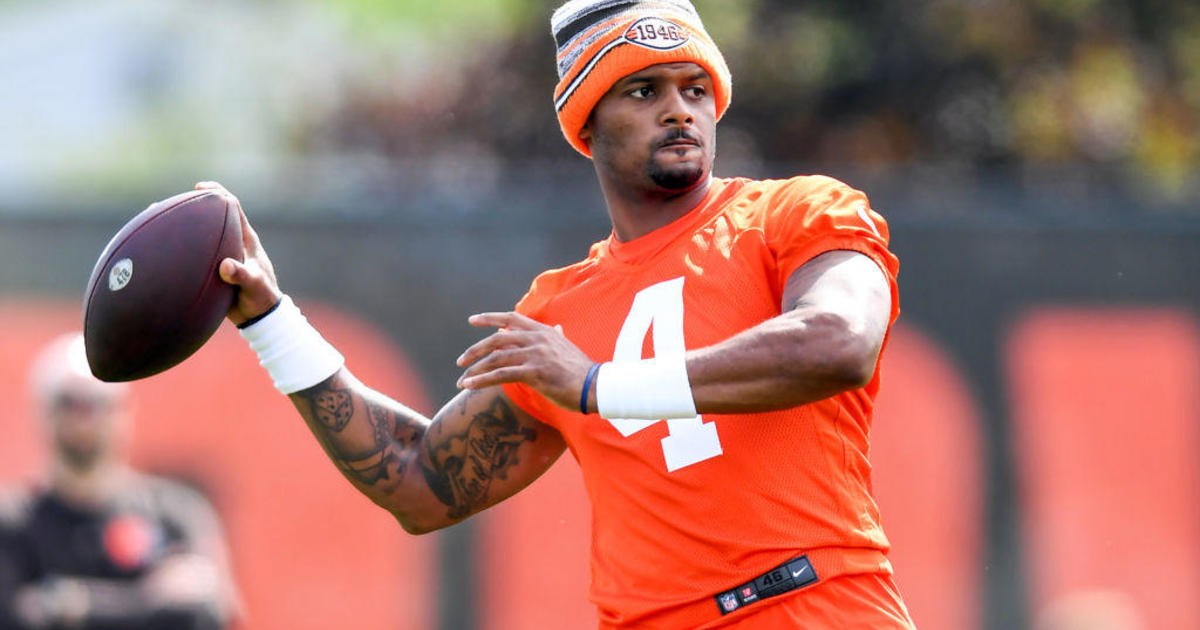 Cleveland Browns quarterback Deshaun Watson has reached an agreement to settle 20 of the 24 civil lawsuits that have been filed by women who accused him of crimes including harassment and sexual assault, an attorney for the women said Tuesday.

“Today I announce that all cases against Deshaun Watson, with the exception of four, have settled. We are working through the paperwork related to those settlements,” Houston attorney Tony Buzbee, who is representing all 24 women, said in a statement. “Once we have done so, those particular cases will be dismissed. The terms and amounts of the settlements are confidential. We won’t comment further on the settlements or those cases.”

Watson has been accused by massage therapists of harassing, assaulting or touching them during appointments when he was playing for the Houston Texans.

Deshaun Watson #4 of the Cleveland Browns throws a pass during Browns OTAs at CrossCountry Mortgage Campus on May 25, 2022 in Berea, Ohio.

The first 22 lawsuits were filed in March and April 2021, with the latest two being filed since HBO’s “Real Sports with Bryant Gumbel” aired an interview last month with two of the women who detailed their alleged encounters with Watson.

Rusty Hardin, Watson’s lead attorney, did not immediately return an email seeking comment. Last week, Watson said he intended to clear his name and sidestepped any questions about whether he would settle with any of the women.

“I never assaulted anyone,” Watson said in his first public comments since being introduced by the Browns in March. “I never harassed anyone or I never disrespected anyone. I never forced anyone to do anything.”

In March, two separate Texas grand juries declined to indict Watson on criminal complaints stemming from the allegations. But Watson could still be suspended if the NFL determines he violated the league’s personal conduct policy.

NFL spokesman Brian McCarthy said the settlements have “no impact on the collectively bargained disciplinary process.”

Cleveland signed Watson to a fully guaranteed, five-year, $230 million contract in March, convincing the three-time Pro Bowler to waive his no-trade clause and join a team with a solid roster.

Buzbee said he plans on taking the four lawsuits that weren’t settled to trial.