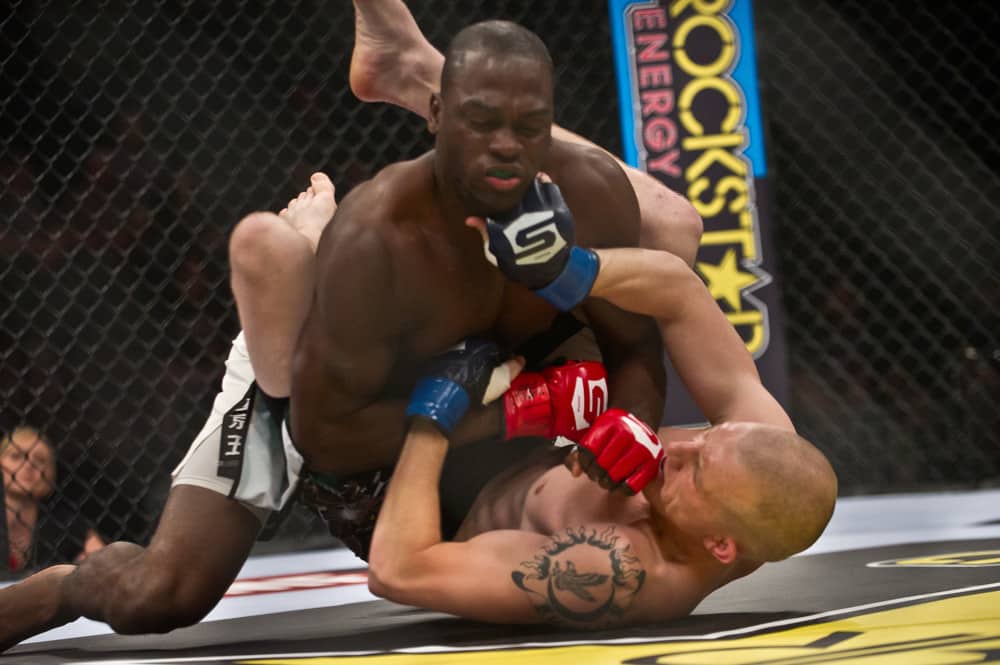 Derek Brunson Upsets Edmen Shahbazyan, Wins Via TKO in the Third Round

Derek Brunson defeated Edmen Shahbazyan in the main event of the UFC on ESPN+ 31, handing him the first career loss. It was a TKO stoppage in the 26th second of the third round.

This was one of the biggest upsets in the recent UFC history, with Brunson (21-6 MMA, 12-4 UFC) being a massive underdog before this middleweight bout. The 22-year old Shahbazyan (11-1 MMA, 4-1 UFC) was undefeated up until now, coming into this one with three straight stoppage wins in the first round, against Charles Byrd, Jack Marshman, and Brad Tavares.

However, it seems that Brunson happened to be too big of a challenge for him, because of his experience and physical shape.

The 36-year old veteran, was very dominant inside the ring, and that especially goes for the physical part of the bout. Shahbazyan lost his pace and strength early on, and when the third round started, it was just a matter of time before Brunson rolls over him.

It was very odd to see one of the biggest UFC prospects tired already in the second round, and that was when Brunson took over. The two would clash in the first sequence going full speed ahead, but after rejecting the first burst of the younger opponent, Brunson began taking the initiative.

The second round saw him hunting Shahbazyan, whose breathing in the late part of the same was heavy. Brunson saw that and went for a takedown after which he landed two strong elbows, damaging the rival’s head.

The third period saw the same situation, only this time when Shahbazyan went to the canvas, there was no way up for him. The judge in the ring, Herb Dean, had to step in and save the youngster from suffering more beating.

Burnson now has three straight wins. Previous two against Ian Heinisch and Elias Theodorou were after unanimous decisions. It is interesting that all of his UFC losses came against the guys who were or became champions at one point. The most recent from 2018 were against Israel Adesanya and Ronaldo Jacare Souza, and prior those, against Anderson Silva and Robert Whittaker.

On the other side, Shahbazyan will have to work harder to become the fighter everyone expects him to. It is obvious that he isn’t ready for the big boys in the middleweight division, and that he still needs to work on his physical abilities.

Alchemist Adventure Is An Awesome Adventure Headed To Xbox One, PlayStation 4, Nintendo Switch and PC Later This Year »