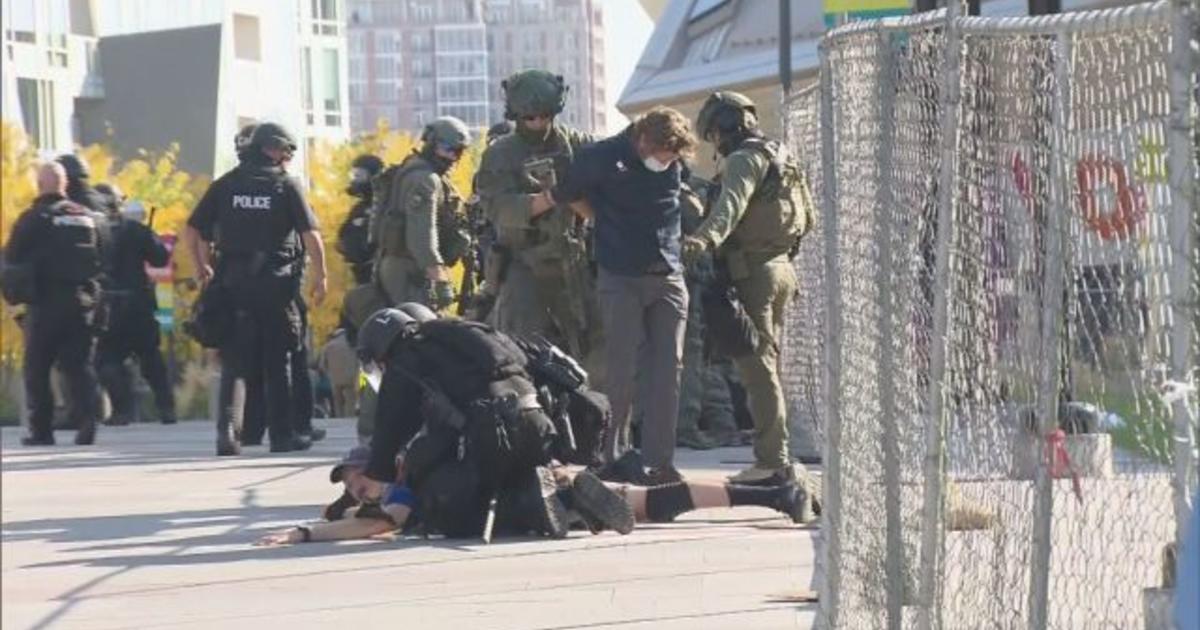 The suspect in Saturday’s fatal shooting in Denver, Colorado, is not a licensed security guard, CBS Denver reports. Security guards are required to have a license in order to operate in the city of Denver.

Matthew Dolloff, 30, was taken into custody Saturday after allegedly shooting and killing a man in the midst of dueling rallies between left- and right-wing protesters. Local NBC News affiliate KUSA-TV said the person taken into custody for the shooting was a private security guard hired by the station.

“There is no record for an active licensed security guard now or ever for an individual named Matthew Doloff or Dolloff. If he was operating as a security guard, he was in violation of the law,” The Denver Department of Excise and Licenses told CBS Denver’s Andrea Flores.

“Security guards are prohibited from carrying or using a firearm without getting an armed firearm endorsement for their license,” the department added. “All security guards in Denver are required to get a federal background check before they receive their license.”

Security guards operating in Denver are also supposed to be in uniform, which Dolloff does not appear to be wearing in videos of the shooting posted to social media. The videos appear to show the victim spraying mace at Dolloff right before the shooting.

KUSA-TV said it hired Dolloff through the Pinkerton security firm, according to The Associated Press. AP also reports Dolloff’s name does not appear in the city’s database of licensed security guards. Pinkerton did not respond the AP’s request for comment.

Dolloff is currently being held on first degree murder charges without bail, CBS Denver reports. Police have not identified the man who was killed.

« Fauci pushes back on use of comments in Trump campaign ad