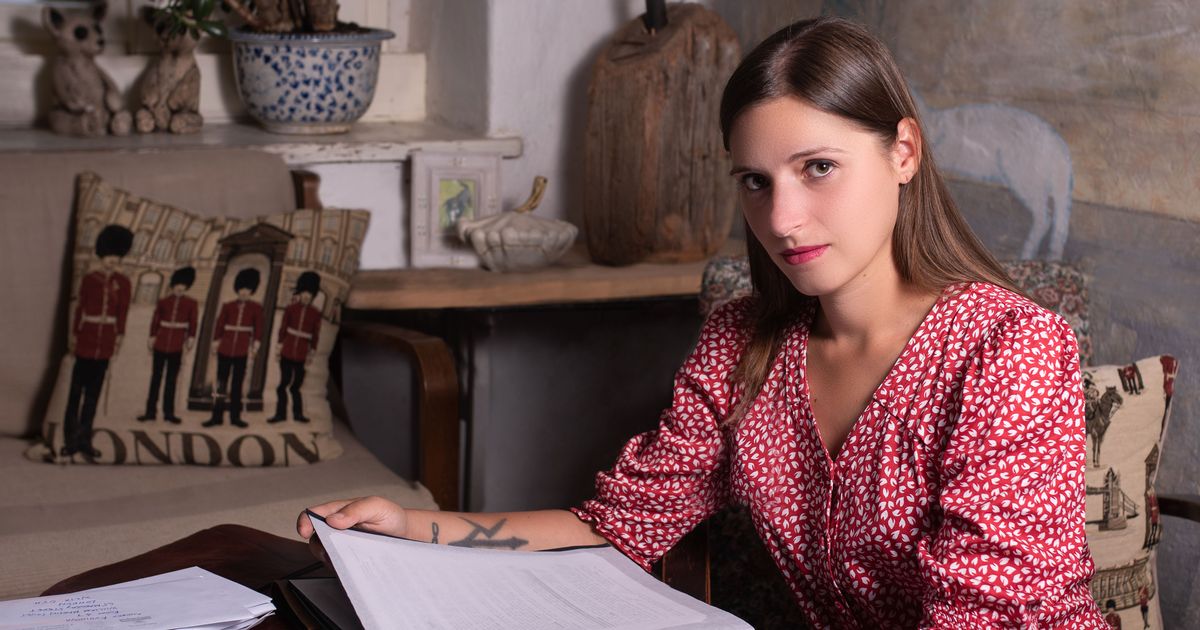 EXCLUSIVE: Actor David Tennant is set to play twisted serial killer Dennis Nilsen in ITV’s chilling new drama Des – which follows the story of the creepy criminal – as his close friend reflects on their relationship 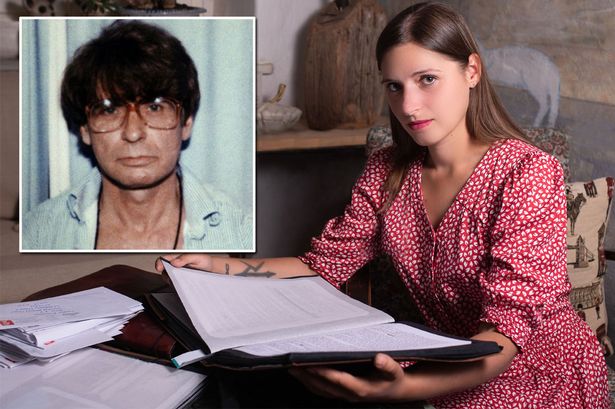 Clutching a pile of letters sent to her by the serial killer Dennis Nilsen, all neatly typewritten from his prison cell, Andrea Kubinova chillingly describes how she built a close relationship with a monster.

Their bond was so close that when Nilsen died in jail in 2018, aged 72, his next of kin gave Andrea some of his ashes, and his spectacles as a memento.

She says trailers for Monday night’s new ITV drama Des, starring David Tennant as Nilsen, have reminded her of the friendship they shared.

Andrea, 30, says: “When I saw the trailer, I thought David Tennant was creepily accurate as Dennis Nilsen with his looks and mannerisms. 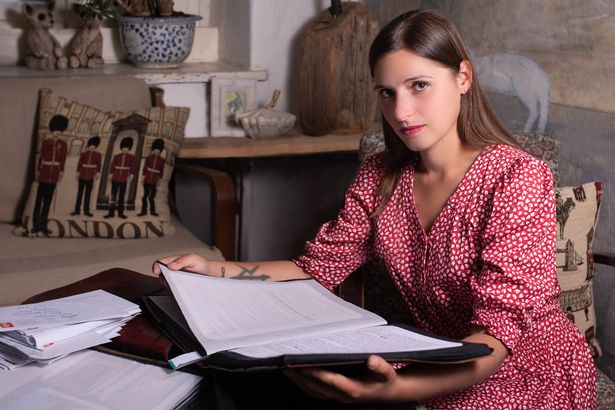 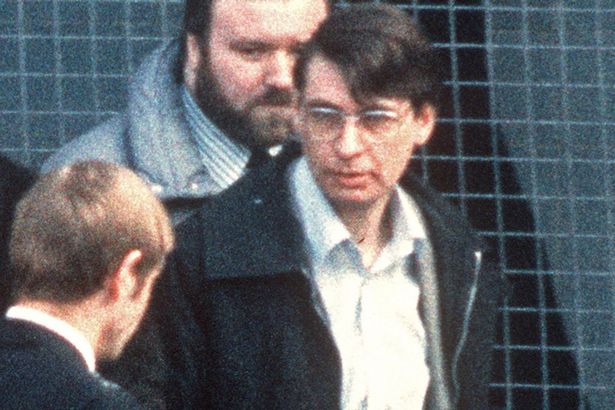 “If he was alive, I’m sure he’d have plenty to say to David about where he went wrong. But no TV series, book or person can demonise him more than he demonised himself.

“I won’t say he felt guilty. But he was well aware that what he did was terrible and unredeemable. He knew no one thought he was as low as he did himself.”

Scots-born Nilsen was dubbed the Muswell Hill Murderer for the killings in the North London suburb between 1978 and 1983. Most victims were homeless homosexuals he had lured to his flat.

He strangled and drowned them, and sometimes had sex with their bodies before posing them in his bed or on an armchair. He eventually dismembered them and either burned their remains or flushed them down the toilet.

When fellow tenants complained about the smell of blocked drains, police found human remains in the pipes, and Nilsen was arrested. 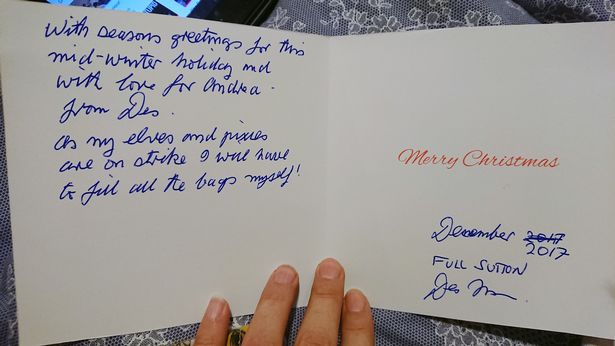 He was convicted of six murders and two attempted murders and sentenced to 25 years in 1983.

The sentence was increased to become a whole life tariff in 1994. Police believe he killed as many as 15 men.

Andrea, who works as a housekeeping supervisor at a hotel in London, first wrote to Nilsen in 2014 after reading a true crime book about him.

She says: “I was sickened by his crimes – it’s impossible not to feel that way. But I also found Dennis Nilsen’s story intriguing.

“I was interested in his motives, and one of the most common theories about his motive was loneliness. 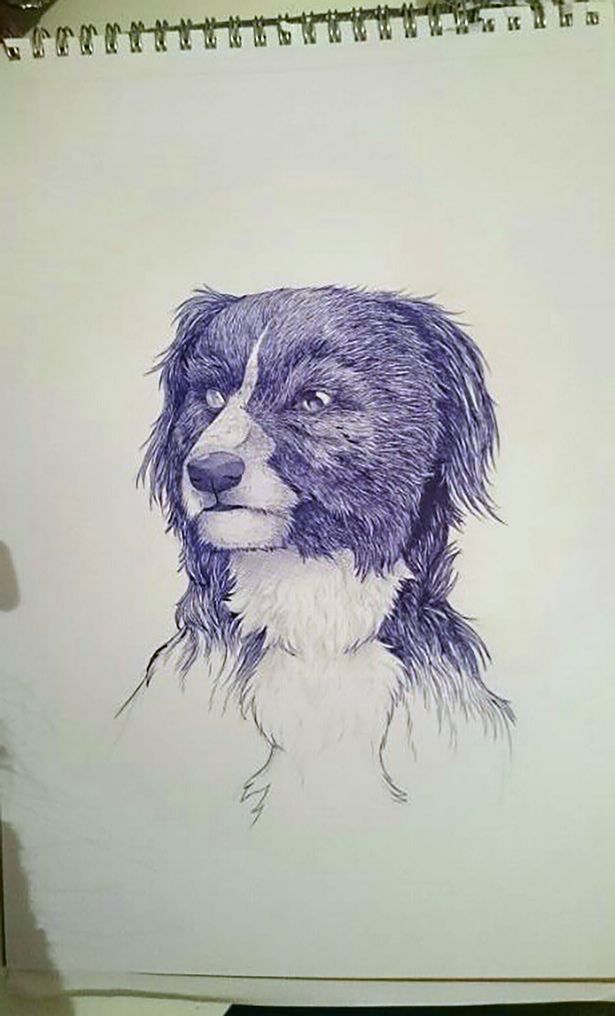 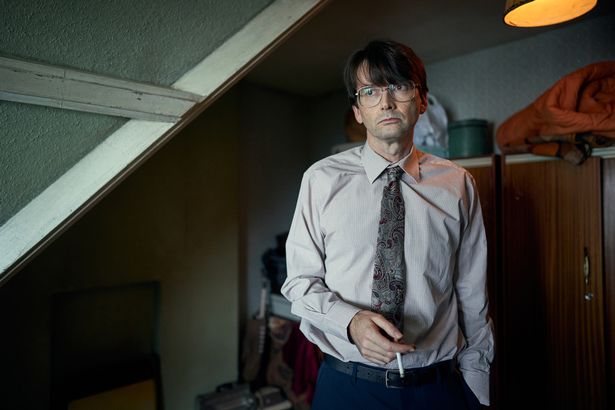 “I thought, how lonely does one have to feel to kill somebody and leave the corpse on the chair just so someone’s waiting for them when they get back home?

“I wrote to him, not expecting to hear back. Because I had nothing interesting to say, I drew a picture of his dog Bleep to try to get his attention.”

It worked, and Andrea received a reply three days later from HMP Full Sutton, a maximum security jail near York where Nilsen served his final years.

She says: “He complimented my drawing, said he was gay, an atheist, had no extreme political leaning and shared my love of animals. 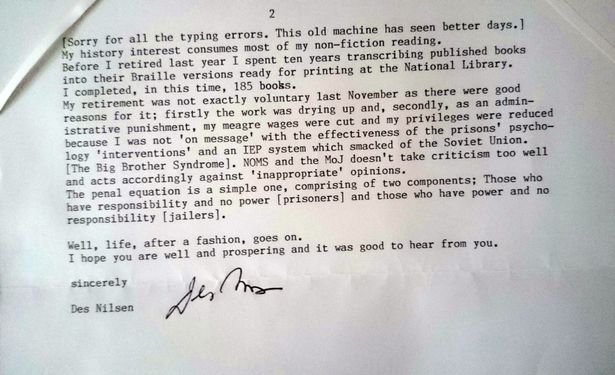 “I had just moved to the UK from Prague and didn’t know many people. So I wrote back. I opened up about my daily life, job and any problems or funny little things. His were much the same and he often gave me advice.

“All his letters were signed, ‘Des’.”

After a year of writing to each other twice a week, Andrea’s application to visit Nilsen was accepted in August 2015. She says: “I don’t know what I wanted to gain from Des, I just wanted to meet him. He had hardly any visitors and said his family had all disowned him. I had a unique opportunity to sit opposite him and didn’t want to miss it.”

But when they first met, Nilsen was angry. Andrea says: “I couldn’t afford the train from London to York so I took a seven-hour bus journey.

“I’d been nervous so I stopped off at a bar and downed a couple of shots to calm down before going to the prison. 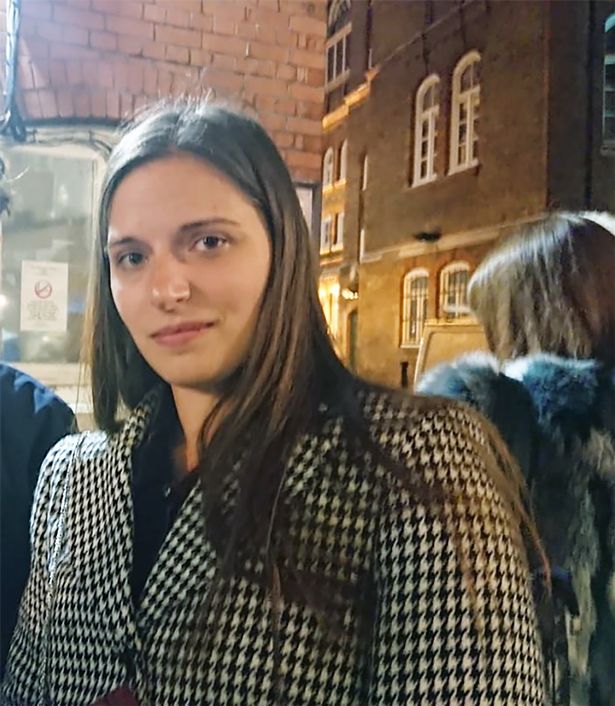 “I was an hour late, and hadn’t realised Des had been sitting in the visiting hall, with a guard at his side and unable to move, all that time. I could see he was annoyed. The first thing he said to me was, ‘Well, you’re late’.”

Andrea says Nilsen was almost unrecognisable from his 1983 mugshots. She says: “He still had lots of hair, but it was grey. He was very tall, with sloping shoulders and bad posture. There was a massive scar from his mouth to his ear from when he’d been attacked by a prisoner.

“His Scottish accent was so strong I had to really focus on what he was saying. When I stared straight into his eyes I felt something odd. I can’t put my finger on exactly why it felt so strange. When he stood up to shake my hand at the end of our meeting, I did think, ‘What have those hands done?’”

During the 80-minute visit, Andrea bought Nilsen a coffee and a bag of his favourite cheese and onion crisps. 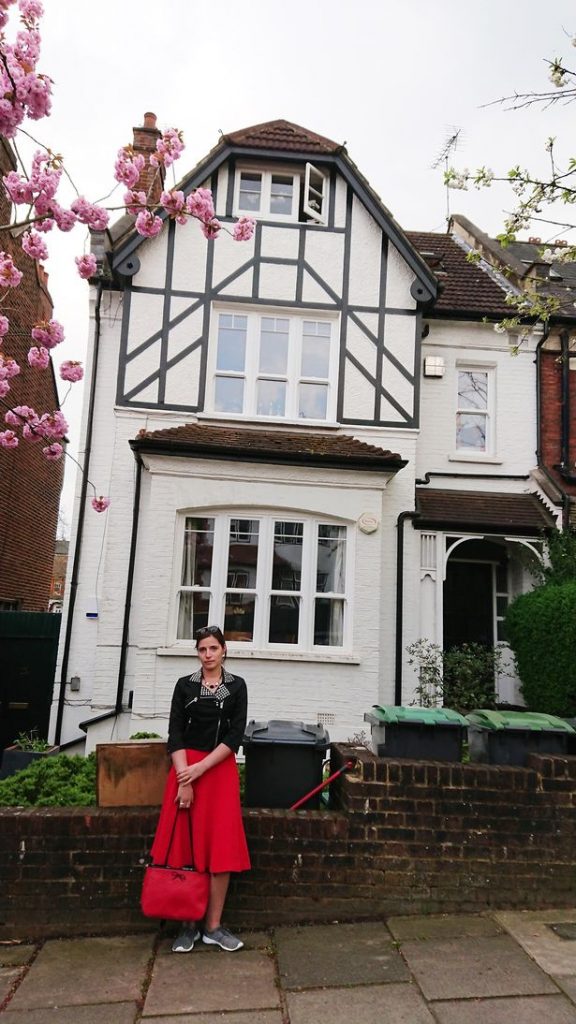 She says: “I know his victims’ families will be annoyed that I showed him any kindness after he committed such crimes. I don’t blame them.” While chatting about her ambition to be an actress, Andrea got an insight into his psyche. She says: “One moment stood out for me and made me think he was a control freak and loved power.

“He said, ‘You should avoid the TV and films and go for theatre.

“When you’re on stage, you have complete power over the crowd in front of you. If you look up, they’ll look up. They will follow you with their eyes and you can do whatever you want with them’. That was a bit odd. And, knowing who I was talking to, it was chilling.”

Nilsen hinted that he enjoyed his infamy, quoting Oscar Wilde. Nilsen wrote: “One of my favourite quotes from Oscar is: ‘There is only one thing worse than being talked about and that is NOT being talked about’.” 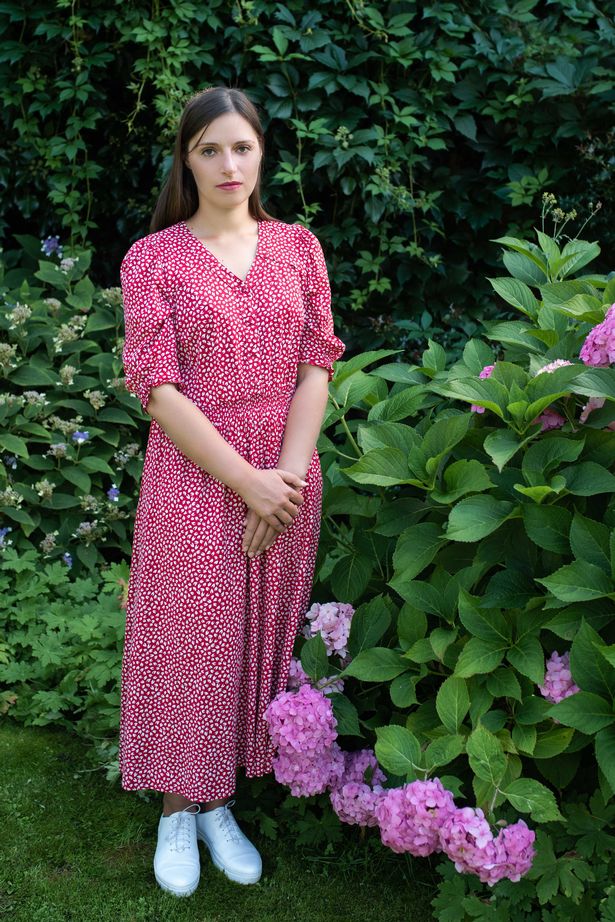 He wrote: “I swear by Daz. It costs too f***ing much”. He describes Dad’s Army as his “comfort zone TV”, and recommends Swedish film The Girl with the Dragon Tattoo.

In another letter, he says: “My favourite ‘luxury’ food here is a fried egg sandwich which is quick and cheap.” 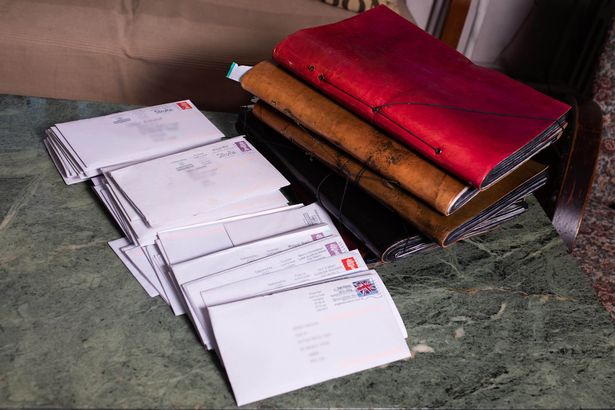 Andrea undertook a criminology degree and now intends to become a probation officer. She says: “In a way Des inspired that. I thought, if I can bond with Dennis Nilsen maybe I can bond with others?

“I don’t judge people on the worst things they have done in their lives and one day hope the letters will help me understand criminals and try to stop them hurting people.

“And I’m shocked myself to say it, but Des became a big part of my life.

“I thought of him as a friend.”