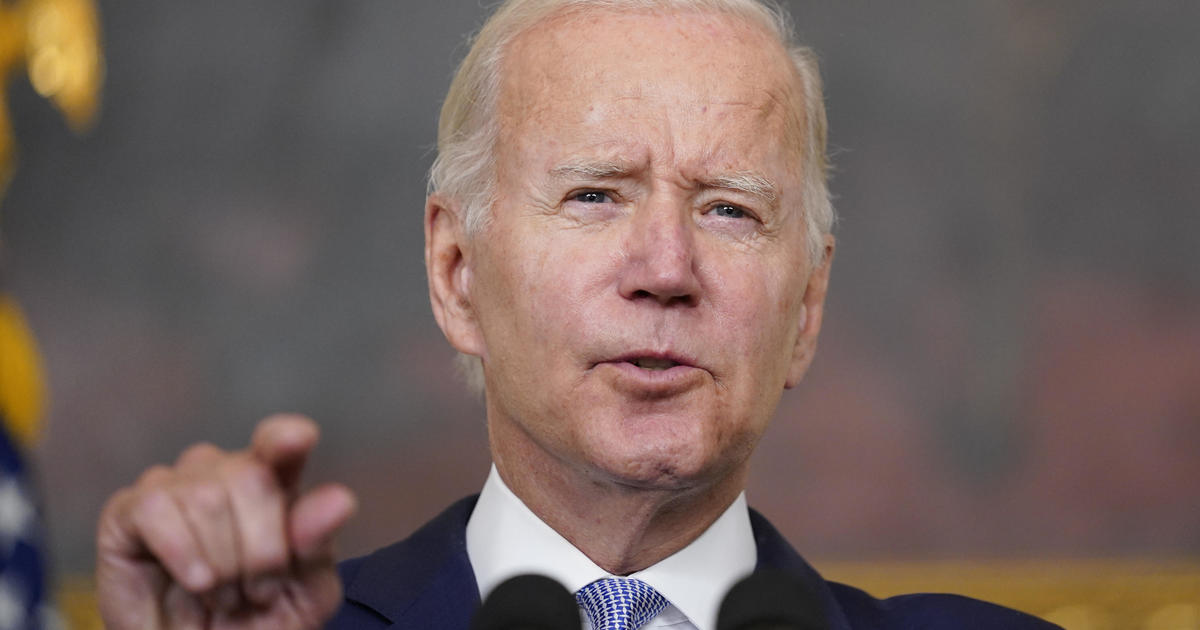 Democrats want to close tax break that benefits the rich

The “carried-interest” tax loophole is a provision that seems to be loved only by those who enjoy its benefits: Private-equity executives, hedge fund managers and others who manage money for a living. But Democrats are seeking to partially close that loophole as part of the Inflation Reduction Act, and in the process raise billions in new tax revenue.

The carried-interest tax provision allows wealthy fund managers to pay a much lower tax rate on much of their earnings than most Americans typically pay on their income. The loophole works by taxing carried interest — a payment that fund mangers receive as their cut of the profits from investing people’s money — as a long-term capital gain, which imposes a 20% tax rate on the highest earners.

That’s a huge benefit because earned income for America’s top earners is taxed at a 37% rate. For instance, take a private-equity manager who books a $10 million windfall from carried interest. Instead of paying $3.7 million to the IRS, she’ll pay $2 million — pocketing an extra $1.7 million that otherwise would have been taxed.

Because of its lenient treatment of investment management income, the carried-interest loophole has been a frequent target of Democrats and of advocates for progressive taxation. Critics include celebrated investor Warren Buffett, who has pointed out that the loophole allows the “mega rich” to pay a lower tax rate than middle-class Americans.

Yet while Democrats are now trying to at least partially close that loophole, experts point out that the Inflation Reduction Act’s provisions may be easily sidestepped by private-equity managers and others.

“Previously, there had to be a minimum period of time to hold onto an investment to qualify for the lower capital gains treatment,” said Andrew Park, senior policy analyst at the non-partisan Americans for Financial Reform. “It was 3 years, and this bill extends it to 5 years.”

The average length of a private-equity fund’s holding period is already 5.4 years, and fund managers are likely to “think of ways to lengthen the duration of their funds greater than five years to try and get around this new proposal,” Park said.

The private-equity industry is pushing back against the proposal, with the trade group American Investment Council warning that buyout firms “will be seriously limited in their ability to invest” in small businesses if they face a “massive tax increase.”

The carried interest loophole is a stain on the tax code. It does not help small businesses, pension funds, other investors in hedge funds or private equity and everyone in the industry knows it. It is an embarrassment and it should end now. https://t.co/HCmODFjDvu

Not every wealthy money manager is against the Democrat’s plan, with billionaire hedge fund manager Bill Ackman calling the tax break for carried interest a “stain on the tax code” that should “end now.”

But even the partial closure is at risk, with Senator Kyrsten Sinema, a Democrat from Arizona, asking that the measure be dropped from the Inflation Reduction Act, according to Bloomberg News. Democrats need her vote to pass the bill without Republican support.

How much does the loophole benefit the rich?

Private-equity managers and others who gain from the carried-interest tax loophole benefit to the tune of up to $18 billion annually, according to Americans for Financial Reform. Between 2018 and 2020, the top five private-equity firms alone received $15 billion in carried interest income, which allowed them to significantly pare their tax bills, the group’s analysis found.

“it’s a loophole that allows private-equity executives to save money rather than providing any sort of benefit to the economy,” Park said.

The American Investment Council argues that handicapping their executives’ earnings will hinder their ability to buy companies and improve their performance.

But critics note that private-equity firms often hurt workers through layoffs and wage reductions. One University of Chicago research paper found that employment at businesses bought by PE firms shrinks by 4.4%. Buyout firms often saddle acquired companies with debt, such as Toys R Us, which collapsed after a $6.6 billion private-equity buyout left it swimming in debt that hobbled its ability to compete with rivals.

The tax loophole also results in the IRS losing out on billions of potential revenue, critics say. By partially closing the loophole, the Democrats believe the will raise $14 billion — or about 2% of the bill’s overall revenue projection of $739 billion. The biggest revenue generator is expected to be the proposed 15% corporate minimum tax rate, which would raise more than $300 billion.

The University of Pennsylvania’s Penn Wharton Budget Model predicts it will raise $13.1 billion over a decade, slightly lower than the Democrat’s projection.

A better option, wrote University of California tax professor Victor Fleischer on Twitter, would be to extend the investment holding period for 10 years instead of the 5 years proposed by the Inflation Reduction Act.

“The Schumer-Manchin deal on carried interest isn’t great. All it does is extend the holding period from 3 to 5 years, same as the House-passed BBB,” Fleischer wrote, referring to the Build Back Better Act. “Most private equity deals are 5-7 years, so most carried interest will continue to be taxed as long term capital gain.”