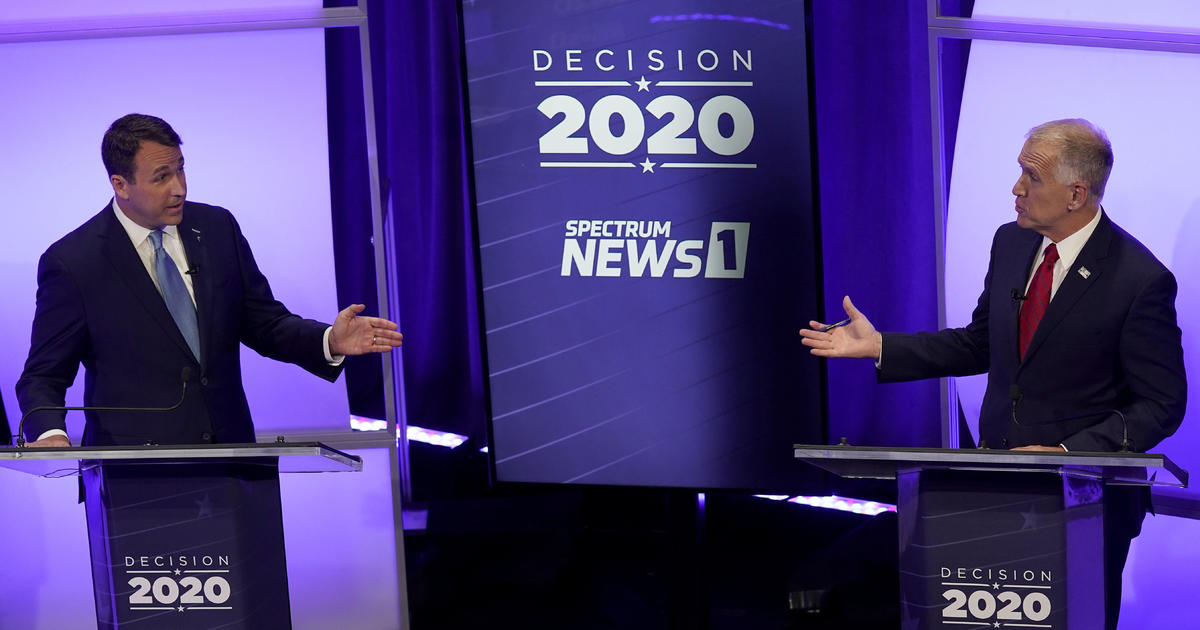 Democrat Cal Cunningham conceded in the North Carolina Senate race on Tuesday, saying in a statement that he had called Republican incumbent Senator Thom Tillis to congratulate him on his victory.

“I just called Senator Tillis to congratulate him on winning re-election to a second term in the U.S. Senate and wished him and his family the best in their continued service in the months and years ahead,” Cunningham said. “The voters have spoken and I respect their decision.”

CBS News that Tillis has won the race, after Cunningham’s concession. Tillis led Cunningham by nearly 100,000 votes as of Tuesday. The presidential race in North Carolina is still too close to call, although President Trump is currently in the lead. The full results of the election in North Carolina are unlikely to be known until later this week, as the deadline in the state to receive absentee ballots postmarked by Election Day is November 12.

Tillis said in a statement that he wished “nothing but the best” to Cunningham and his family.

“Earlier this afternoon, Cal Cunningham called me to offer his concession. This was a hard-fought campaign and I wish nothing but the best to Cal and his family going forward,” Tillis said. “I am incredibly humbled by the chance to serve the people of North Carolina in the United States Senate for six more years and I pledge to continue keeping my promises and delivering results.”

Although Cunningham and Tillis appeared to be neck-and-neck in polls leading up to the election, Cunningham’s campaign was embroiled in scandal amid revelations of an extramarital affair. Tillis’ campaign also had an October surprise, as the senator contracted coronavirus early in the month.

In his statement, Cunningham said “the end of this campaign does not mark the end of our need to improve access to health care, strengthen education, heal racial wounds, and create better jobs.”

“Though this isn’t the electoral outcome we worked for, I’ll always be grateful to be a North Carolinian, and I’ll always believe that our country’s best days are ahead,” Cunningham said.

Cunningham’s concession means that the balance of the Senate is now 49 Republicans to 48 Democrats. There are two Georgia Senate races which have advanced to runoff elections in January, and will determine which party holds the majority. CBS News has not projected a winner in the Alaska Senate race, but it leans Republican, with incumbent Senator Dan Sullivan holding a 57,540 vote lead.

« Illinois is seeing worst surge of COVID since pandemic started