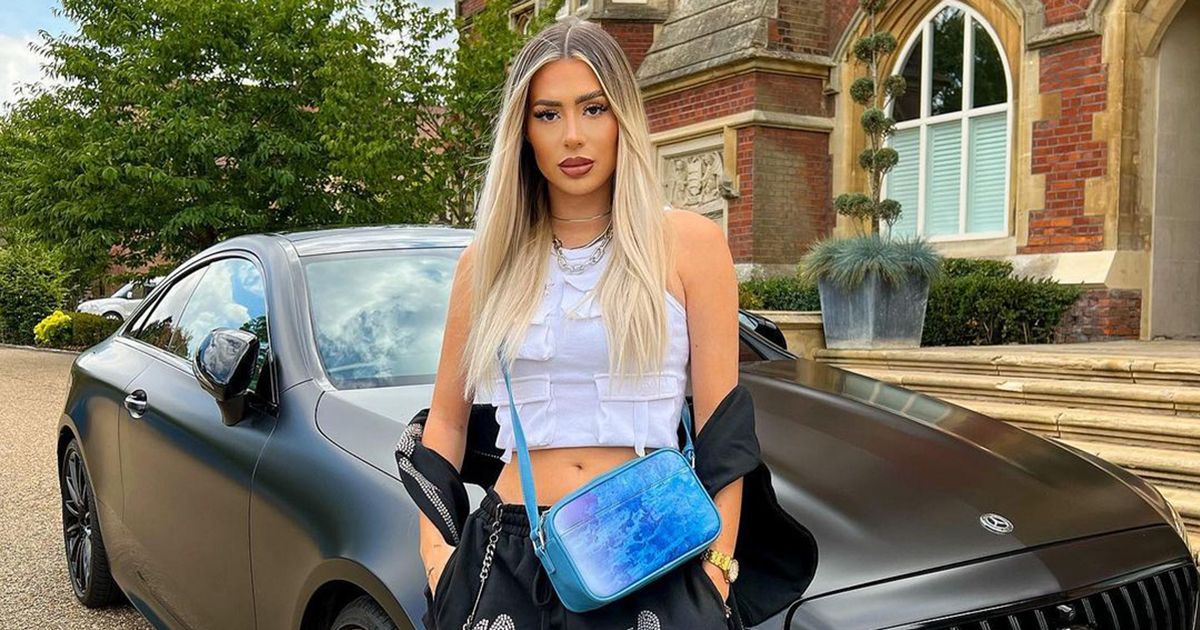 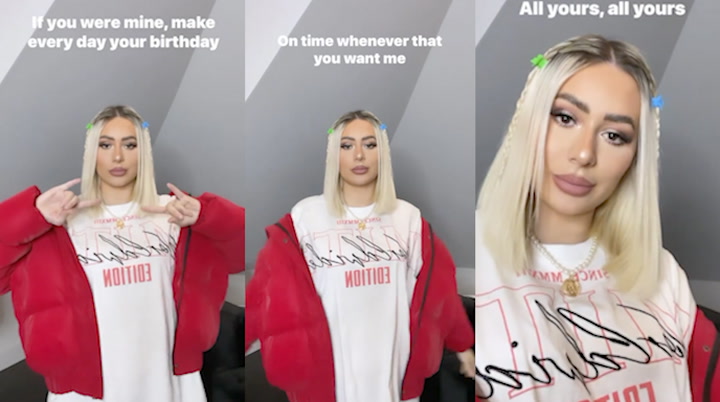 Demi Sims has officially completed the Keeping Up With The Kardashians starter pack with a stunning matte-black Mercedes.

With a family reality TV show already under her belt, it only made sense that Demi’s next purchase would be a modified luxury motor.

Notably similar to The Kardashians family cars, the former TOWIE star unveiled her new matte-black beast to her 500,000 followers on Instagram.

“Big shoutout to @ajsatelier for wrapping my car,” she said alongside a picture of her posing next to the car worth upwards of £40,000.

She praised the car customisation company for picking up the vehicle, as well as transforming it and dropping the new ride off at her home.

Demi is channelling The Kardashians with a matte-black Mercedes

“Amazing service and really quick too,” she added. “Also just wanted to say a massive thankyou too @supply.drive for sourcing me my new car, amazing service too.”

In 2012, Kim and Kanye even had ‘his and hers’ matching matte-black cars with Kim opting for a more subtle Mercedes and Kanye driving a Lamborghini.

It is no secret that Demi and her family get inspiration from The Kardashians.

The line-up of cars owned by The Kardashian family

Only recently her sister Chloe opened up about being compared to the famous US sisters after announcing their new TV show.

It followed their shock exit from The Only Way is Essex and, in a reported £1 million contract, the show is set to launch imminently.

With a working title of ‘House of Sims’, insiders say the new production could turn the sisters into Kim, Kourtney and Khloe as they attempt to take the US by storm.

Chloe said that the show is a “different concept” and in no way resembles The Only Way is Essex.

Kim and Kanye’s matte-black Lamborghini in 2013

“We’re proud to be The Sims, but being compared to The Kardashians all the time is a big compliment to us as a family.

“We want to see where this new show can take us, and plan to go global,” she told Closer.

As part of the contract Chloe, 40, and her two sisters, Frankie, 27 and Demi, 25, will create OnlyFans accounts – posting Instagram –style content only with no explicit pictures.

Publicity shots, resembling that of Keeping Up With The Kardashians marketing, have already been released and show the family decked out in leather outfits.