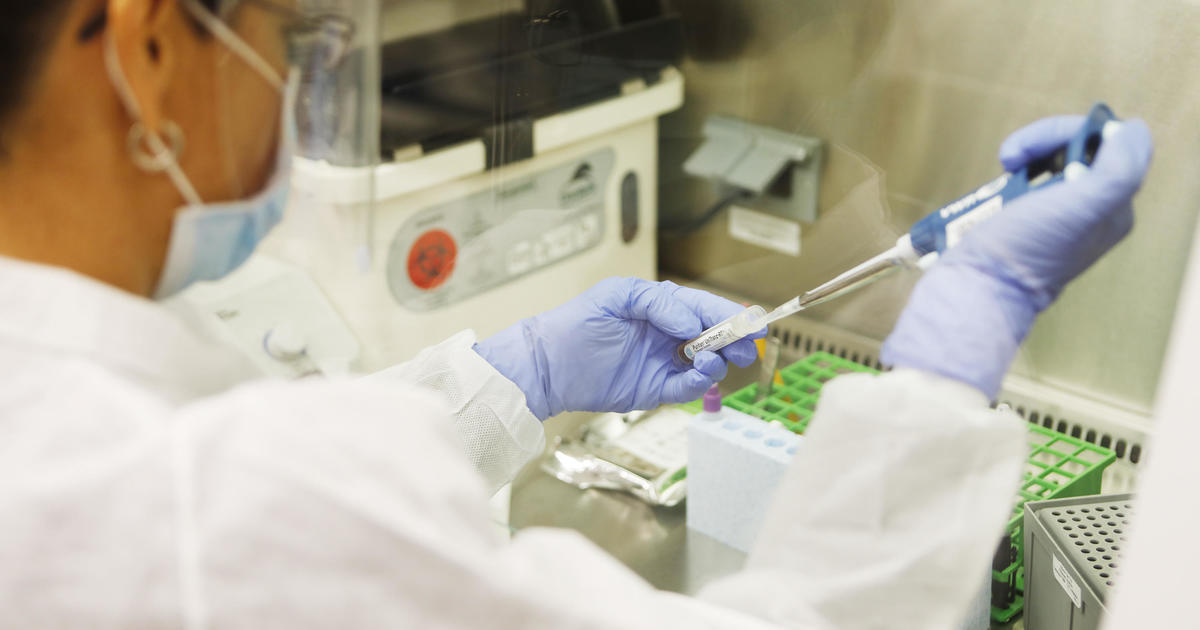 Demand for COVID tests pushed labs to their limit. Will they be ready for fall?

This summer, skyrocketing cases of COVID-19 nationwide pushed testing labs into overdrive, and people in many states had to wait days — in some cases even weeks — to receive results.

Speedy testing is key because the longer it takes to receive a test result, the longer someone may unknowingly spread the virus. A study published in The Lancet found testing and contact tracing without delay could reduce up to 80% of ongoing transmissions, but a three-day delay in test results cuts that success rate by at least half.

In the last week of July, just 56% of tests were completed within three days, according to government data provided by the Department of Health and Human Services. For all of July, only 45% of tests were completed in that timeframe. On July 27, Quest Diagnostics, one of the largest commercial labs in the country, reported one-week turnaround times for anybody who wasn’t a hospital patient or health care worker with symptoms, although these have improved in the last two weeks as the number of new cases subsided in many states. On August 10, Quest said it was now averaging a two- to three-day turnaround.

The reason for the delays is that labs across the country have dealt with shortages in virtually all the vital supplies they depend on: trained staff, high-volume machines to run tests, the pipette tips that hold the samples, and the chemicals needed to trigger a reaction for the tests to even work.

A scientist runs a clinical test in the immunology lab at UW Medicine looking for antibodies against SARS-CoV-2, the virus that causes COVID-19, on April 17, 2020 in Seattle, Washington.

The team is renting an additional 14,000 square feet beneath their current office and lab, more than doubling their space. But they are still running fewer tests than they could be because of a shortage in the supplies and chemicals they need. And they are not alone. One of the only ways that labs can navigate the current supply chain is by buying equipment from different manufacturers so that a delayed shipment from one company doesn’t risk the output of the whole lab.

“You can’t stockpile, there’s no way to stockpile,” Professor Alex Greninger, assistant director of the university’s lab, told CBS News. “In about two or three weeks, we’ll have seven different platforms for seven different supply chains. That’s the only way we can handle this.”

The strain on the supply chain and the resulting backlogs have those at the forefront of America’s testing marathon worried about the looming flu season. Dr. Bobbi Pritt, chairwoman of the division of clinical microbiology at the Mayo Clinic, says if it’s a bad flu season, testing volume could double or even triple. This would exacerbate every existing issue that labs are already experiencing.

In an effort to alleviate the pressure, the National Institutes of Health recently announced a nearly $250 million investment in new tests, as a part of its goal to build the country’s testing capacity up to six million tests a day.

Dr. Omari Garner, head of clinical microbiology at UCLA, is vying for some of the NIH funds and is optimistic because they’re developing tests that are different from the molecular diagnostics that currently dominate his lab.

“We need novel test creation and so I’m excited that the NIH was willing to put money forward to encourage academic centers to be able to put research into this so that we can have some new tests,” he told CBS News. He added there’s a short window of time to get these developed before the flu season hits.

Cars are seen in line as the drivers wait to be tested for COVID-19 at the coronavirus test site at the Miami Beach Convention Center on July 13, 2020 in Florida.

More than $70 million of NIH’s investment is going to a company called Quidel to fund its antigen test. Antigen tests can provide a much quicker result than PCR tests, often right on the spot. That’s an appealing advantage over the molecular tests that need to be sent to labs for processing.

But while the results are quick, antigen tests sacrifice sensitivity for speed — according to the FDA, they are more likely to provide inaccurate results, primarily more false negatives. (An antigen test error was recently in the spotlight after Ohio Governor Mike DeWine received a false positive result from one, before ultimately testing negative twice.)

Generally speaking, antigen tests run the highest risk of inaccuracies if used on people who aren’t showing symptoms, said Garner. They’re more effective at detecting the virus in people who are experiencing symptoms, who likely have higher levels of virus in their system.

“We have to fit the tests in where they’re most appropriate and for antigen testing, where it’s probably not appropriate is asymptomatic testing,” said Garner. “Because it’s just not sensitive enough.”

Other potential innovations include tests like the one being developed by Cepheid that would test for both COVID-19 and various strains of flu.

Additionally, former FDA Commissioner Scott Gottlieb told CBS News’ “Face the Nation” that saliva testing may be coming onto the market soon that could offer a low-cost, quick testing option that could be scaled up. Researchers for one provider of these tests, SalivaDirect, say its benefits are that there’s less labor involved before testing, and it can work with the chemical reagents from a variety of manufacturers.

While news of the NIH grants was welcomed by laboratories, the broader federal response has been met with criticism by epidemiologists and public health experts who say the U.S. should have been implementing a national testing strategy to maximize buying power and to coordinate the distribution of supplies.

At the end of May, HHS submitted a report to Congress titled “COVID-19 Strategic Testing Plan” that stated as a goal to be able to test between 40-50 million people per month by September, including both PCR tests and antigen tests. But testing has been decreasing. According to the COVID Tracking Project, on August 4, the U.S. reported fewer than 700,000 new tests for the first time since the middle of July and is on pace to run about 21 million tests this month. (Antigen tests are not included in some states’ counts.)

HHS did not respond to a request for comment on the reduction in daily tests.

The report also indicated HHS would be working with states to deliver nearly 13 million swabs and 9.8 million tubes to transport patients’ specimens.

In a July 9 letter to Vice President Mike Pence and other members of the White House coronavirus task force, organizations that represent the nation’s smaller and more independent labs outlined “obstacles” they continued to face, including receiving faulty swabs from the Strategic National Stockpile. They added that many labs weren’t able to contact, or even identify, the individuals the federal government has assigned in each state to oversee the distribution of federally allocated supplies.

Mark Birenbaum, administrator for the National Independent Lab Association and one of the authors of the letter, told CBS News that while he received a response with points of contact, many member labs in a number of states continue to have difficulty getting supplies.

A medical technologist processes test samples for the coronavirus at the AdventHealth Tampa labs on June 25, 2020 in Tampa, Florida.

The report also says that each state is responsible for purchasing its own tests, specifying that they were expected to use the more than $10 billion allocated by the CDC to do so. Most recently, seven states banded together to buy tests: Louisiana, Maryland, Massachusetts, Michigan, North Carolina, Ohio, and Virginia. They’ll be buying 500,000 rapid tests each from two manufacturers of antigen tests, including Quidel.

Regardless of what new technologies may be rolled out in the coming months, officials spearheading America’s testing efforts underscored that we can’t eradicate COVID-19 with testing alone. They echoed the same message public health officials have been trying to drive home for months: Wear a mask, social distance and wash your hands.

“If everyone would be diligent about all of these protective measures, then our numbers would go down and that would alleviate tremendously the burden on our laboratories and of course our hospitals and patients,” said Pritt.

Read More: Demand for COVID tests pushed labs to their limit. Will they be ready for fall?

« Italy's "wine windows" are reopening amid the pandemic