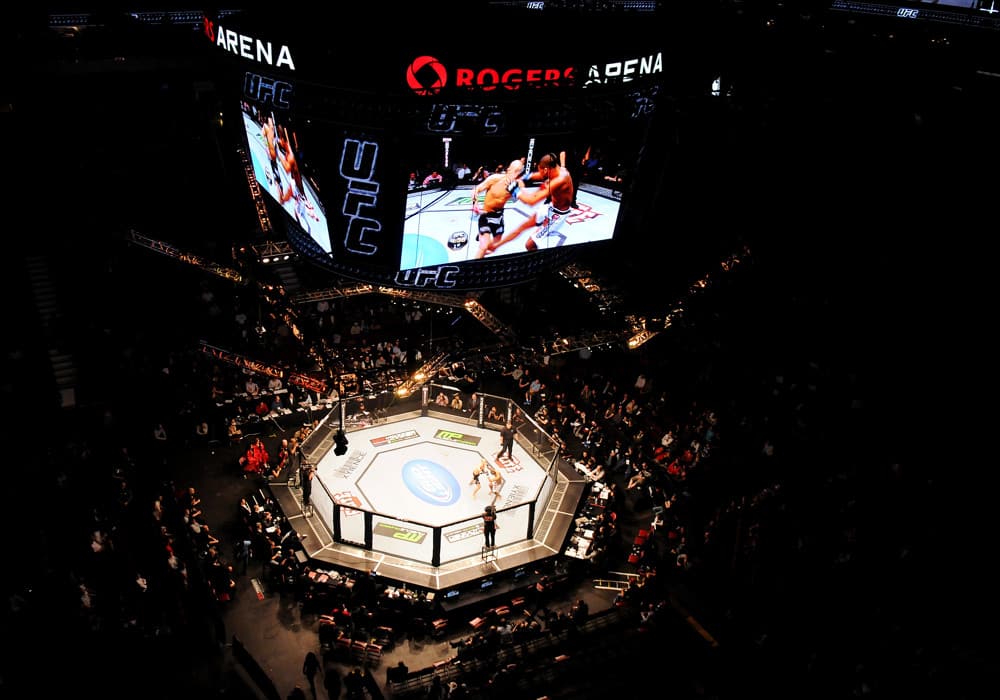 Deiveson Figueiredo sliced Joseph Benavidez to win the UFC flyweight title last night. The Brazilian would submit his rival with 12 seconds to go in round one.

The fans all around the world, who had the opportunity to watch this match saw one-sided domination of Figueiredo (19-1 MMA, 8-1 UFC). He would show all of his power right away, making Benavidez (28-7 MMA, 15-5 UFC) suffer from the opening moment of the bout.

The 32-year old Brazilian dropped his rival right away with a strong right hand, and started to pound him with an elbow, before trying to set up a guillotine choke. Benavidez would avoid that trap, and stand up on his feet, but that was just a short relief for the four-time challenger.

After that, he went down two more times before eventually tapping out after Figueiredo caught him with a rear-naked choke. That would crush the American’s dreams of finally reaching the title. He would lose to Demetrious Johnson twice before, and not have the same destiny against Figueiredo.

Just to remind you that the first clash ended with a TKO after Figueiredo landed a series of vicious punches on the helpless Benavidez. During that meeting, Benavidez looked much better than lat night, and he even put his rival in some nasty situations. However, in this fight, he was nowhere near that level.

What makes Figueiredo’s win even greater, is the fact that he had a lot of problems shortly before the fight. He was tested positive for COVID-19 jut before his trip to Abu Dhabi, but then his second test came back clear. He missed the original date of the flight to Yas Island, and then had to go through the quarantine process, being forced to change his plans, which considered the final preparations for the fight.

Deiveson Figueiredo is the new UFC flyweight champion. No doubt, no controversy this time. A sublime performance by the Brazilian.

Some fighters would lose their focus but not Figueiredo who is a worthy successor of Henry Cejudo. Many were doubting in his qualities, especially after losing to Jussier Formiga in March 2019. Still, Figueiredo quickly shut down all the critics with four straight wins, two of them against one of the all-time best Benavidez.

The Brazilian also won the Performance of the Night bonus along with the belt.

« Safaree Shares A Motivational Message For His Followers

Nick Jonas Raves About His ‘Wonderful’ Wife Actress Priyanka Chopra On Her Birthday And Fans Can’t Get Over His Sweet Words! »