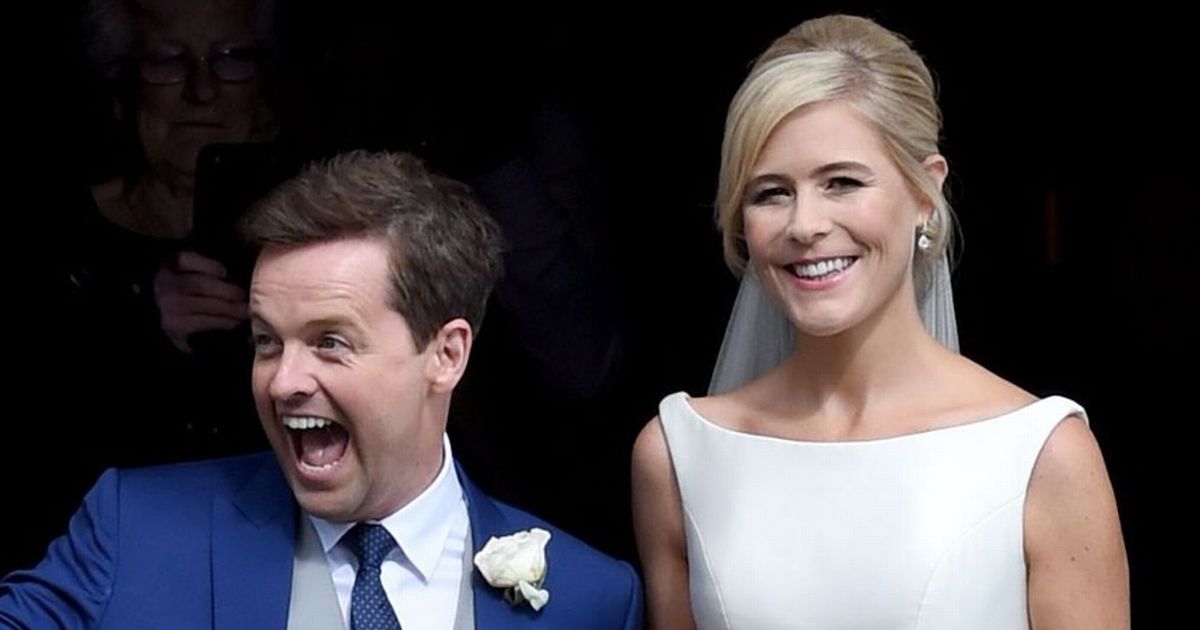 Declan Donnelly’s wife Ali ‘loved him for a long time’, and he clearly adores her too 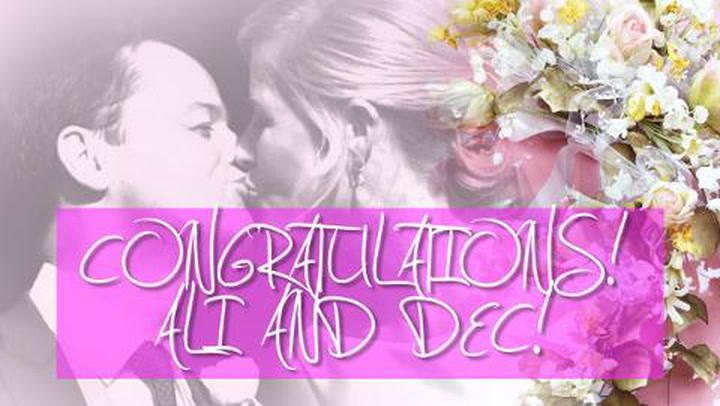 Declan Donnelly and Ali Astall wedding: Highlights from the day

It’s been a tumultuous few months for Declan Donnelly, who lost his beloved big brother in tragic circumstances before welcoming a second child just weeks later.

Little Jack Anthony Alphonsus arrived in secret on July 23, with Dec sharing a picture of the tot’s tiny hand the next day.

The name pays tribute to Dec’s best friend and TV sidekick Ant McPartlin, as well as to his Northern Irish father, Alphonsus Donnelly, who died from cancer in 2011.

And Dec hailed the tot a “very welcome ray of light”, following the tragic death of his big brother, Father Dermott Donnelly, 55, from a suspected bleed on the brain just three weeks earlier.

The couple said ‘I do’ in a gorgeous ceremony in St Michael’s church, Newcastle, on August 1, 2015.

But theirs was a long road to love, with almost 11 years passing between Ali joining James Grant Management as Dec’s manager and them finally getting together.

The pair immediately hit it off professionally in 2003 when Ali accompanied him and Ant McParlin to Australia for the first ever I’m A Celebrity.

They’re rumoured to have briefly taken things to the next level following his split from childhood sweetheart Clare Buckfield that same year.

Dec announced the arrival of his son on Instagram

Dec was once in a relationship with actress Clare Buckfield

Ali – who lived just 200 metres down the road from Dec’s Chiswick home – was even spotted joining Dec, Ant and his then wife Lisa Armstrong on holiday.

However, at that time it seems their budding romance wasn’t to be, although they remained firm friends and colleagues.

“On the holiday, their attraction really heated up and they had a great time together,” a source previously told the Sunday People.

“Dec and Ali gave it a go but it didn’t really work out. They remained close friends and Ali continued to be his manager.”

Dec was later linked to TV host Sarah Cawood, actress Kate Braithwaite and Sky Sports presenter Diana Stewart before getting into a two-year relationship with presenter Georgie Thompson in 2009.

Meanwhile, Ali is said to have stayed single and to have devoted herself to her career.

That was until she and Dec finally reunited in 2014 – this time for good.

“When Dec met Georgie, Ali waited for him. She hasn’t really seen anyone else and that’s because she has always had a soft spot for Dec,” the insider continued.

“She has been in love with Dec for a very long time. He is the only guy for her.”

It seems that second time around, Dec quickly realised the same, with the TV star wasting no time in popping the question.

And opening up about their complicated situation, he once hinted that work had been the barrier.

“I think we’ve always been attracted to each other but it has always been that thing of we work together,” he said.

The couple now have two children

“This is the first time we’ve given it a try. We always hung out. When she was single and I was single we’d go out for dinner on Valentine’s night together because we didn’t have partners.

“This year we went out as couple.”

And unlike other romances that start with a bang and quickly fizzle, their slow-burning love appears to have developed into one of the most solid relationships in showbiz.

Read More: Declan Donnelly’s loyal wife Ali waited 10 years for him – but it was worth it