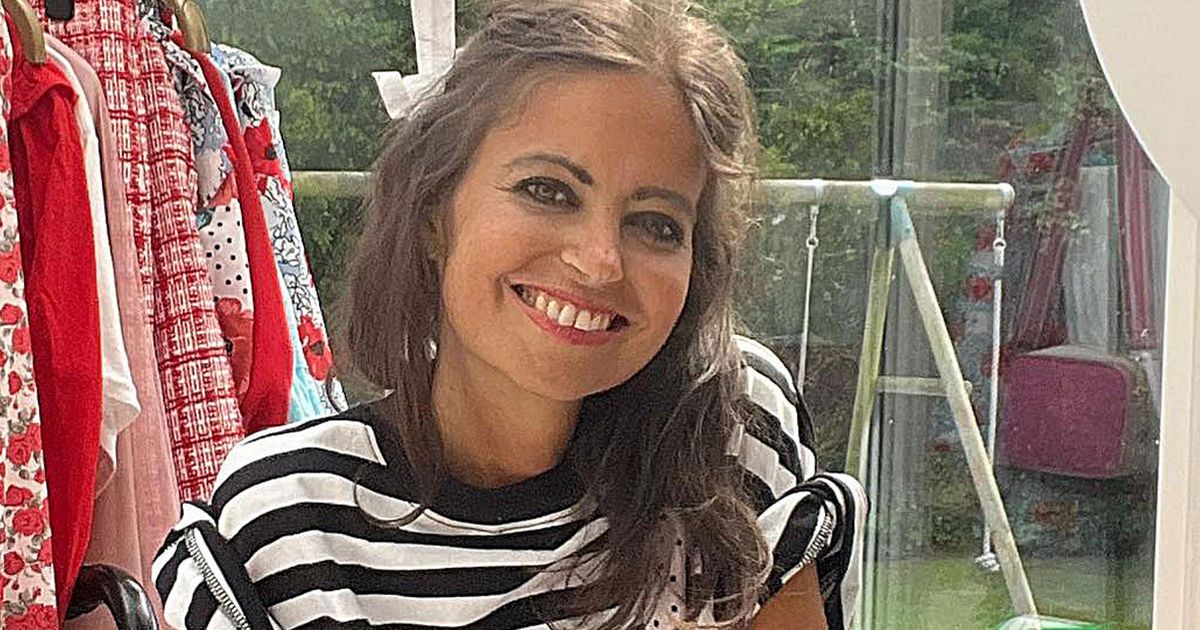 Dame Deborah James has fearlessly changed the dialogue around bowel cancer, and despite being in hospice at home care, she shows no signs of slowing down 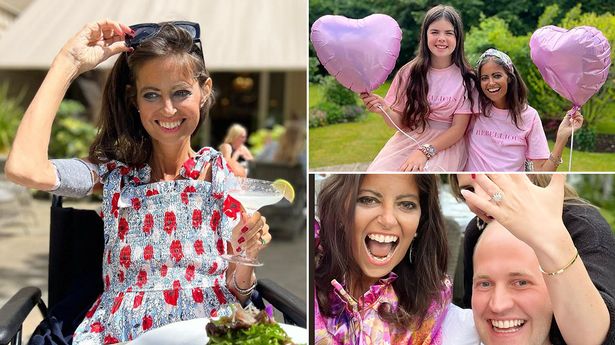 From the moment she was diagnosed with bowel cancer in 2016, Dame Deborah James has refused to give the disease an inch.

When it moved to stage 4 and became incurable, the plucky former deputy head only dug her heels in further, ploughing on through rounds of agonising treatment – and managing to look fabulous at the same time!

And now as Deborah cruelly faces the end of her life at the young age of 40, she’s still as inspirational as ever. Not one to let a little thing like terminal cancer hold her back, since being discharged from hospital into at home hospice care she’s been kicking goals like no other.

And just like when she beat the eight per cent five-year survival odds, Deborah has once again laughed in the face of a grim prognosis, defying doctors who said she had just days left on May 9.

Here, we take a look at the incredible star’s amazing acts of bravery in the face of her most heartbreaking chapter yet.

Deborah, pictured with daughter Eloise, might be growing weaker, but she still insists on cooking for her family

As her illness marches on without mercy, mother-of-two Deborah has said she finds it increasingly hard to stay awake, even for a short amount of time.

But every night she still insists on cooking for her family, including son Hugo, 14, and daughter Elouise, 12, with help from her dad Alistair.

“I find cooking really therapeutic at the moment, not that I ever actually eat the food,” she told The Sun last week.

“I am painfully slow at everything, but Dad just patiently helps. The other night cooking fajitas took about an hour and a half, when it should’ve taken 30 minutes.

“Rather than just try and do it for me, he passed me the different ingredients and let me do my thing. It sounds like a small thing, but it means the world – and I love doing it with him.”

In a bid to protect her children from bad memories, she’s also insisted on receiving end of life care at her parents’ home in Woking rather than at her own London home.

And when her brother Ben recently got engaged to his partner Claire, she insisted on using all her energy to throw them a party to remember.

Still trying to save others

Since revealing on May 9 that her active treatment has been ended, Deborah has raised millions of pounds through her tireless campaigning to stop ‘other Deborahs’ having to suffer the same fate.

Announcing that the end was near, she asked supporters to donate the price of a drink to ‘see me out of this world’ to her Bowel Babe fund, and the response was unimaginable, with £6.7million in the pot to date.

She’s also raised another million through her Dame Deborah clothing collaboration with In The Style, and their Rebellious Hope t-shirts.

“‘Rebellious Hope’ is what has got me through the last few years and it’s what is keeping me going now!” she told her Instagram fans. “Seeing all your messages, tags and support has just been the best and I am so grateful that we have been able to do this together!”

Then there’s money from the sale of her book, How to Live When You Could be Dead, which went to number one in the Amazon best sellers list, and cash from a rose created especially for her by The Harkness Rose Company, all of which will be used to fund research and equipment to beat the killer disease.

So it’s no wonder that the public’s pleas for Deborah to be made a dame were answered when Prince William actually visited her parents’ home to bestow the honour on May 13.

Deborah has been open about the anxiety that comes from not knowing what lies ahead, but she’s determined not to let that stop her enjoying her last days.

From Ascot, the opera and the Chelsea Flower Show to drinking cocktails in the sun and pints in the pub, Deborah has soaked up every second.

And writing on Instagram after a trip to RHS Garden Wisley in Surrey, she said that all the pain and exhaustion is worth it to keep making memories.

“But be under no illusion! I’m knackered! I’ve worked out it takes me longer to get ready and organised to go than the time I actually last anywhere!! Getting dressed is tiring, getting meds organised is tiring, the extra moving, the travel, the wondering what mood your stomach is in – its all real!” she wrote.

“But then the feeling of making it to something you didn’t think possible, having put make up on, donning new shoes (that finally arrived in the right size for massively swollen feet!), with the sunshine smiling – well then it’s all worth it! It’s a kind of cheeky ‘still living whilst dying’ two fingers up to it all!!”

Deborah looked stunning when she made an appearance at Ascot

Deborah has been open about her declining health, revealing she no longer has the strength to brush her own hair

As the cliche goes, there are only two certainties in life – death and taxes.

But despite the fact that it will happen to us all one day, death is something few talk about and many fear.

True to form, Deborah has been searingly honest about what it is like to be facing the end, refusing to play down her sorrow, heartbreak and terror.

Admitting she’s scared to sleep in case she doesn’t wake up, she told The Sun: “I do not want to die – I can’t get my head around the idea that I will not see my kids’ weddings or see them grow up – that I will no longer be a part of life that I love so much.

“I am not brave – I am not dignified going towards my death – I am simply a scared girl who is doing something she has no choice in.”

That’s a statement many with disagree with though – Deborah’s bravery as been an inspiration to so many and the legacy she has created will help so many more.

For now, there’s sunshine to be enjoyed and cocktails to be drunk. And Deborah has vowed that when her time does come, she will be going out in style.

“I may be getting weaker and more tired each tired having run off pure adrenaline, but my word, I always said I wanted to slide in sideways when my time is up, with a massive smile, no regrets and a big glass of champagne! Still my intention!!!” she wrote.