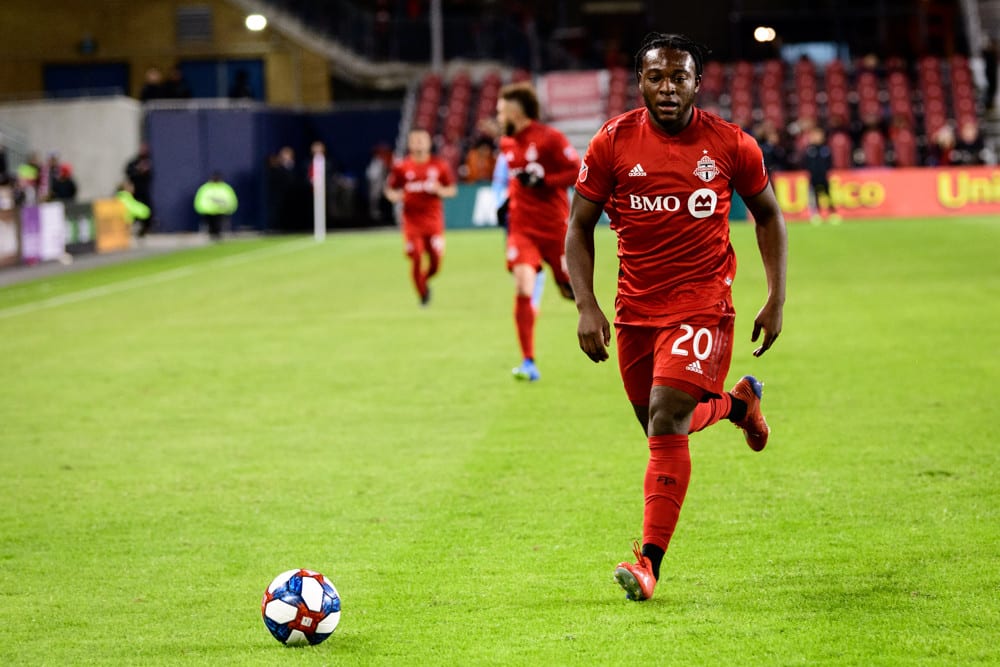 Toronto FC and DC United had a spectacular morning clash this Monday as a part of the Group C, of the MLS is Back tournament. The finals result of the match was 2-2, with United making a superb comeback from the dead in the final six minutes of the meeting.

Federico Higuain and Frederic Brilliant were the scorers for the team from the capital, who had a player sent off in the stoppage time of the first halftime. All in all, it was one pretty wild game in Orlando.

Toronto was better when looking at the overall picture, but that sloppy closure of the event has cost them dearly. The reason for this might be found in all the troubles this team had over the last few days. The match was supposed to take place on Friday, but was postponed twice in the meantime because of all the problems Toronto had once traveling to Orlando.

They would have to make some additional COVID-19 testings, before reaching Florida.

Ayo Akinola scored two goals for the Canadians, who started the meeting without Jozy Altidore. The scorer was his replacement, and at the halftime, it seemed that this move might be a real deal.

His opening hit came after 14 minutes, and the second one minute before the end. To make it even better for Toronto, DC’s Junior Moreno received a red card in the sixth minute of the stoppage time.

Everybody believed that the rest of the game would be a routine for the Canadians, but they couldn’t score that third goal and put an end to Washington’s hopes.

They had the initiative and more of the ball possession but didn’t execute, and eventually, the punishment arrived.

Higuain came off the bench and managed to decrease the lead six minutes before the end. Today’s game was his first for United, and he immediately contributed. DC should find a decent scorer in the 35-year old journeyman who previously played for Columbus netting 55 times in 193 matches.

One minute into the injury time, Frederic Brilliant’s header tied the result and shocked Toronto, who managed to bounce back and have one big chance to avoid a draw.

Akinola’s header was stopped by Bill Hamid, who not only prevented his hat-trick but saved one point for his DC.

Up next, Toronto plays with Montreal Impact on July 16, while DC meets the New England Revolution one day later.