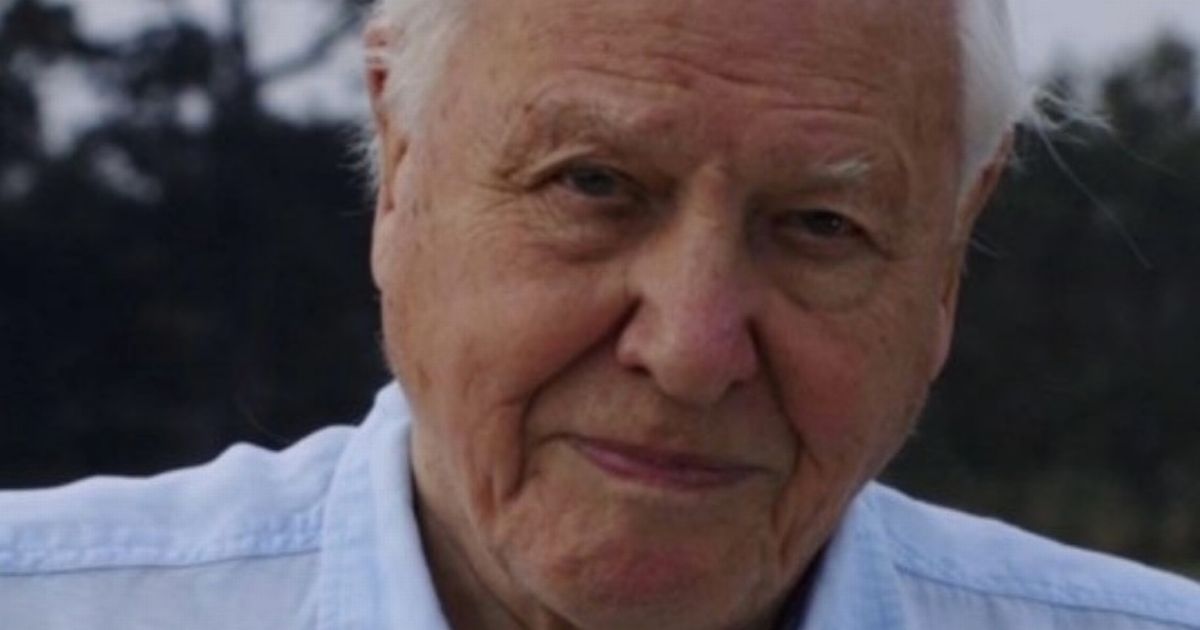 Sir David Attenborough has started his own Instagram account to urge his fans to help save the planet, which he said is ‘in trouble’ 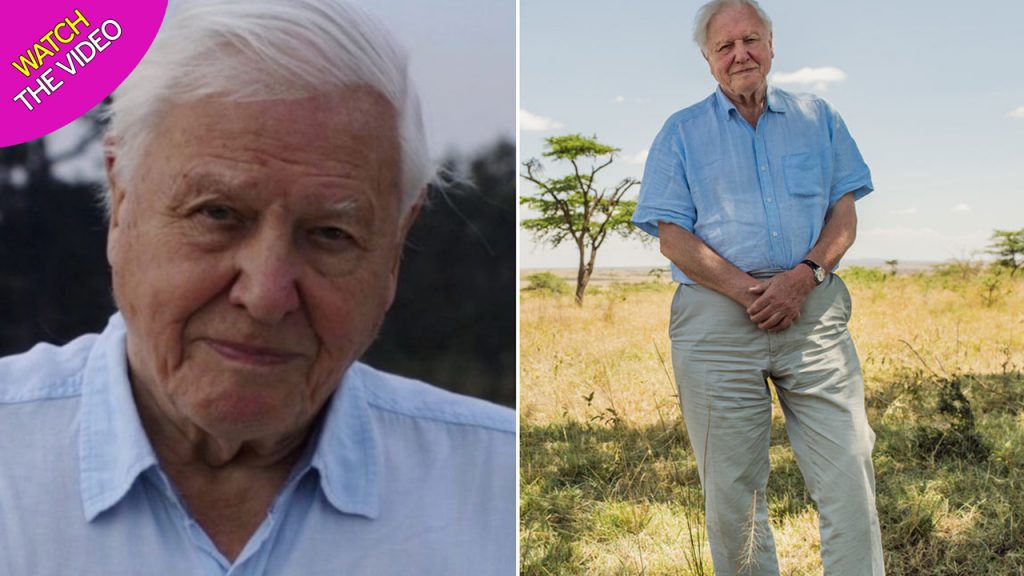 The natural historian, 94, set up his own account on the app on Thursday morning and recorded a special message for his fans.

And unsurprisingly the account has already proven to be popular as it amassed a whopping 180,000 followers in less than an hour.

In his video, Attenborough urged fans to become more active in helping to save the planet.

It comes ahead of his new film David Attenborough: A Life On Our Planet, which will launch on Netflix in October.

The filmmakers Colin Butfield and Jonnie Hughes will be posting his video messages for him. 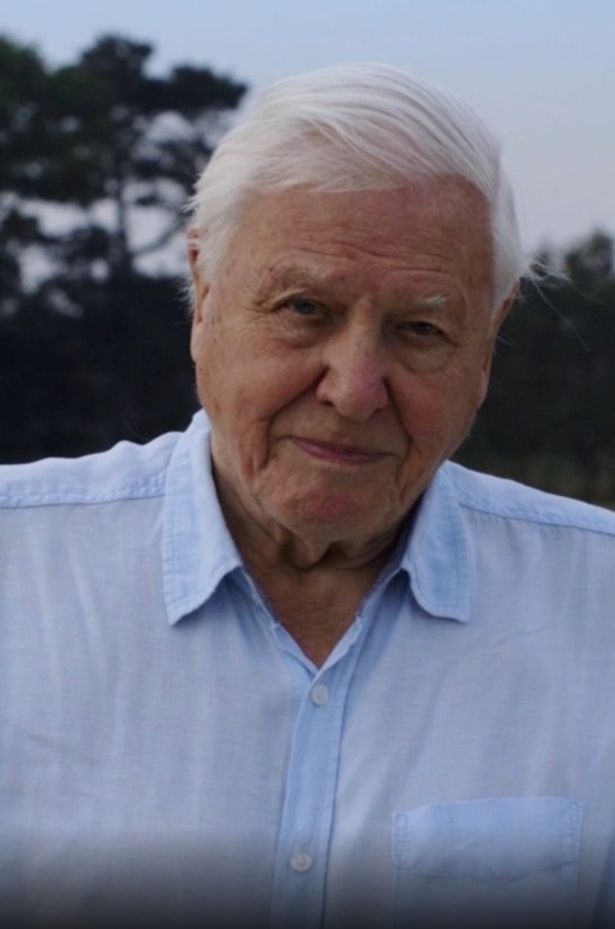 In the clip, Attenborough says: “Hello my name is David Attenborough and I’ve been appearing on radio and television for the past 60 years but this is my first time on Instagram.

“I’m making this move and exploring this new way of communication to me because, as we all know, the world is in trouble.

“Continents are on fire, glaciers are melting, coral reefs are dying, fish are disappearing from our oceans, the list goes on and on.

“But we know what to do about it, that’s why I’m tackling this new way for me of communication. 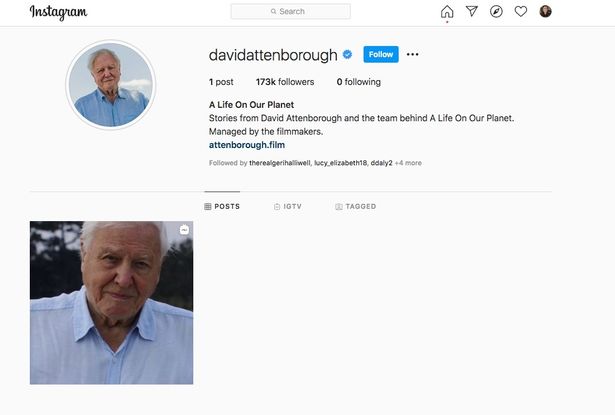 “Over the next few weeks I’ll be recording messages to explain what the problems are and how we can deal with them.

“Join me or, as we used to say in those early days of radio, stay tuned.”

The video was captioned: “Hello Instagram. David Attenborough has spent a lifetime travelling, exploring the wild places of our planet and documenting the living world in all its variety and wonder.

“He’s also witnessed the damaged caused. Saving our planet is now a communications challenge. We know what to do, we just need the will. 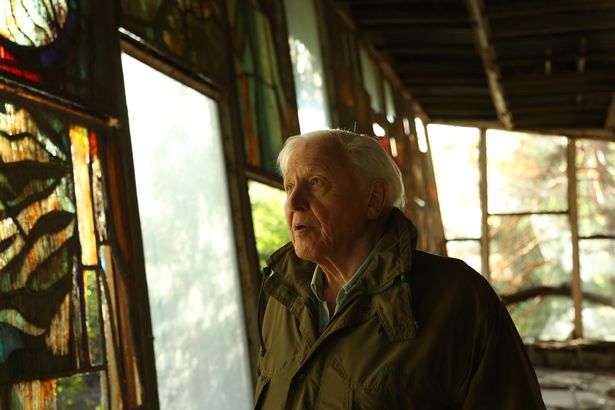 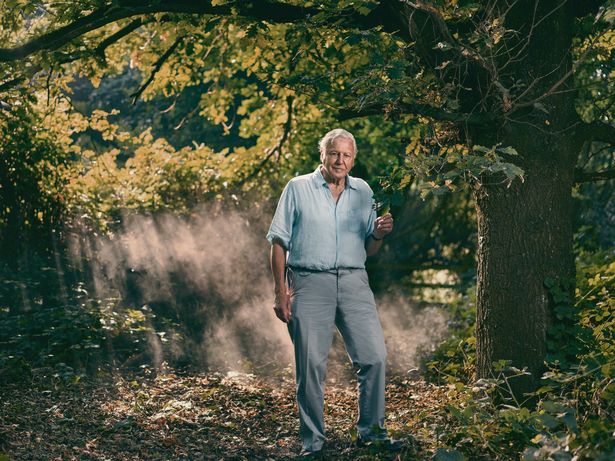 “That’s why we want to share this message on Instagram. Because there is hope and together, we can inspire change.

“In case you’re wondering, ‘we’ are Jonnie and Colin and we worked with David on A Life On Our Planet.