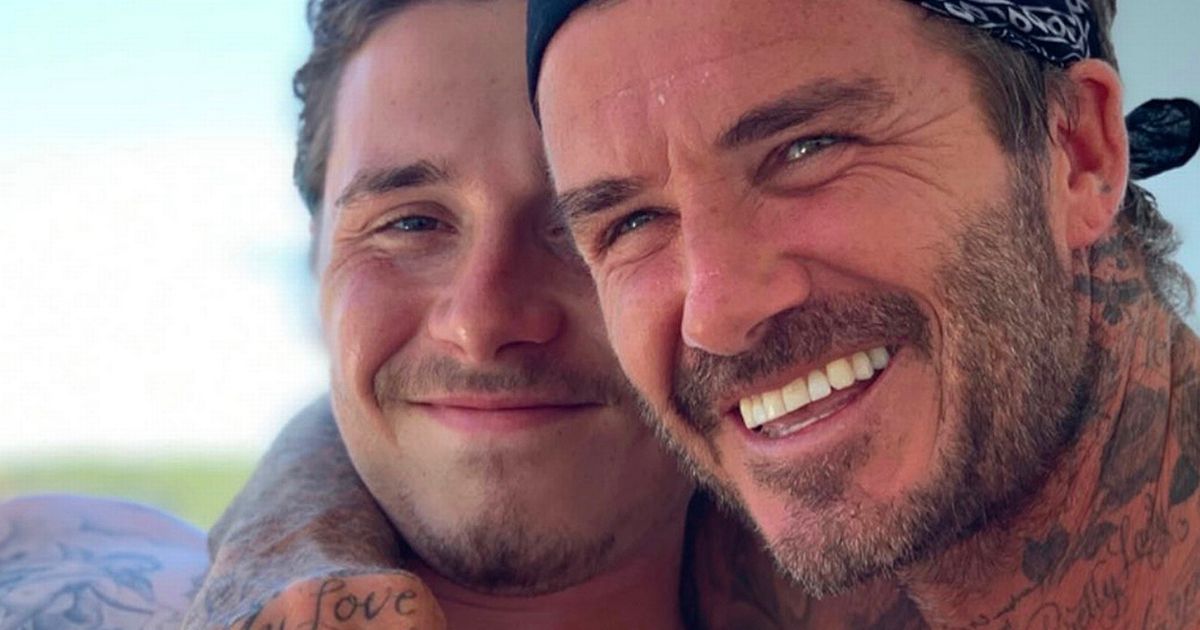 The Beckhams have jetted off for a luxurious and sunny break away in Puglia, Italy.

David and Victoria Beckham have been stuck in their Cotswolds home with their children as the UK dealt with a lockdown due to the coronavirus pandemic.

Now the pair have traded the Cotswolds for a farmhouse on the Italian coast, joined by their children Brooklyn, 21, Romeo, 17, Cruz, 15, and nine-year-old Harper Seven.

This is the first time that Brooklyn and Nicola have been seen out in public since they announced their engagement on social media earlier this month.

According to the Daily Mai l, the family arrived in the Southern coastal region of Puglia on Monday last week, and have been enjoying the rich landscapes and Mediterranean views. 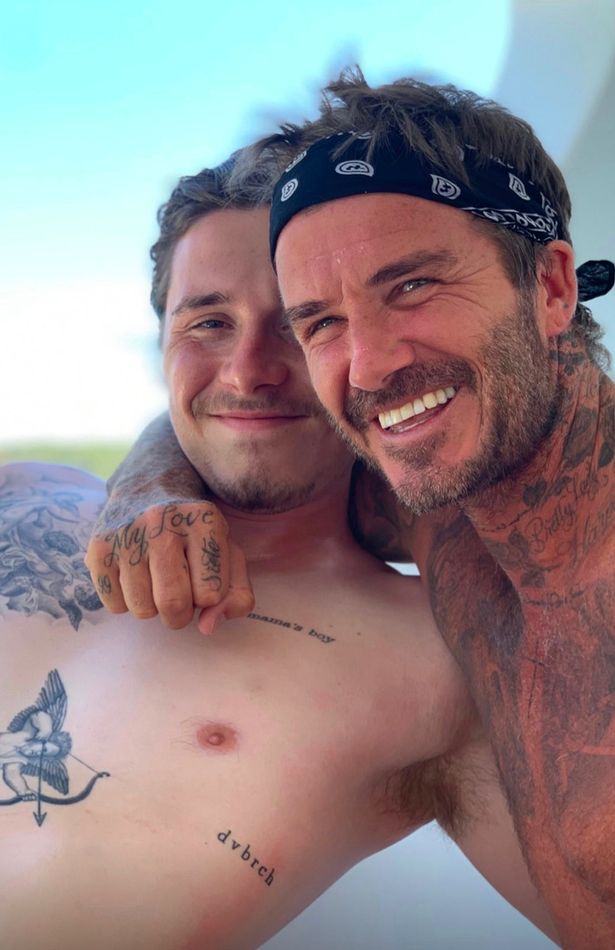 They are said to be staying in a farmhouse in Borgo Egnazia, a village with a castle-like appearance and known to be a holiday destination for the affluent and celebrities.

Justin Timberlake and Jessica Biel chose it as their wedding venue back in 2012, while Madonna famously celebrated her 59th birthday in the resort back in 2017.

It boasts beach clubs with private beaches, a championship golf course, a luxury spa, and a Michelin-starred restaurant.

On Wednesday they dined in restaurant La Frasca and on Thursday they participated in a village evening party. 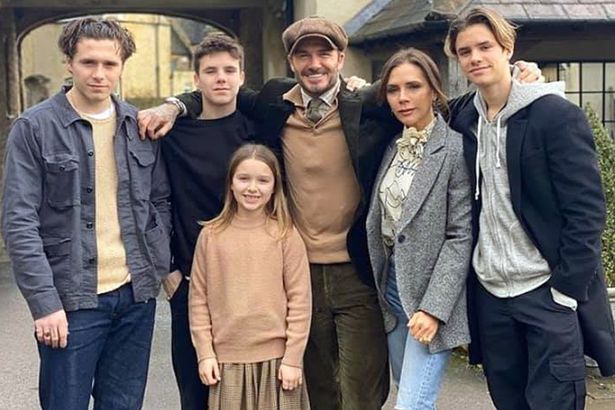 Dressed in swimwear and carrying beach towels, David, 45, and Victoria, 46, headed off for time by the pool, with Victoria keeping her face beneath a black baseball cap, while David wore a tight white vest and black sports shorts, showing off all of his tattoo sleeves.

They were joined by all of their children and future daughter-in-law Nicola.

The group also biked to the beach on one day, while on others have been ferried around the village in two golf carts. 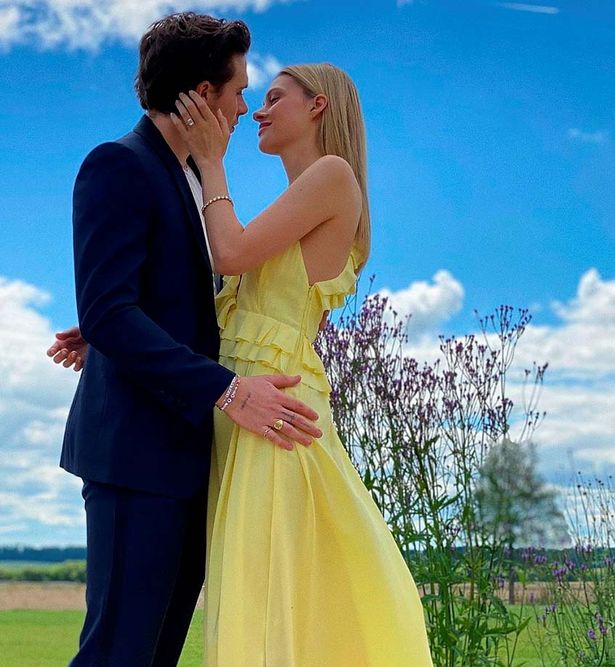 Newly engaged Brooklyn and Nicola cut two casual figures as they walked arm in arm, with Brooklyn in football shorts and a white printed t-shirt, while Nicola donned a grey top and long airy cotton black trousers with large sunglasses.

The Daily Mail reports that the pair have even been considering Puglia as an area to for their wedding venue. 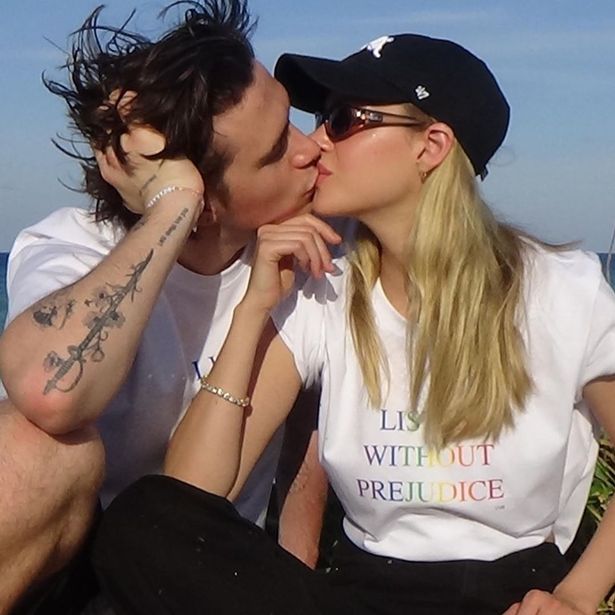 It is reported that Victoria was overheard saying to the pair: “It’s your day, we want to make it special… so whatever you want.”

Brooklyn and Nicola are set to tie the knot in two wedding ceremonies 2021, with the couple set to embrace their families’ Jewish roots.

A source told The Sunday People: “Nicola was raised in a Jewish household and while her mother Claudia isn’t Jewish, her father Nelson is devout.

“They raised their children to uphold traditional Jewish values.” 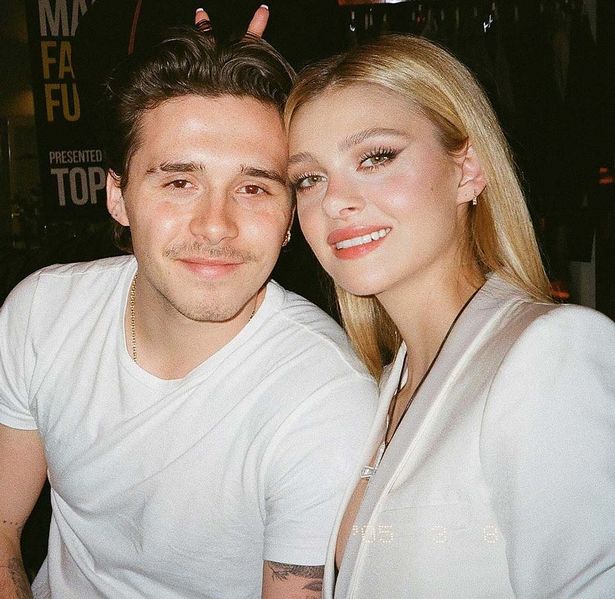 David Beckham is also half-Jewish himself and feels an affinity with Judaism.

The source added: “When they ­started talking about their future, Brooklyn agreed to a Jewish wedding.

“While it won’t be orthodox, or super religious, it will likely contain ­traditional elements.”

We’re sure it will be a wedding to remember and we can’t wait to see what they will all be wearing!