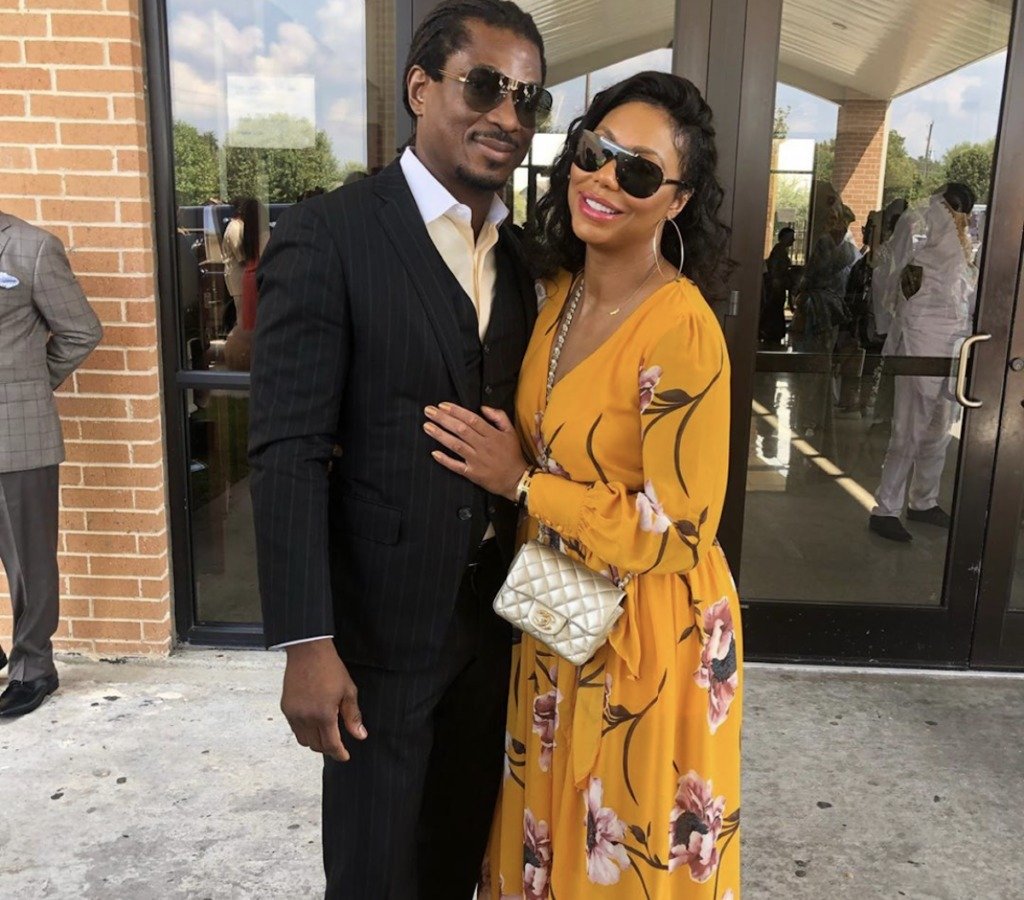 David Adefeso and Tamar Braxton‘s seemingly perfect relationship is crumbling by the minute. After it was reported that David was the aggressor in the fight that led to him kicking out Tamar and her son, Logan, the businessman is claiming that she punched him in the jugular.

As reported, Tamar and David got into a fight while driving somewhere. He confirms it in his first interview after the report on his Youtube channel.

Not only did he tell viewers that he’s never hit or cheated on a woman before, but he also went on to say that he was actually the victim in the situation that caused him to have $30k worth of damage on his Rolls Royce.

He revealed that Tamar punched him in his jugular which made him discombobulated. He added that he called his mom while in the car who began to pray for him.

‘A blow to my neck, my jugular. For those of you who know about medicine and the jugular, that’s what carries blood to your brain. When you’re hit there, it discombobulates you. I thought I was going to crash. I was driving fast. I called my mom — a 50-year-old guy having to call his mom when he’s driving. Tamar was in the car. My mom started praying, only to find out that after the blow, I was being secretly recorded, something that is illegal and unfair. And the tapes being sent to my family, the tapes of me in distress, in pain, calling my mom, were being sent to my family and other people.’

He claims that everything he said can be backed up in the police report filed.

Although he still loves Tamar, Adefeso told viewers that he wishes her the best on her mental health journey that has to now be without him.

Additionally, new reports claim that he no longer wants to be featured on Get Ya Life because it could be detrimental to his career.

What do you think of this situation?

Read More: David Adefeso Claims Tamar Punched Him In The Jugular While Driving — Wants Out of TV Show