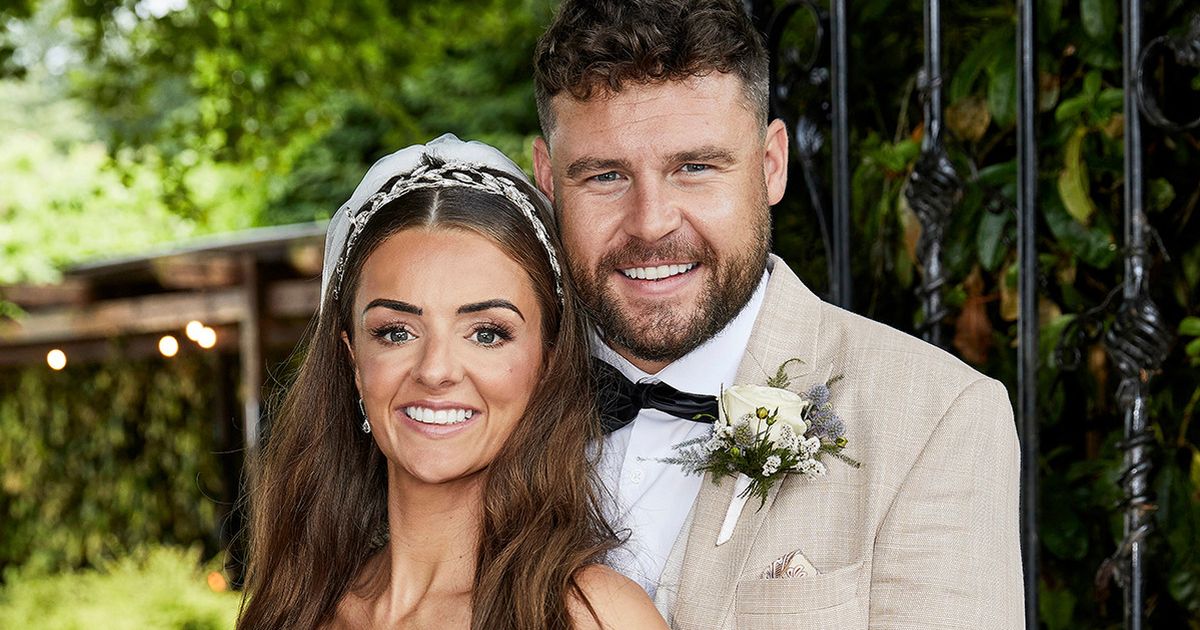 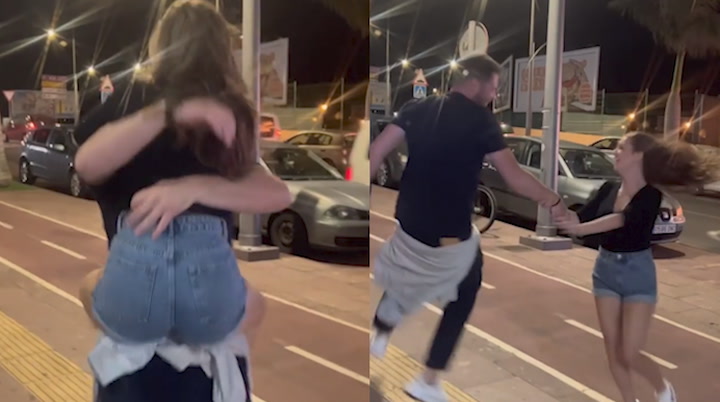 Danny Miller and partner Steph dance on the street in July

Actor Danny Miller explains why he opted for a less traditional first dance with his wife Steph Jones at the couple’s ‘Greatest Showman’ wedding.

The former Emmerdale star impressed guests at their Cheshire ceremony by leading a flash mob-style performance to music from the hit-Hollywood film.

The couple tied the knot in front of 140 of their friends and family, including their adorable nine-month-old son Albert, at Nunsmere Hall Hotel.

Despite the gorgeous backdrop and a start-studded guest list, it was the pair’s first dance which attracted the most attention.

Danny and Steph began in an unassuming manor by swaying to From Now On, the hit anthem originally sung by Hugh Jackman from The Greatest Showman.

Steph then exited the stage as a musical interlude began before a singer asked guests to clap their hands.

As the tempo picked up, Danny pretended to look confused as his bride was nowhere to be seen.

He began checking his phone and even appeared to ring someone as he tried to find out what was going on.

He then disappeared off the dance floor as the singer continued.

As the chorus began, the dancefloor curtains fell to the floor, revealing Danny and Steph.

The couple changed their outfits backstage

They had transformed from their dress and suit into Greatest Showman attire made up of matching sparkly red jackets with bow ties, Danny in a top hat and bride Steph in hotpants.

They were joined on stage by dancers and singers who lead as the newlyweds joined in the dance routine.

Danny grabbed Steph for a spin in the air while the accompanying dancers took to the floor for some breakdancing tricks.

This was all before Steph quickly took pride of place with a show-stopping ‘worm’ dance move.

The performance wrapped with some more singing and dancing, before their nine-month-old son Albert joined them on the dancefloor.

“After actually getting married that was the best thing of the wedding for me,” Steph told OK!.

They were joined by their son Albert

They tied the knot at the stunning Nunsmere Hall Hotel

“We only rehearsed it twice. I was nervous but when the curtain dropped I just thought, ‘Wow! I’m going to go for it.’ The whole thing was Danny’s idea.”

“I didn’t want to do a slow, awkward first dance,” he told the magazine. “This was perfect and exactly what we wanted.”

Danny said the pair fell in love with The Greatest Showman after watching it on holiday in a silent cinema while Steph was pregnant.

“It’s very fitting for us as a couple as in the film they’re together when they’re younger and then they got back together,” he added.