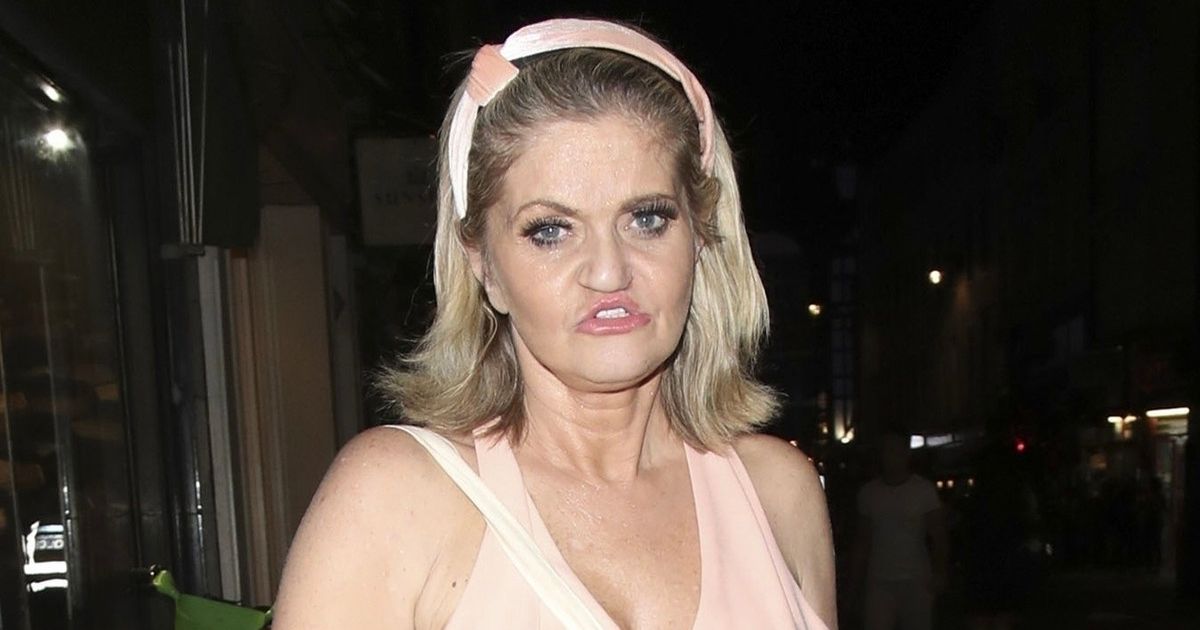 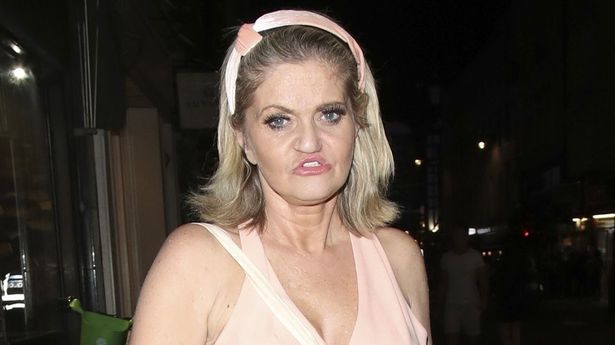 Danniella Westbrook bravely returned to the public eye last night after being stuck in bed for days with depression.

The former EastEnders actress has been open about her struggles with addiction and mental health problems in the past.

Earlier this week, the 48-year-old told fans on Twitter : “Depression ro me means laying in bed for days shutting out the world !” [sic]

She then added: “Day four.”

But putting a brave face on, Danniella headed out for dinner with friends at the Old Compton Brasserie in London’s Soho.

She wore a pale pink jumpsuit with a Moschino belt for the outing.

Meanwhile, it’s been reported that the actress is set to have around £500,00 of facial surgery to repair her ravaged face.

The surgery, set to be done on the NHS, will rebuild her damaged cheekbones and reform her collapsed nose.

She was unable to get the work done privately because of the whopping cost, but will now have the surgery after spending Christmas in intensive care.

The surgery will involve part of her rib being inserted into her face.

Recently, she spoke about the issues that have blighted her life.

She has struggled with drug use for many years – confessing she snorted her first line of cocaine when she was just 14 – and has hit the headlines due to the devastating effects addiction has had on her appearance.

In an interview on The Frost Report podcast, the actress heartbreakingly admitted she has “wasted years” of her life.

“It’s taken me 48 years to get to that point and I can’t say I’ll be there tomorrow. The worst thing I have done is throwing my life away, hating myself, the years I have wasted not liking the person I am,” she said.

She appeared on EastEnders on and off for 26 years

She also addressed her errors since leaving rehab.

“Ok so here goes …. HONESTY POST Ok so it’s no secret since leaving rehab I’ve slipped and slides more than I have been straight I guess,” she wrote, as she told her followers she had joined the gym and started a new diet in order to restart her life,” the star wrote.

“I’m done with the drinking, the occasional packet and night out. I’m totally over it.

“I know the best years of my whole adult life was the 14 years I spent clean and sober. So today’s the day I go back. Own my s**t. Pick up the newcomers ring with pride not shame,” Danniella shared.

Read More: Danniella Westbrook bravely shows her face after depression left her in bed for days