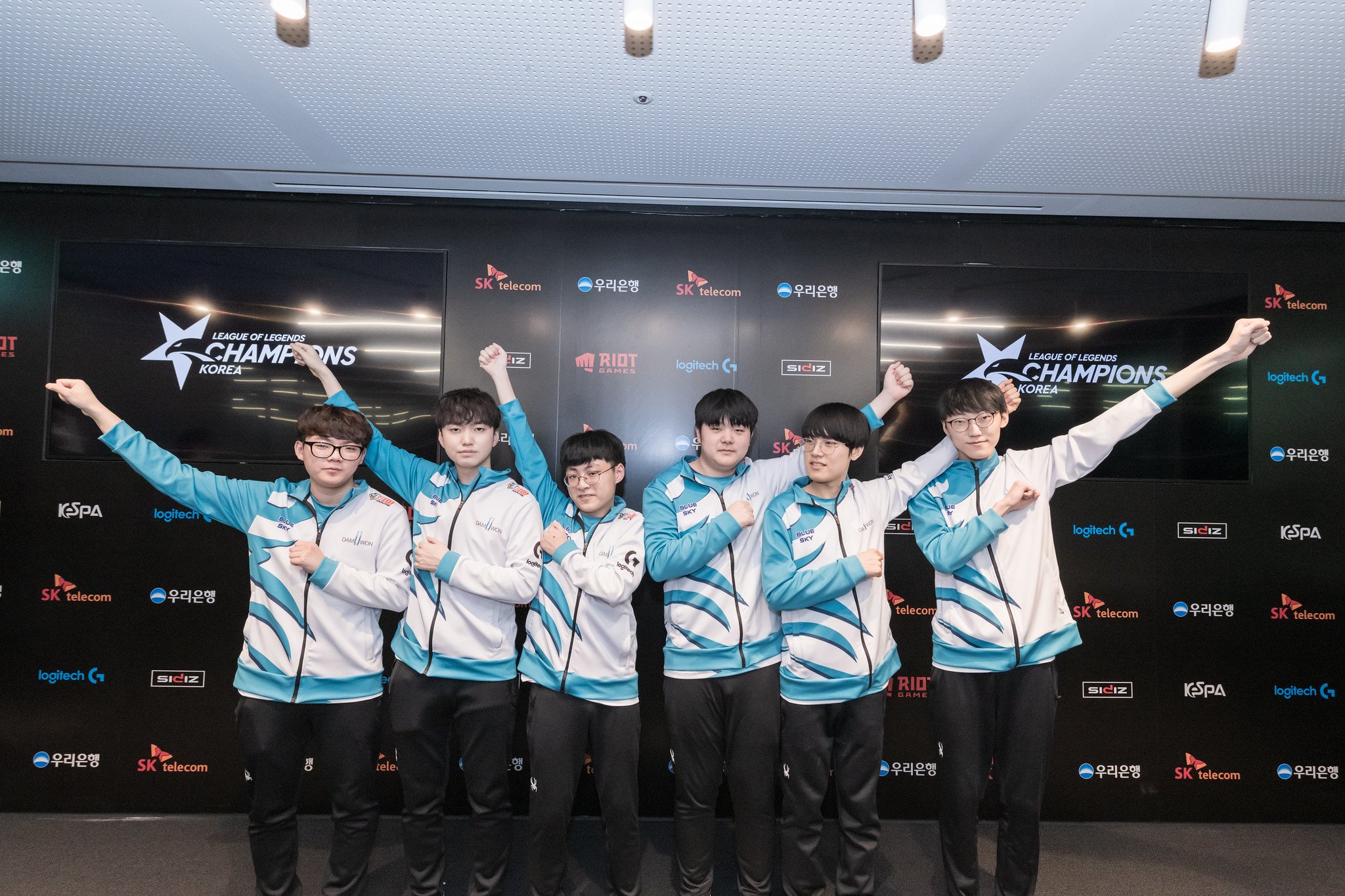 Damwon Gaming proved once again that they’re a force to be reckoned with in the LCK following a strong victory against Afreeca Freecs.

DWG swept AFS in two fast games, one in under 30 minutes and the other in under 25 minutes. They’re now tied with Kingzone DragonX for first place in the 2020 LCK Summer Split standings at 6-1.

DWG’s jungler Canyon was crucial in their wins . He earned both Player of the Game awards thanks to two dominant performances on Lee Sin and Nidalee.

The first game was an absolute bloodbath. Canyon made some aggressive plays with his signature Lee Sin pick, constantly invading AFS and ganking all lanes. It felt like Canyon turned into the Flash since he was so fast and reactive that no one could see where he was.

His plays helped DWG build a huge early gold lead, which snowballed into neutral objectives such as Rift Heralds and dragons. With plenty of kills and objectives under their belt, DWG crushed their opposition and closed out the first game in 29 minutes.

AFS’ second game draft was much more passive. They tried to scale into the later stages of the game with safe picks. DWG didn’t let that happen, though.

Canyon once again played like a beast and invaded the enemy jungler. He did eight times as much damage as his opponent in the jungle, showing just how dominant he can be on Nidalee. DWG won the second game in 22 minutes.

“Last year, Ghost was a stable Bottom Laner for the Sandbox Gaming team and showed performance in team fight and operation,” DAMWON said. “Please welcome ‘Ghost’ to join the DWG family, and give us a lot of support and encouragement to perform better.”

The ADC played with SANDBOX during the 2019 season. He earned multiple MVP awards and was nicknamed the “Holy Spirit” after many good performances throughout the season, notably on Draven. After the team ended the 2019 LCK Summer Split in third place, however, he parted ways with SANDBOX.

Damwon Gaming has been looking like a top team, especially with a such a good ADC as Ghost in the bottom lane. If they keep up their performance, they might win their first LCK title.

« T.I. Has A Few Words For Kanye West Amidst His Massive Breakdown