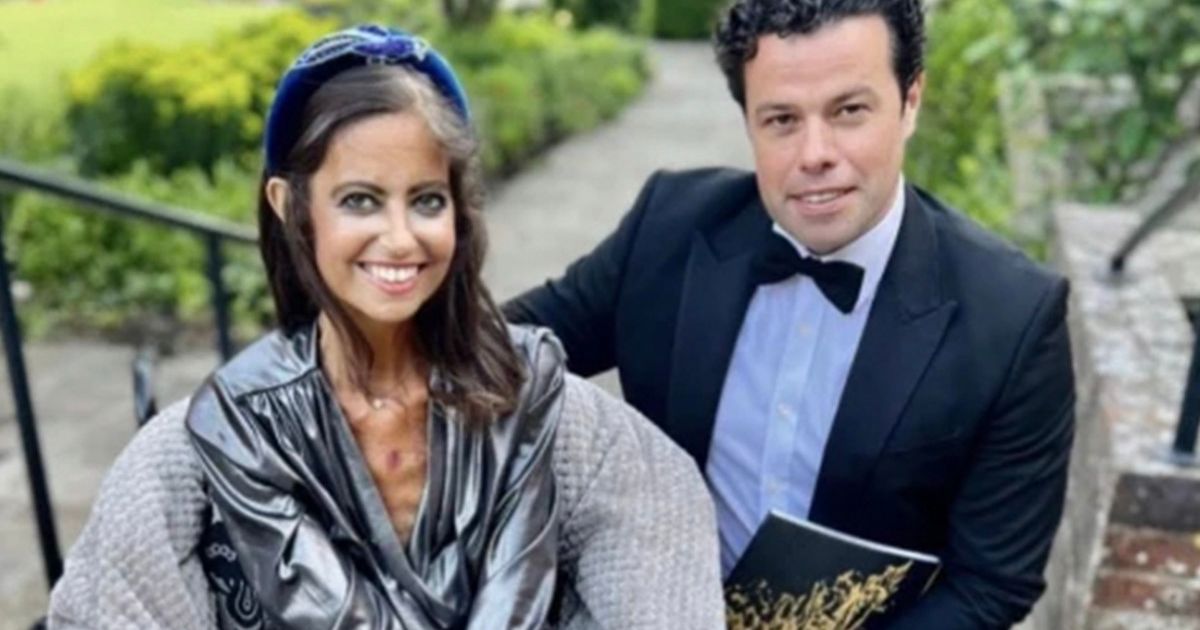 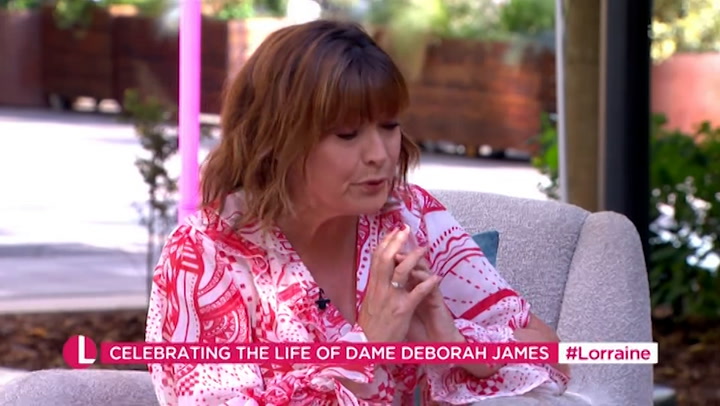 Dame Deborah James’ husband Sebastien has revealed the last words he said to his wife as she “slipped away”.

The brave campaigner passed away age 40 in June, following a five year battle with bowel cancer.

Dame Deborah was later laid to rest in a funeral attended by her family and friends in July, as many took to social media to pay tribute to the beloved former headteacher.

Just over a month on from her passing, Dame Deborah’s beloved husband Sebastien has revealed his voice was the last thing she heard as she took her last breath.

He has revealed he told her how proud he was of her and promised he would look after their two children Hugo, 14, and Eloise, 12.

Sebastien has recalled the last moments he spent with his wife as he told The Sun: “I kissed her on the head.

“I told her how much I loved her, that I would look after the kids and the last thing I said to her was that I was so proud of her. Then she slipped away.”

Dame Deborah’s husband said the campaigner had an “incredibly peaceful death” and the experience was “quite spiritual”.

He added: “She had an incredibly peaceful death, if there was a way to die well, then she managed it.”

Deborah was diagnosed with bowel cancer five years ago and candidly shared her journey with the public – which caused her to raise to prominence as she worked tirelessly to campaign for more awareness around the signs of bowel cancer.

In April Deborah penned a heartbreaking message to fans to reveal she had been taken into hospice care – opting to spend her final days surrounded by her family at her parents’ home.

She wrote: “The message I never wanted to write. We have tried everything, but my body simply isn’t playing ball. My active care has stopped and I am now moved to hospice at home care, with my incredible family all around me and the focus is on making sure I’m not in pain and spending time with them.”

Deborah then announced the launch of her fundraiser, which she called the Bowelbabe fund. The Just Giving page set up to raise cash for a number of charities has since raised more than £7.4million.

The fearless campaigner continued to achieve a number of things in hospice care including being awarded a Damehood by Prince William, launching a T-shirt range with In The Style and successfully getting Andrex to list to symptoms of bowel cancer on its packaging.

Then, on June 28, Deborah’s family announced the heartbreaking news of her passing on her Instagram page.

In a statement, which was shared alongside gorgeous photos of the Dame, her family wrote: “Dame Deborah James.

“We are deeply saddened to announce the death of Dame Deborah James; the most amazing wife, daughter, sister, mummy. Deborah passed away peacefully today, surrounded by her family.

“Deborah, who many of you will know as Bowelbabe, was an inspiration and we are incredibly proud of her and her work and commitment to charitable campaigning, fundraising and her endless efforts to raise awareness of cancer that touched so many lives.

“Deborah shared her experience with the world to raise awareness, break down barriers, challenge taboos and change the conversation around cancer. Even in her most challenging moments, her determination to raise money and awareness was inspiring.

“We thank you for giving us time in private as a family, and we look forward to continuing Deborah’s legacy long into the future through the @bowelbabefund

“Thank you for playing your part in her journey, you are all incredible.

“And a few final things from Deborah…“find a life worth enjoying; take risks; love deeply; have no regrets; and always, always have rebellious hope. And finally, check your poo – it could just save your life.” x”

Read More: Dame Deborah James’ husband shares his final words to her before she ‘slipped away’