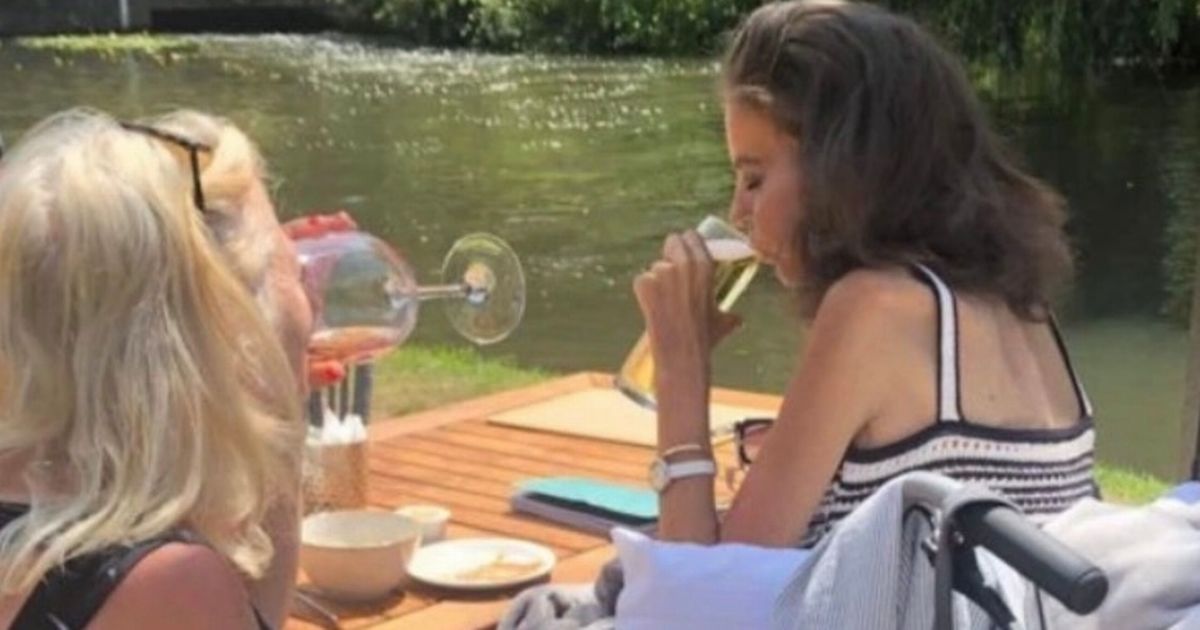 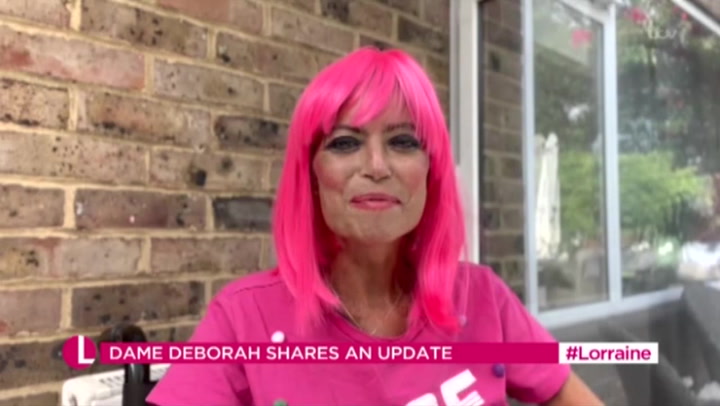 Deborah James provides an update on her health

Dame Deborah James has been photographed enjoying a pint with her mum Heather after bidding a tearjerking goodbye to her brother Ben.

Brave campaigner Deborah, also known as BowelBabe, enjoyed a drink and some lunch with her mum in an Instagram story snap shared by Heather, who calls herself BowelGran on the social media platform.

The 40-year-old star, who was diagnosed with incurable bowel cancer in 2016, can be seen sat in a wheelchair and sipping on a refreshing pint with her beloved mum Heather, 64, by her side.

Meanwhile, Deborah’s mother is sitting next to her daughter and sipping on a glass of wine as they spend some quality time together as Deborah continues to receive end-of-life care.

The pair were sat in front of a canal at a country pub called The Anchor in Woking.

As Heather posted the photo on her Instagram story, she wrote underneath the picture: “A lovely relaxing lunch in the sunshine”.

It comes after Deborah, who recently posted a heartbreaking photo of her dad brushing her hair, opened up on her emotional farewell with her brother Ben as he headed off on holiday in the US.

Deborah revealed how she insisted to Ben he “must not come back, under any circumstances”.

She insisted to him he “must not come back, under any circumstances”

The inspirational star told The Sun of her brother Ben, who recently got engaged to his longterm partner: “He’s off on holiday to the US tomorrow. I have told him they have to go, they’ve planned the trip for ages. I also told him he must not come back, under any circumstances.

“It’ll be horrible saying goodbye to him. I can’t really think about it right now.”

Deborah, who shares son Hugo, 14, and 12-year-old Eloise with her husband Sebastian, is incredibly close with her family.

In fact, the star has chosen to only spend time with her family as she receives end-of-life care.

She previously explained: “I don’t want my friends to see me like this. I don’t want them to remember me this way.”

Deborah is currently receiving end-of-life care at her parents’ home in Woking following her five year battle with bowel cancer.

Deborah is married to husband Sebastian

The campaigner announced the news in a heartbreaking goodbye message, which she posted to her Instagram at the beginning of May.

She said at the time: “We have tried everything, but my body simply isn’t playing ball. My active care has stopped and I am now moved to hospice at home care, with my incredible family all around me and the focus is on making sure I’m not in pain and spending time with them.”

Since then, Deborah has documented her whirlwind of experiences as her post captured the hearts of many across the nation – from receiving a dame hood from Prince William to attending the Royal Ascot races and even announcing the upcoming release of her book How To live When You Could Be Dead.