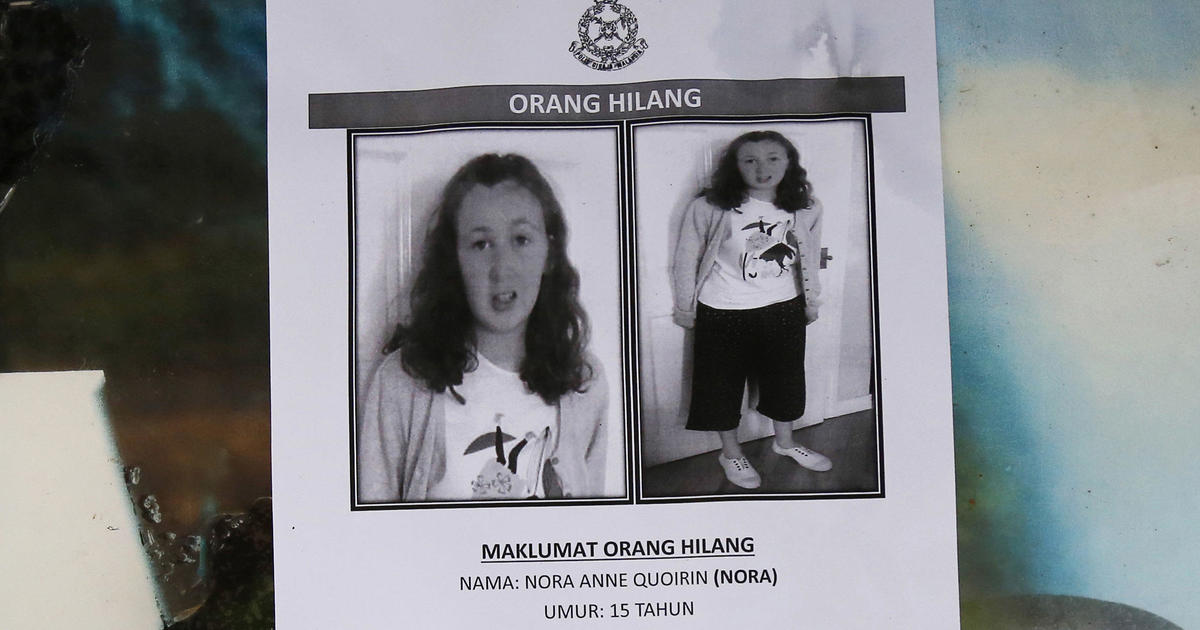 The father of a French-Irish teenager whose body was found in the Malaysian jungle told an inquest Thursday he heard noises in the family’s holiday chalet before she disappeared. The body of Nora Quoirin, a 15-year-old with mental and physical disabilities, was discovered unclothed last year after a massive hunt through the rainforest.

Authorities insist there was no foul play but her parents believe she was abducted from the resort where they were staying near Kuala Lumpur, saying the teen would not have wandered off alone.

Testifying at the inquest into her death, Sebastien Quoirin said he “heard some muffled noise coming from the chalet” late at night on the day the London-based family arrived.

In this image from video released by Malaysian Judiciary, Sebastian Quoirin, center bottom, father of missing schoolgirl Nora Quoirin, testifies on Nov. 12, 2020 as part of an inquest into the death of the teenager, a year after her body was found near a Malaysian nature resort.

“I could feel it was close… I cannot describe the nature of the noise,” he said, speaking via video-link as he could not attend the hearing in person due to the coronavirus.

The 48-year-old Frenchman did not get up to investigate, however, saying he was in a “state of semi-consciousness.” The teen’s mother, Meabh Quoirin, made similar claims in her testimony Wednesday.

They discovered their daughter was missing the next morning. A 10-day hunt involving hundreds of rescuers followed, before the schoolgirl’s body was found close to the resort.

A poster of a missing British girl Nora Quoirin is seen in Seremban, Negeri Sembilan, Malaysia, Aug. 10, 2019. Her body was discovered unclothed after a massive hunt through the rainforest.

A window latch on the chalet was broken, but the teen’s father did not believe she could have climbed out alone as she struggled with mobility and balance.

“She has no survival instincts. I could not understand how she could have got out of the chalet and ventured out of the resort herself,” he said.

The 15-year-old was born with holoprosencephaly, a disorder which affects brain development, BBC News reported.

He said the teen’s feet were uninjured when her body was discovered, which would be unusual if she spent days wandering in the jungle, and believes she could have been kidnapped and then dumped.

“The abductors could have realized she was a liability following the extensive police search and widespread media attention,” he said.

Quoirin also said rescuers had combed the area where she was found four times including once with a canine unit but failed to spot her. When he and his wife were asked to identify the body, he said they noticed that Nora’s feet “didn’t seem to be particularly damaged” and were only dirty. “I try to think how was it possible since the police told us Nora has been on the move. … I am not an expert but to us, Nora’s body didn’t seem compatible of someone wandering off in the jungle, half naked without shoes,” he said.

The Quoirin family has criticized authorities for responding slowly after the teen’s disappearance but police say they conducted a thorough probe and there is no indication of kidnapping.

The family has sued the resort owner for alleged negligence. They said in their lawsuit that there was no security at the resort and that the window with a broken latch was found ajar the morning Nora disappeared.

An autopsy found the teen had probably starved and died of internal bleeding — but her family pushed for the inquest, which is expected to continue into December.

The Associated Press contributed to this report.

Militias take aim at gun laws: "It's about shooting tyrants in the face" »