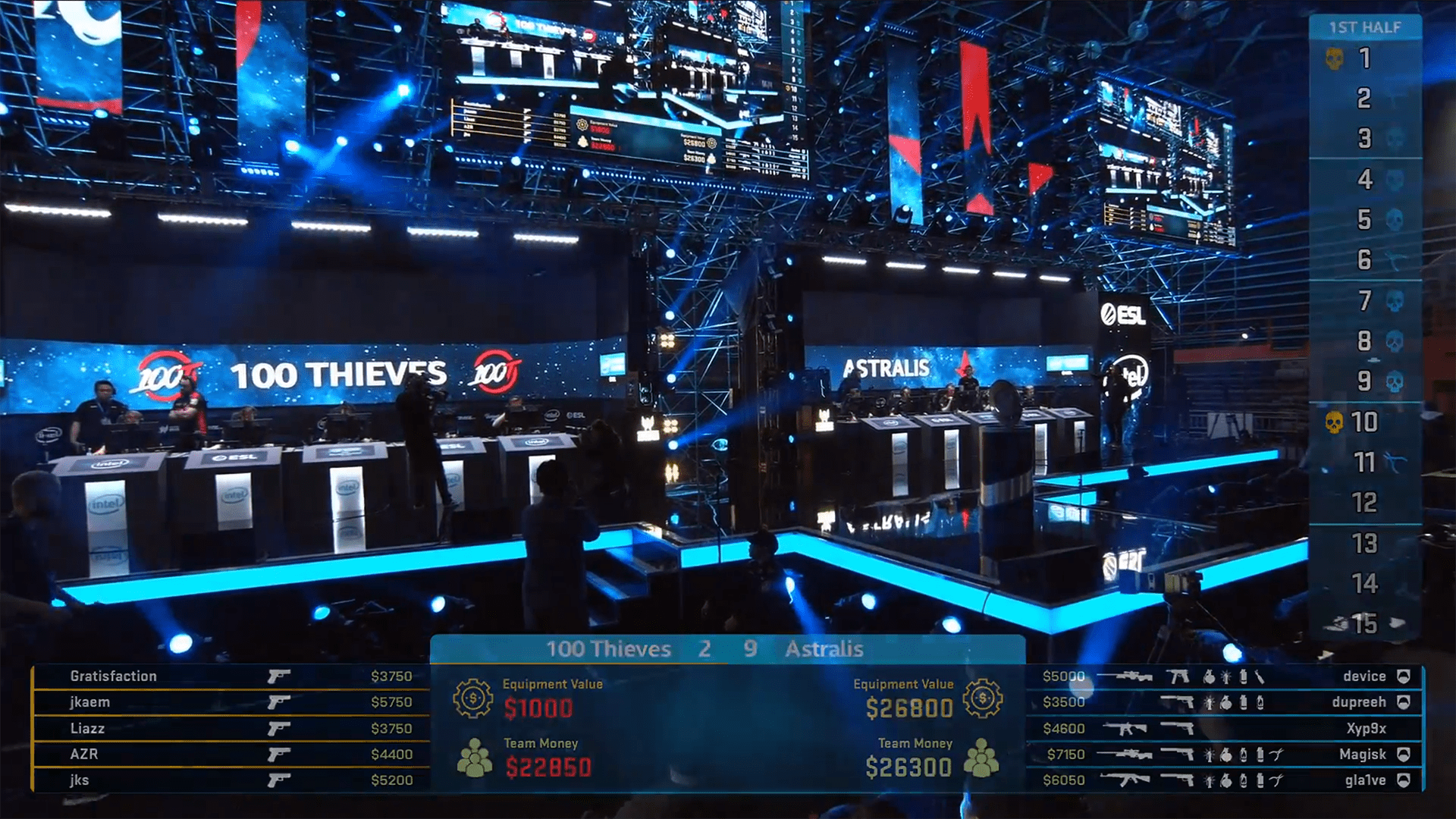 CS:GO – Chaos EC Won’t Be Playing In The ESL One Cologne Online Despite Domination

If you’ve been closely following Chaos in the past couple of weeks, you’ve been treated to a surprise glow-up from a team based around a black sheep of CS:GO, Joshua ‘steel’ Nissan.

They crushed MIBR which led the fans and roster of the Brazilian team into a frothy frenzy, and they’ve cleaned house in three North America tourney’s focused on Tier 2. If anyone is ready to compete in the big leagues, it would be Chaos.

Unfortunately, that ‘black sheep’ aspect is keeping Chaos from Majors, as Joshua Nissan was involved in some shady match-fixing which resulted in a lifetime ban from Valve-sanctioned tourneys.

So unless Chaos removes the player and replaces him, they won’t be seeing any Majors.

This leads the team to compete in smaller tournaments, of which the professional Counter-Strike scene offers many, with decent payouts if you can go toe-to-toe with the big guys.

Unfortunately again, Chaos can’t make the upcoming ESL One Cologne Online tournament as they currently have no ESL Pro Tour points, and they fall behind MIBR, Envy, and Triumph regarding World Ranking. Chaos has beaten both Triumph and MIBR recently, and with relative ease.

I don't think we will get an invite to ESL One Cologne because the ranking system they use is so old and busted that two dead teams (swole patrol, swole identity) have more points than us..? And we don't have points cause the last ESL event was road to rio so we didn't play. GG

This all means that despite Chaos cleaning house everywhere they go at the moment, they will ‘likely not’ be invited to the remaining open slots of ESL One Cologne Online, as stated by Michael Blicharz, the VP of Pro Gaming at ESL.

Wildly unfortunate for those that were looking forward not only to another possibility of Chaos ruining MIBR, but those interested to see how Chaos could stack up against the legitimate juggernauts of the scene in competitive play.

Granted, with ESL One Cologne shifting to an online format after they struggled to ensure that the tourney would be playable offline on a LAN format, Chaos wouldn’t have the opportunity to test their mettle against some of the household names that Europe offers such as Astralis, BIG, or NaVi.

This is a relatively large blow to Chaos and their current glow-up, and it’s once again revolving around Josh Nissan’s match-fixing that is relegating the team to be unable to play; the team couldn’t play in the Road to Rio as it was qualifications for the Major.

Whether or not Chaos is actively looking to replace the player hasn’t been announced, but many are speculating that the team either needs to shift the player soon, or they’ll flounder back into obscurity if and when the current pandemic has finally been dealt with as teams switch back into offline tourneys. An unfortunate position for some that are looking to compete against some more worthy adversaries.

Read More: CS:GO – Chaos EC Won’t Be Playing In The ESL One Cologne Online Despite Domination