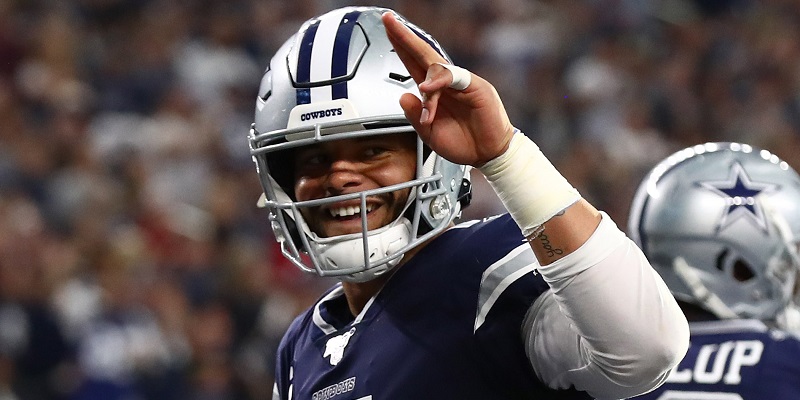 Quarterback Dak Prescott is content with his $31 million contract in 2020 even though last-minute negotiations toward a long-term deal with the Dallas Cowboys fell short.

Prescott is due $31.4 million under terms of the exclusive franchise tag and could earn nearly $40 million in 2021 if the team applies the designation again. Currently the exclusive franchise tag would yield a one-year, $37.7 million figure for Prescott in 2021. The amount is subject to change should other quarterbacks sign for deals with a higher annual average salary. “I’m a Cowboy and I couldn’t be happier,” Prescott said Wednesday to USA Today after the deadline for franchise players to sign long-term deals passed. “I look forward to working along with coach (Mike) McCarthy, the staff and my teammates to be the best team we can be in pursuit to our goal of a Super Bowl.” 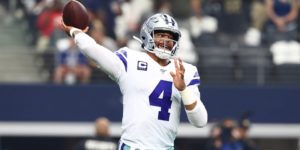 Prescott has not participated in the offseason virtual workouts or meetings, which included installation of McCarthy’s playbook as the team enters his first season since the former Green Bay Packers coach was hired to replace Jason Garrett.

Prescott turns 27 later this month, and could still be in line for a massive payday in the offseason. The Cowboys held firm on their position that a long-term deal would have to make financial sense for the franchise, as owner Jerry Jones laid out publicly at the 2020 NFL Scouting Combine.

Jane Slater of NFL Network reported Wednesday that Prescott personally got involved in the financial talks with the team Wednesday and was set to sign off on a deal worth between $33 million and $35 million per season, which would have placed his annual average salary value in the same range as Packers quarterback Aaron Rodgers and Seahawks quarterback Russell Wilson. Wilson was the highest-paid player at his position — thanks to a four-year, $140 million deal last April — until the Chiefs locked up Patrick Mahomes on a 10-year deal worth up to $503 million.

Signs of a fracture with the team were perceived Wednesday when Prescott’s brother took to Twitter to question the Cowboys’ decision to keep the quarterback on the franchise tag.

Kenya Moore’s Photo Featuring Marc Daly In Bed Has Fans Really Excited: ‘I Knew You’d Get Back Together!’ »