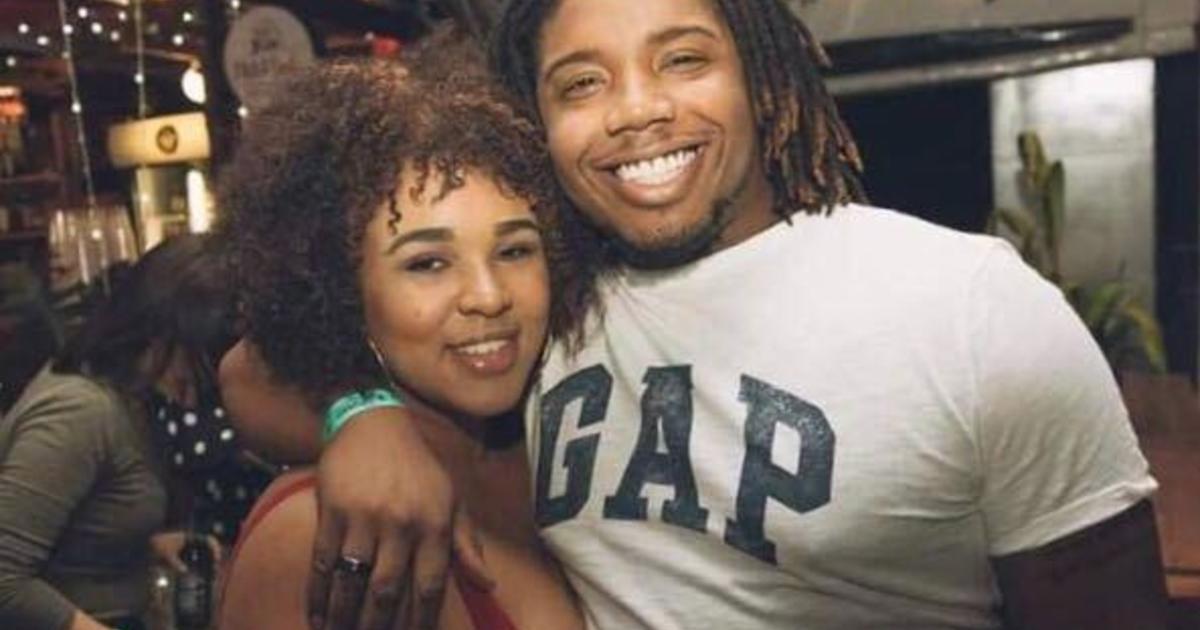 When Mariam Diallo, an American citizen from Baltimore, found out she was pregnant in January, it was the happiest moment of her life. But she never imagined she would have to deliver her first child without her fiance by her side.

“It’s been a nightmare to have to go through this alone,” Diallo told CBS News. “This should be the happiest time of our lives, and it’s just the most nerve-wracking. It just feels like there’s a big void.”

With coronavirus cases still trending upwards in parts of Europe and the U.S., Diallo said she has no hope the situation will change anytime soon. “It hurts me that he’s going to miss out on so much. The first year is the most important in a child’s life, and he won’t get to experience any of it. So many precious moments are being taken away from us, and we won’t get any of them back.”

The couple shares a story similar to countless others who have been separated from loved ones as governments try to curb the spread of the virus, which has killed more than 1 million people worldwide. CBS News spoke to at least 20 families and couples who have been divided by travel restrictions. Most spoke about how being separated from loved ones has impacted their mental health.

Isabelle B., a French high school teacher, hasn’t seen her partner, who lives in Alaska, in seven months. “Going through a global health crisis is already stressful and unsettling enough for everyone,” Isabelle said.

“I wish authorities understood that these travel bans are having immense mental health consequences for those of us who can’t be with our loved ones during these troubling times. I want them to know that we exist.”

Ever since Aisha, an American citizen, took a job as a financial auditor in Virginia when, she traveled between the U.S. and France, where her husband and son live. Aisha, who asked to only be identified by her first name, said she didn’t know how long they would be separated when they parted ways after the holidays in December.

“How do I explain all of this to my 5-year-old son, who is constantly asking where his mommy is?” Aisha said. “A part of me is missing… Not only am I missing my spouse, but the fact that I can’t hold and kiss my son is absolutely heart-wrenching.”

The U.S. has restricted travel from places including Brazil, China, Iran and much of Europe. Foreign nationals traveling directly from these countries are barred from entering the U.S.

Individuals married to an American citizen are also exempt from the travel restrictions as long as they have a spousal or tourist visa to enter the country. But because Aisha’s job in the U.S. was short-term and the family was not planning on moving full-time, her husband had not applied for one before the travel ban, and with visa processing experiencing significant delays due to the pandemic, Aisha says applying for one now “would not solve their immediate problem.”

Binational couples and families are sharing their experiences through social media campaigns like “Love Is Not Tourism” and “Love Is Essential,” urging governments to amend travel restrictions and include unmarried couples as part of the “essential” travelers list. The campaigns have seen some success with some countries, including Norway, Canada, the Netherlands and Switzerland, that have implemented new measures that allow foreign nationals to travel to their countries and reunite with their partners.

Kirsty Muller, a South African national, said she and Arrie Mitchell, an American, “instantly fell in love” in 2018 when they met in Florida, where she was temporarily working as an au pair. Shortly before Muller returned home in May, the couple decided they wanted to spend their lives together. But after Mitchell visited his fiance in Port Elizabeth last summer, Muller has been unable to return to the U.S., and Mitchell has been unable to return to South Africa.

“I look at my engagement ring every day and I don’t know when I’ll hold my fiancé again,” Muller said. “Not being able to see the finish line is the hardest, most painful part. We’re feeling hopeless. Our whole lives have been put on hold.”

South Africa closed its borders to international visitors in March, making it impossible for Mitchell to reunite with his fiance in the country. And Muller has been unable to obtain a K1 visa, known as the “fiancé visa,” in order to travel to the U.S. She applied in February, but the process has been put on hold by the State Department due to the pandemic. The U.S. Embassy in South Africa has also suspended routine visa service, leaving the couple’s reunion in limbo.

Jean Girard, a French entrepreneur based in Miami, said the travel restrictions are particularly unfair to foreign nationals who are living in the U.S., calling the situation “unacceptable” and “shameful.” While American citizens and Green Card holders are exempt from the travel restrictions, many visa holders like him, are not.

In March, Girard’s wife was visiting her family in France when the restrictions took effect. She hasn’t been able to return to the U.S. — a country she and her husband have called home for the past 20 years, and hasn’t seen her husband and son since.

“Foreign nationals work, pay taxes, contribute to the economy. We’re not citizens, but we’re not tourists either, and yet, we suffer the same restrictions as tourists,” he said. “Our whole life is here, so we should have a right to come back home. It’s like we’re being taken hostage.”

Carla, whose name was changed for anonymity, is a foreign national living in Florida. She said her father is “extremely sick” and living in a retirement home in Germany. Carla, an E-2 visa holder, said she’s being forced to make one of the most difficult decisions of her life.

“It’s very hard for me to make the decision to go and be with him because I simply wouldn’t be allowed back into the United States due to the travel ban if I did,” she said. “I can’t just leave my kids alone here, without knowing when I’d be able to return. I can’t risk my job and lose everything I’ve built all these years by being stuck abroad. It’s heartbreaking.”

Other travel restrictions have remained in place across the world. In South America, the number of COVID-19 cases has positioned the region as the global epicenter of the virus, with Peru being one of the countries with the most severe coronavirus outbreak in the world.

In March, Andrea Luri Abe and her family were preparing to move from Santiago, Chile, to Lima, Peru, where her husband, Ramón, received a new job opportunity. Ramón and daughter Helena flew to Lima, while Andrea stayed behind to get her 19-year-old son Antonio ready for college.

But by the time she was ready to leave, Peru had closed its borders. “It’s been seven months since I’ve been able to hug my daughter. I never dreamed of one day having to be without her for so long,” she said, adding that the hardest part of being away from her family is not knowing how long the travel ban will last.

“I missed Helena’s 16th birthday. We blew her candles together through FaceTime, and I immediately had to hang up so she wouldn’t see me cry,” Andrea said. “It’s been very hard for her to move countries and start all over. Not being able to be there with her during such an important change in her life has been extremely tough.”