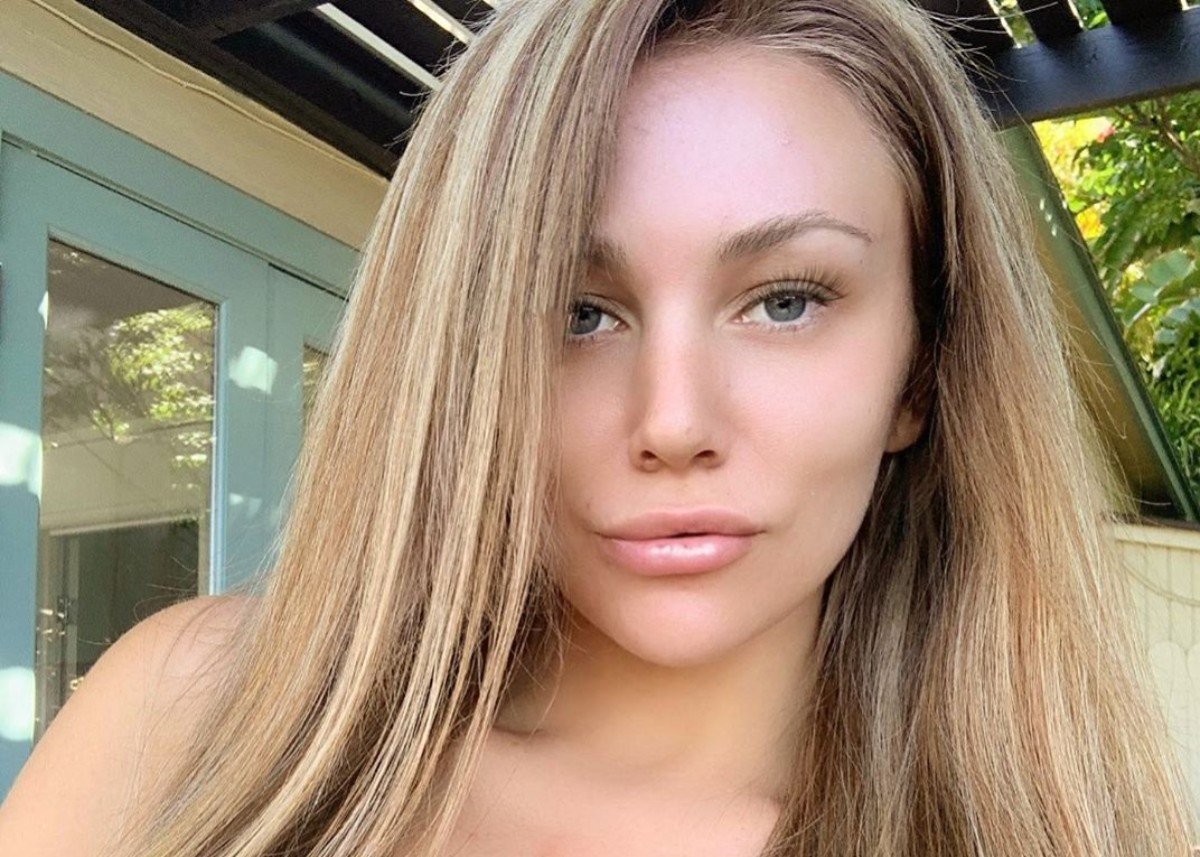 Courtney Stodden is making a lot of changes in her life. She’s divorced from her husband of 10 years, Doug Hutchinson whom she married when she was 16-years-old and he was 50. She now refers to Doug as her groomer and has found the courage to speak out about him. At the same time, she’s writing her memoir and healing from the past trauma that she’s endured. At only 25-years-old, Courtney has been through a great deal but she made it through. She’s also speaking out about underage marriage and says that she feels it should be illegal — even with parental consent.

While Courtney is finding her peace and voice, she’s also making physical changes. Courtney shared a new photo with her Instagram followers where she showcased honey-blonde hair with plenty of low and high lights. Her hair flowed past her shoulders and was one length. The look was a drastic change from her platinum, blonde hair and reaction to the new hairstyle has been great.

Many have remarked that her hair looks more youthful than the bleached blonde and complemented her natural beauty. You may see the photo of Courtney with the new hairstyle in the photo below.

Back to my natural hair color for Side Effects music video! Eeeeek so excited! #newmusic #naturalhair

As word continues to spread about Courtney Stodden’s singing more people are in agreement that the blonde bombshell is more talented than they were aware. Fans are rooting for Courtney not only in her singing, but that she finally finds the peace and joy needed to embrace her own self-worth and truly love herself.

Courtney has struggled with depression and has attempted suicide in the past. As more people hear her story, more are holding her in prayer and encouraging her to focus on herself, her healing, her career, and to find the power to live her life to the fullest and on her terms.

Courtney wrote and sings the song “Butterfly,” that you may hear below. A portion of the lyrics read as follows.

You may hear Courtney Stodden’s song “Butterfly” in the video below.

Courtney is speaking out more about her marriage to Doug Hutchinson and people are anticipating her memoir where she will reach deep into the pain and trauma she endured and tell her story. You may hear Courtney speak about her teen marriage to a 50-year-old man as she addresses allegations that he has a history of grooming young girls below.

What do you think about Courtney Stodden’s new hairstyle? Do you like her song “Butterfly”? Are you looking forward to her new single “Side Effects” and her memoir?